Can Solskjaer combine Pogba and Bruno?

Despite struggling in recent years, Manchester United still expect two things: to challenge for the Premier League title and attack. To compound internal issues, the two clubs who now consistently meet those expectations are their bitterest rivals, Manchester City and Liverpool. If United intend to tear down their enemies, Ole Gunnar Solskjaer must steal a page or two from Pep Guardiola and Jurgen Klopp’s playbooks. The question is which pages?

City and Liverpool attack in distinctly different manners. Liverpool comes at opponents vertically, generating scoring chances from the wings. The fullbacks bomb forward to whip in crosses while two holding midfielders, usually captain Jordan Henderson and one from Fabinho, James Milner or Naby Keita, hang back to defend narrowly. City attempt to draw defenders out of position with lateral movement. Their midfield and forwards ping the ball around while the full-backs act as safety valves along either touchline. A single holding midfielder, Rodri, shields the centre-halves. Defensively, Jurgen Klopp’s double pivot is easily more effective. Poor defending cost City their Premier League title this season.

United fans don’t rate their defence even though the rearguard kept five clean sheets in their last six matches across all competitions. The Red Devils rank joint-fourth, conceding 29 goals in 27 league matches. The problem is “poor defending” City are the other fourth-ranked side.

Given that dynamic, it isn’t difficult to see why Ole Gunnar Solskjaer emulates Jurgen Klopp’s double pivot. Even so, the real problem is the attack. City’s 68 Premier League goals leave United’s 41 choking in their dust.

Bruno Fernandes’ acquisition immediately made the Red Devils more dangerous, as the opening and closing goals against Watford on Sunday demonstrated. Fernandes recognized the Hornets’ press opened space on the flanks. He occupied it, collecting two long passes in the counterattack. With the first, he drove at goal and forced the late-charging Ben Foster into taking a penalty the Portuguese subsequently hopscotched into the net. After Anthony Martial’s cheeky, close-range chip made it 2-0, Bruno calmly squared the second-received pass for Mason Greenwood to blast into the far upper 90.

Yet, while a genuine playmaker brings out Martial’s best and Greenwood is a clinical finisher, they are the only tools to hand for Fernandes. Marcus Rashford is missed through injury. Daniel James’ pace no longer surprises opponents. The Welshman last scored on Matchday 4. He hasn’t assisted in seven games. Fred consistently makes himself available in dangerous positions but can’t control the adrenaline rush just before his boot connects with the ball. His shots invariably end up in the terraces. Jesse Lingard and Andreas Pereira are squad players at best. While this summer’s war chest will primarily be spent providing Bruno with further options, there is one more player in-house who can make a difference for United. 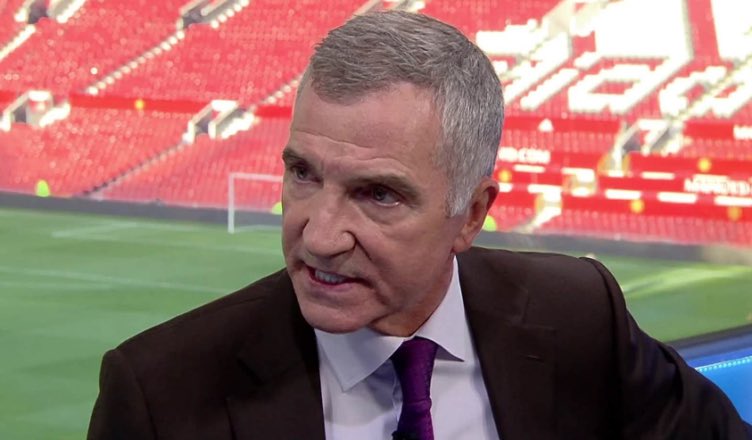 Paul Pogba’s back in training following his ankle surgery. Despite leading the team in goals and assists last season, the Frenchman can do no right in many a fan or pundit's eyes. Mino Raiola doesn’t help matters but United supporters shouldn’t jump to the conclusion the public posturing from Pogbal's contentious agent indicates the player wishes to leave. How many United players negotiated fat pay raises and contract extensions in the past two seasons? Like it or not, this is how things are done and contemporary players retain the professionalism necessary to separate on and off-pitch business.

When the exit rumours reached their peak before the holidays, Pogba returned to the lineup, playing through pain for two games, making a difference before he eventually opted for surgery. At the time, Pogba manned the same boat Bruno now rows, one filled with passengers, none of whom seem capable of taking up oars. When he stood head and shoulders above his teammates in the United midfield, Pogba needed help. Since arriving from Sporting CP, Bruno finds himself in the same predicament. Why then can’t they help each other?

Solskjaer must tinker with his formation to pair his [sorry, Mino] two dynamic playmakers. Recently, the Norwegian alternates between a three or four-man rearguard. When he plays the three, Brandon Williams and Aaron Wan-Bissaka take up the wing-back roles. While AWB develops a proficiency for crossing the ball, Williams doesn’t. Instead, Luke Shaw tends to push forward from his left centre-back position to press the attack. He did likewise while deployed as the left-back in a four against Watford. Unfortunately, neither knows what to do in the final third.

The space they occupy is prime Pogba territory. Not one to track back with any zeal, however, Monsieur Labile isn’t suited to either centre-half or wing-back. He needs to be on the left in an advanced midfield role. If Solskjaer’s left-backs aren’t going to deliver service into the box like Andy Robertson, the Norwegian must opt for a single pivot and encourage their defensive instincts. Meanwhile, Bruno can benefit from Pogba’s presence as Kevin de Bruyne does from Bernardo and David Silva.

In the defensive midfield, choosing between Nemanja Matic, Scott McTominay and Fred will be harsh on two. All three make positive contributions to the United cause this term. Again, however, that cause is to challenge for Premier League titles and attack. With Pogba and Bruno providing a double pivot in the final third, United, who already excel on the counterattack, will be better able to move the ball around to unlock defences.

The haters can disparage Paul Pogba to their hearts' content. United's most promising option going forward is inserting him into the lineup with Bruno Fernandes. In Barcelona, the naysayers claim keep telling us Lionel Messi and Antoine Griezmann can't work together, each is jealous and neither will pass to the other. Really? Look who's topping La Liga these days.