Can Spennymoor Town become the latest side to reach the National Premier?

The North East has always been known for its passion for football, from Newcastle United down to Blyth Spartans. One team that has largely gone unnoticed on the National radar is Spennymoor Town.

Spennymoor United folded in 2005. The club merged with Evenwood who also were in financial trouble at the time. Spennymoor Town was born. They began life in the Northern League Second Division, English football's tenth tier in the current structure.

In charge for more than a decade, manager Jay Ainsley formerly played for the Brewers. His success is rare for a non-league side; his passion for the club shines through. In 2009 Bradley Groves took over as chairman, leading to an incredible run of success.

Over the next five seasons, Town won the Northern League title in four of five campaigns, on the last occasion opting to take promotion. The only season they didn’t win the title, they claimed the FA Vase in front of over 16,000 fans at Wembley.

Their first season in the Evo-Stik Division One North saw them reach the playoffs. They did it again the following season, this time earning another promotion.

The Evo-Stik Premier is a division most struggle to pass through at the first time of asking [on their way up the ladder]. The Brewers accomplished the feat. For the first time, a club from Spennymoor would be playing in the National North.

In their new surroundings, they were met by Football League regulars Stockport County, York City, Darlington, Boston United and Kidderminster Harriers as well as high flying Salford City. An atrocious fixture pile-up following the horrific North East weather, along with a cup run, ultimately led to the side falling away. They finished just short of the top seven last season.

This season, Ainsley's squad appear set to go one better. 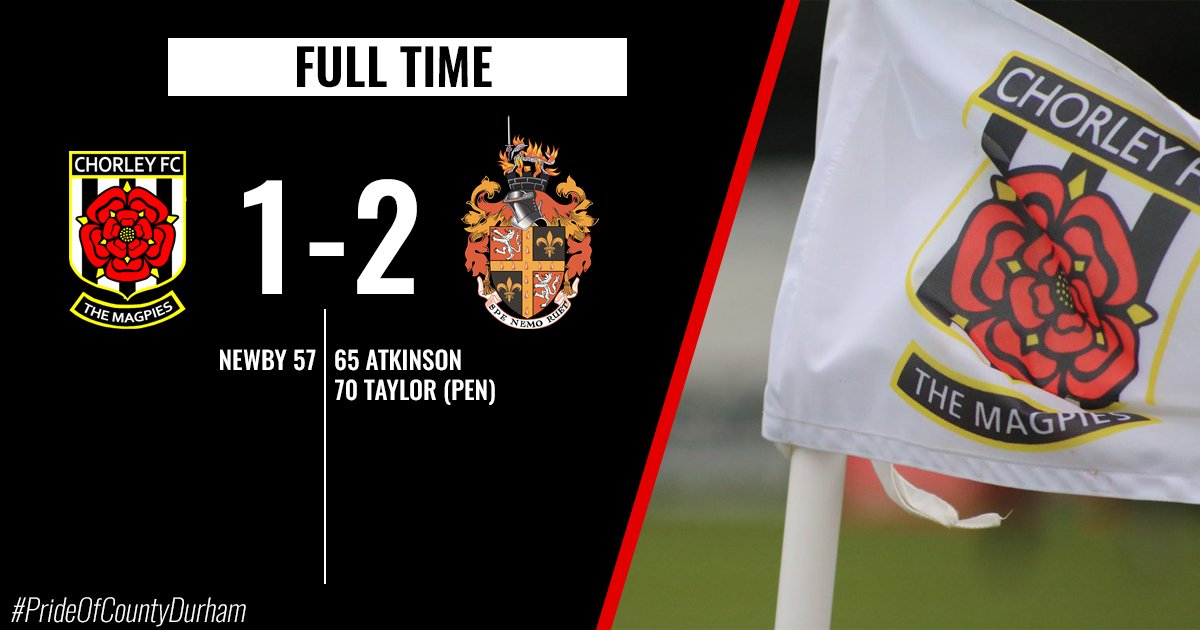 WHAT A WIN! Elliott Newby gave the home side the lead, but a Rob Atkinson header and a Glen Taylor penalty earn a huge three points. We are up to third and one point off the summit of the National League North! (1-2) https://t.co/vslxUsdD0G
Follow
16:54 PM - 3rd Nov 18
29
153

Salford and Harrogate were the two outstanding teams at this level in the 2017/18 season but they left a power vacuum when stepping up to the National League. In pre-season Chester and Stockport were tipped for the title. The Blues are picking up the pace after a slow start but County still lacks consistency. Chorley went 12 unbeaten to lead the table early. Three straight defeats brought them back into the pack. Meanwhile, Ainsley made changes in key positions, including in goal and defence. Problems arose last year with a string of individual howlers.

After a shaky start, the Brewers produced several dominating displays, bringing them within four points of the summit. Impressive 3-0 victories away at Hereford and at home to York City stand out. Even so, the 2-1 win at Chorley was arguably most impressive.

Despite being held to a 1-1 draw at Guiseley, last weekend, Town lie just off the top in fourth. There's no clear standout team in the division. Spenny can take advantage. The six-team playoff format at this level will also help although there is no reason they can't aim higher. In its current or previous form, the club never reached non-league football's top level. With Ainsley as manager and Groves in charge, it appears to be just a matter of time.

Promotion, as it should, will present their biggest challenge to date. The National League houses some huge clubs, the majority of whom are full time. Brewer Field will require upgrading in the bargain. Changes have been made since they took their place in the National League North. The ground is good enough for them to be promoted but updates would be needed by the following March if they did make the National Premier.

So far they have shown no sign of slowing down even when faced with new divisions and challenges. Based on what has happened in the first three and a half months of the season I would not be surprised if Spennymoor Town are the latest team to grace the National Premier next season.