Can Takefusa Kubo save Real Mallorca from relegation?

Takefusa Kubo is very hands-on when it comes to his career. It takes courage to reject Barcelona for Real Madrid when you are already at La Masia. Los Blancos clearly noticed his ambitions. They granted his loan wish so he could gain the fullest La Liga experience rather than wasting time in the lower tiers with Real Castilla B.

Among the many clubs interested, Mallorca secured his loan signing. At first, it was tough. Even Lionel Messi needed time to adapt to the Primera Division as a teenager. On the other hand, Kubo is dubbed the “Japanese Messi”. The original had Xavi, Andres Iniesta and Ronaldinho by his side and Pep Guardiola urging him on. Kubo doesn't enjoy such a strong support system. That said, Mallorca's ups and downs represent a learning curve. After taking his time to find a path to success, he’s chosen to ride in with guns blazing.

After initially ranking among their more underperforming players, the Japanese winger’s effectiveness sky-rocketed in recent weeks. With a lone goal in the Balearic island side's first 24 games, he struck for two and an assist in the last three. Mallorca collected four points in their last two matches, moving them to within a point of safety. Kubo's magic required time to percolate but it's now heating up Los Bermellones.

Since the dramatic game against Real Betis game wherein he rescued a point, he creates chances with greater frequency. Indeed, his 0.19 expected assists per 90 [Understat] is bettered only by left-back Lugo Agbenyenu.

But those are rookie numbers. If he wants Zinedine Zidane’s undivided attention, more productivity is required. The teenager must mature into a consistent professional. Rather than dazzling everyone with his flashy skills, he can link-up better with his team-mates to fire Mallorca into survival. Apart from Agbenyenu, Los Bermellones boast a unique attack with hot n’ cold prospects. Salva Sevilla is aggressive in his creativity, averaging 2 key passes per 90 [WhoScored]. Lago Jr and Dani Rodriguez are tricky enough to torment defenders but lack a killer instinct. Top-scorer Ante Budimir makes do with whatever his supporting cast puts in his path. 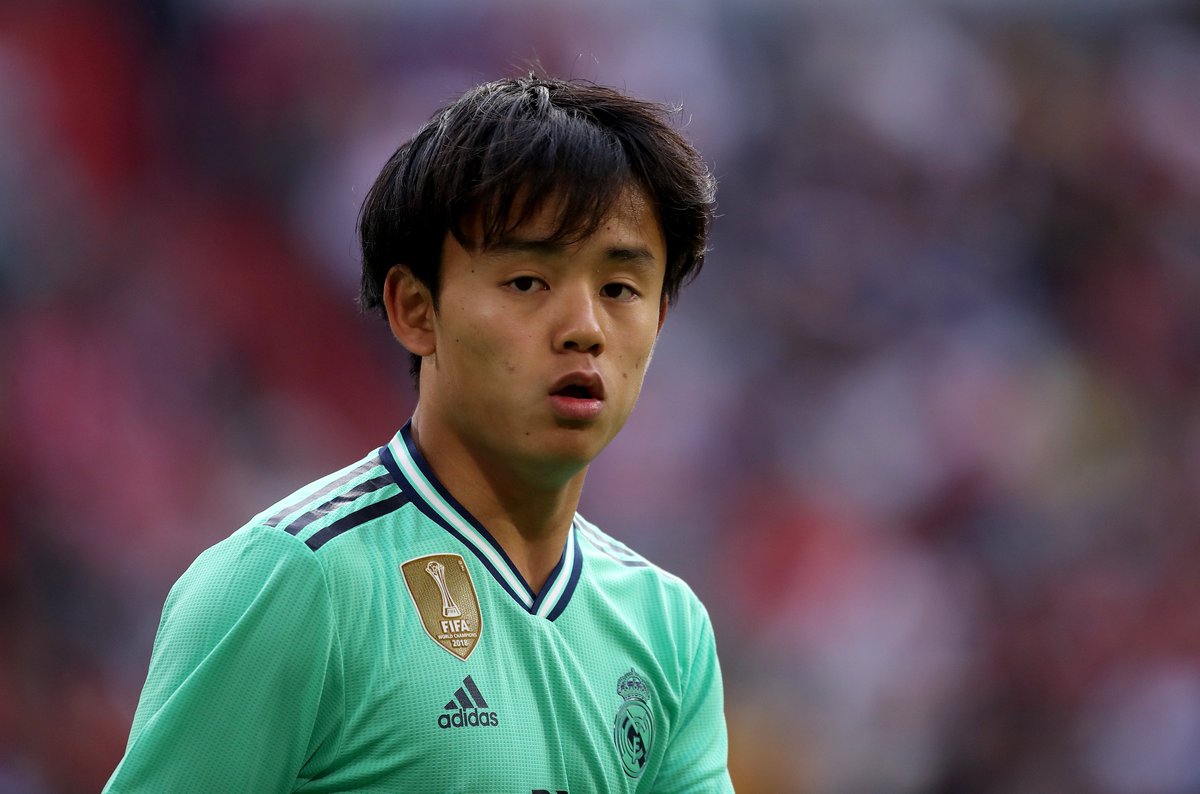 Infinite Madrid
InfiniteMadrid
Follow
Takefusa Kubo: “When our training camp in North America ended, Zidane told me that he wanted me to stay in Real Madrid this season, but I talked to him and told him that if an opportunity to play more minutes was coming my way, I'd like to go out on loan.” https://t.co/OBQjiF2yRm
Follow
10:50 AM - 27th Dec 19
68
707

To drive Mallorca's success, Kubo must develop greater chemistry with the other skill players in the lineup. His crossing and passing into dangerous areas must become more precise. While Take’s 0.8 key passes per game isn’t encouraging, his clever movement and dribbling ability carry him into the danger areas more often than others. He just needs to be more aware of his teammates.

The 18-year-old offers greater penetration into the box than anyone at Zidane's disposal but he doesn't see other options when his path is blocked. Lucas Vasquez doesn't cut it. Fede Valverde offers more in central midfield. Gareth Bale can't be bothered anymore.

Kubo possesses the necessary tools. He must learn to use them and thrive under greater pressure. Mallorca face a daunting task. Barcelona flies down this weekend. Can he carry the Mallorca standard against the champions he rejected? The Blaugrana do struggle on the road this season. Without a doubt, Zidane and his Real Madrid teammates would love to see Take Kubo put a dent in their Clasico rivals title defence.