Can Teemu Pukki fire Norwich City to safety this season?

Before the season kicked off, many had typically written off the newly promoted teams (Aston Villa aside who have spent big bucks). Perhaps it was rather naive to not give Norwich City any hope whatsoever. After all, they did win the Championship last term; powered by Teemu Pukki's 29 goals.

The 29-year-old forward signed on a free transfer just last summer - following the failure to agree a new contract with former club Brøndby. Their loss was the Canaries' gain, with the man from Finland hitting the ground running and leading from the front. Who says there are no bargains in football these days?

Doing it in the Championship is one thing, but replicating those goals in the Premier League is an entirely different beast. With respect to English football's second tier, it's a complete step up in quality and class. Surely it'd take Pukki some time to adjust, right?

Wrong. Although Norwich would have been disappointed with the 4-1 defeat away at Liverpool, the overriding feeling around Norfolk had to be one of optimism. They troubled, and eventually managed to breach the sternest defence in the Premier League from last term. The exquisite goal coming from Pukki's right-foot, rounding off a well-worked move.

Pukki was intent on proving that he's not just a flash in the pan. In Norwich's first home game we saw his immense ability on full display with a stunning hat-trick. The first was the pick of the bunch; a sweetly struck volley leaving the Newcastle goalkeeper hapless. Four goals in two games is the perfect way to start your Premier League career, eh? 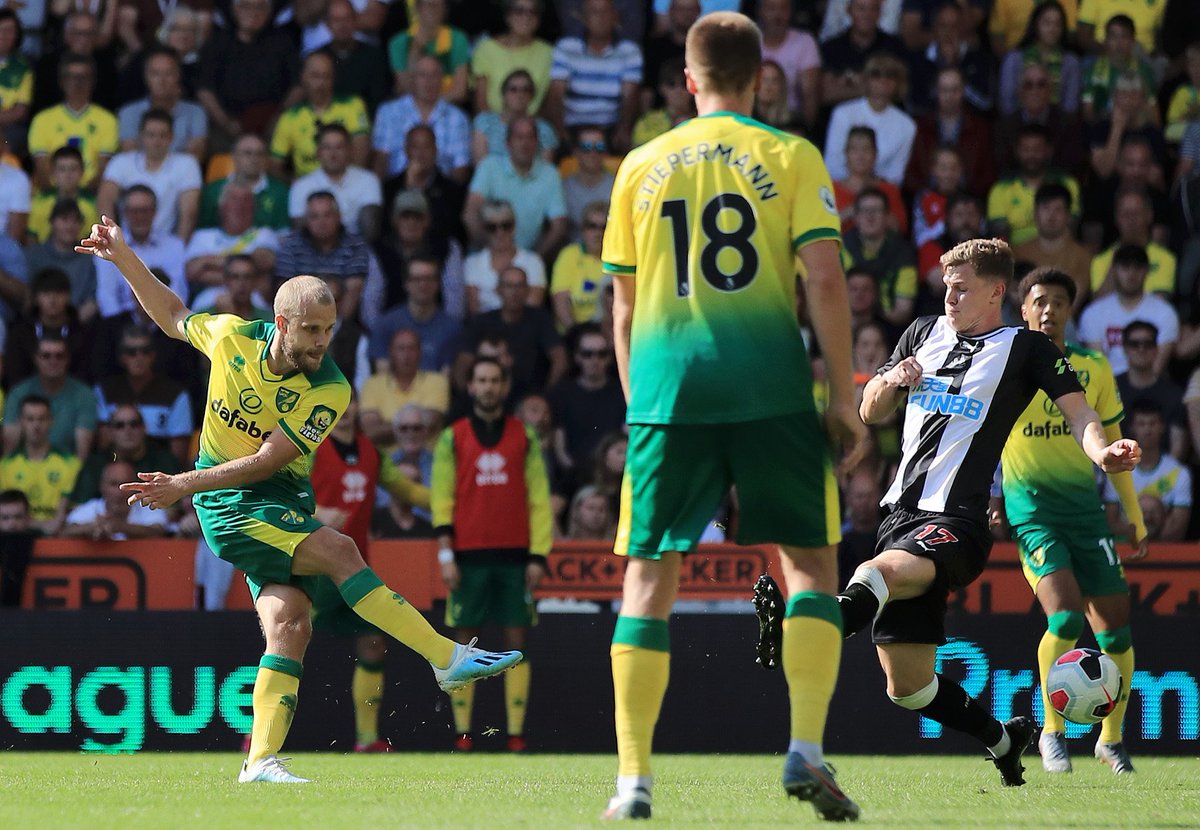 Just how far can Pukki take Norwich? Well, if you've got a proven goal-scorer leading the line, you'll always have a chance at winning football matches whoever the opposition. It's based upon utilising the Finns' skillset in the correct way and so far, The Canaries have done that perfectly.

It's about perspective. Norwich will know that collectively they'll go through times of struggle over the next nine months and personally, Pukki will probably have dry spells. That's just the nature of the game. Coming through those barren spells is sometimes difficult, though a good way to go about avoiding them is to make Carrow Road an absolute fortress. With those passionate Norwich fans crowding the stands, and a deadly hit-man leading the line, there's a real possibility of that happening.

They say that availability is the best ability. Rather remarkably, in his last four full seasons, Pukki has played 40+ games. He rarely gets injured and that's an extremely underrated commodity in this day and age.

In the end, it's about winning the games against the sides in and around you. Norwich will take some hidings from the so-called Premier League big-boys because of the open, expansive football they try to play. However, that same style will no doubt garner positive results against the teams who'll be sitting along with them in the bottom half of the table as the campaign progresses. Any striker worth their salt will typically aim for that 20-goal-a-season mark. Pukki is well on the way to that tally and if his brilliant form continues then Norwich has every chance at pulling off the impossible...