Can toothless Lazio bite AS Roma in Derby della Capitale?

Romans await two fixtures every calendar year: the Derby Della Capitale double. Occasionally a cup tie arrives as an unexpected bonus but anticipating each meeting is just as exciting and intriguing as the last. The two clubs cohabit Stadio Olimpico in a similar fashion to Internazionale and Milan at the Giuseppe Meazza/San Siro. Maybe the capital rivalry isn't so heated since they don't change the name of the venue depending upon who is hosting. Just have the common sense not to voice that thought to Giallorossi or Biancocelesti supporters.

Saturday, it will be Lazio’s turn to host the party. Expect fireworks. When it comes to Roman derbies, there are no boundaries. The tension, aggression and strife exceed fever-pitch without fail. To these sides, the battle for supremacy surpasses winning the Scudetto. In this season's second meeting, though, much more than just the key to the city is up for grabs.

Six points separate them in fifth and sixth. Roma claim the advantage with 44 points although Simone Inzaghi's men hold a game in hand. Victory will move Lazio closer to their eternal enemies while putting a spike through I Lupi's Champions League aspirations. Eusebio di Francesco's side is a point behind Milan and three adrift Inter. Inzaghi's boys have to keep an eye on their surroundings. Le Aquile are equal on points with Torino and Atalanta. Fiorentina and Sampdoria sit two points back.

All hope to sneak into the Champions League party. It's a burglar's convention. Juventus and Napoli have all but sealed their places in next season's competition but the Milanese duo can still be caught.

Lazio must be at their best on Saturday. Recent results haven't favoured them. After crashing out of the Europa League at the Round of 32 with a 3-0 aggregate defeat to Sevilla, the Biancocelesti were held by Milan in the Coppa Italia on Tuesday. The stalemate is particularly poor considering last weekend’s Serie A match against Udinese was postponed so they could avoid three matches in six days. 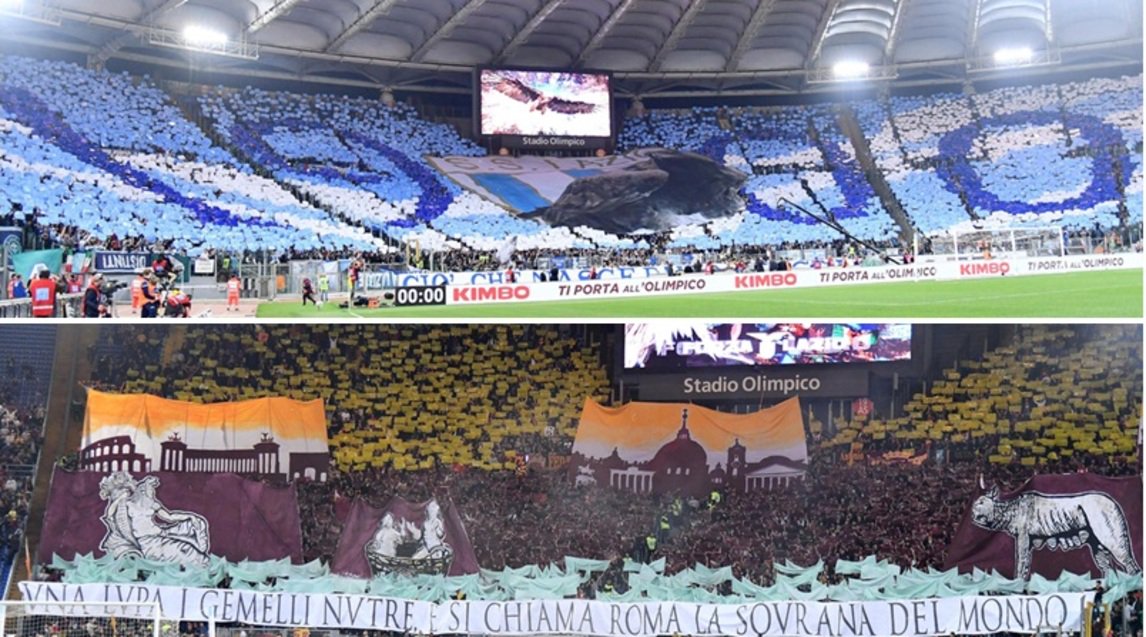 In the league, the Eagles managed only two victories in their last six. Inzaghi has to be concerned with the attack's poor form in the final third. The Eagles have found the net twice in their last five matches. Ciro Immobile fired blanks in his last four, dating back to a stalemate at Inter. Overall, the entire Lazio team hit the target 33 times to date. That's less than Cristiano Ronaldo (19) and Krzysztof Piątek (18) combined. Of all teams in the top half, only Torino (30) are more impotent. Immobile's accounted for one-third of Lazio's goals.

The odds are against the hosts. Lazio won just one of the last six derbies when playing in front of their own supporters while losing three times. The Eagles' record against Serie A’s elite is another cause for concern. In 11 matches in all competitions against Juve, Napoli, Inter, Milan, Roma, Atalanta and Torino this term, they've claimed four draws. In addition to their attacking woes, they conceded in ten of those matches.

Roma, meanwhile, is in excellent form. Eusebio Di Francesco’s side is undefeated in nine Serie A tilts. The goals rain down in the New Year. Juventus are the only side to topple the Wolves since December. Di Francesco's charges struck at least twice in 10 of those 12 games, pulling 25 of a possible 36 points. Inter, Milan and Atalanta all were held during that run.

Roma owns the capital since 2011. They won the first meeting earlier in the season. If they can keep Immobile immobile, their dominance should continue.