Can we conclude the title race is over for Manchester United?

Manchester United have had a pretty chaotic first half of the season. Clearly, it hasn’t gone in their favour. The Red Devils are 16 points behind their cross-city rivals who lead the Premier League charge. With 24 matchdays still ahead, everything is far from over. Nevertheless, has United given themselves too much to do? Can they realistically catch the Citizens?

Those questions cannot be addressed to low budget pretenders (beyond the top six) with no real chance of ever winning the title. Not even a Tottenham Hotspur. When you’re Manchester United, you’re expected to compete valiantly for the title every year. That hasn’t been the case since Sir Alex Ferguson left the club in 2013.

To foster continuity, Mourinho’s contract was extended beyond 2018-19. The aftermath has been largely unanticipated. United are struggling when they shouldn’t. They aren’t scoring as they should. They’re conceding bucket loads, too.

‘You start as you mean to go on’ is a popular saying. Manchester United has started in the worst imaginable fashion. They’ve lost four and drawn four of their first 14 league games. It leaves them seventh on the table with 22 points, two away from 10th placed Watford. United are 10 points away from their position this time last season.

Manchester United’s poor start has been compounded by their inability to outscore opponents. They haven’t scored more than three goals in a game this campaign. On the other end, they’ve uncharacteristically leaked goals (even with David De Gea). The effect on their goal difference has been telling. United has a GD of minus one.

Unless things change quickly in the coming weeks, United would get leapfrogged by both Leicester City and Bournemouth. Leicester especially. The Foxes are only one point behind and are showing brilliant form lately. 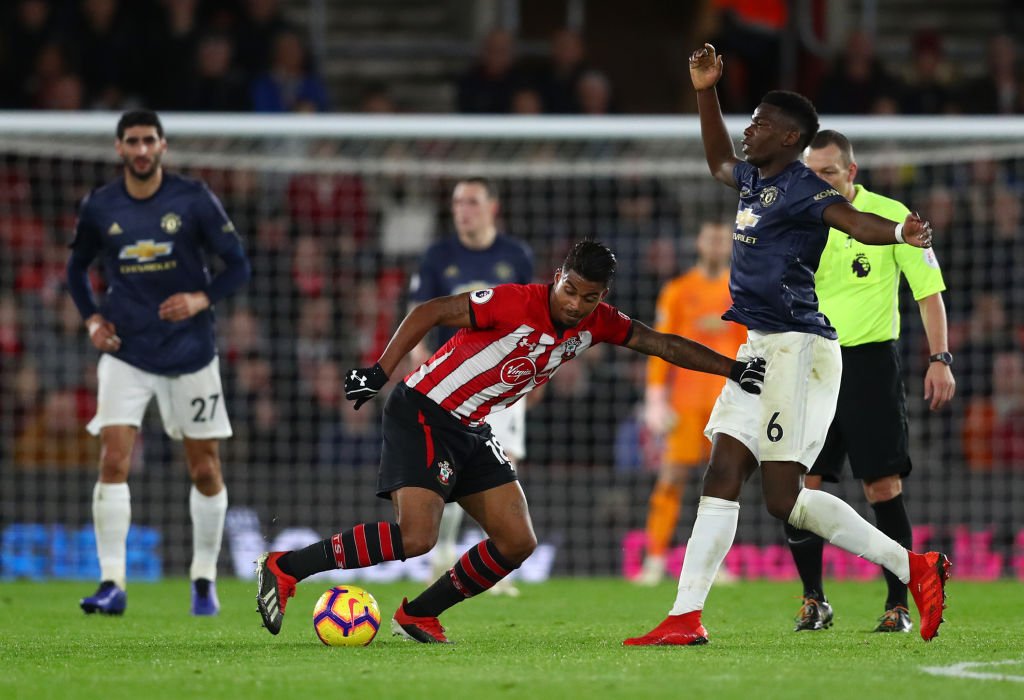 WhoScored.com
WhoScored
Follow
Paul Pogba: Was dispossessed more times vs Southampton (8) than any other player has been in a Premier League match this season

If you debate there isn’t much unity in Manchester United, you have a high probability of winning. Mourinho can’t stop criticising his group. According to Daily Record’s Duncan Castles, Mourinho labelled Paul Pogba a “virus” following his recent poor showing against Southampton.

Besides Pogba, the gaffer isn’t happy with his rearguard. The Portuguese's crave for a defender has been well documented. In attack, he’s ostracised Romelu Lukaku, Anthony Martial and Alexis Sanchez on varying occasions.

Each time United lose points, there’s always a department to be placed on Mourinho’s chopping table. That’s not a not a trait of true title contenders.

December opens the floodgates of fixtures, mixed with the biting winter cold. It’s a tough month for every Premier League outfit. With their poor form, it’ll be a tougher month for Manchester United.

The Red Devils began December by dropping a couple of points on the South Coast to Southampton. They almost lost all three. Up next for United is Arsenal. High-flying Gooners visit Old Trafford on December 5. Then Fulham, before travelling to Merseyside to battle Liverpool.

Manchester United has seven league games to play in December. How many can they win?

Inconsistency has plagued United since the start of the campaign. They’ve been unable to string four wins together since the season began. Injuries to key men haven’t helped – Marcus Rashford is a doubt for the next game, Sanchez lies on the treatment table.

Can Manchester United play well enough to overtake Liverpool? Let alone Manchester City. With inference to how the season has gone on for Manchester United, it’ll take a staunch fight to see them finish among the top four. The Premier League title is well beyond them at this point...