The UEFA Champions League is back. The competition is renowned for producing a high standard. Juventus and Tottenham Hotspur played their parts Tuesday night. It's the turn now of Real Madrid and Paris Saint-Germain to take centre stage.

Outsiders Shakhtar Donetsk and AS Roma will compete for a last eight spot. Both have received kind draws. Los Blancos and PSG, meanwhile, weren't so lucky.

The two sides experienced differing fortunes in the last round. Madrid had to settle for the second spot in Group H behind Tottenham. The Parisians topped Group B, finishing above Bundesliga champions Bayern Munich.

The stage is set for Valentine's day. The outcome at the Santiago Bernabeu will have a huge effect on the second leg. It's all to play for.

Here are two reasons Wednesday night's encounter between Real Madrid and Paris Saint-Germain will be a cracker.

Parity between the two giants

Not too long ago, Madrid looked like their foot had been taken off the pedal. It was a mini-crisis. Los Blancos succumbed to Tottenham at Wembley, tasted home defeats in La Liga against Barcelona and Villarreal, as well as suffering Copa del Rey elimination at the hands of Leganes.

Poor form has left Zinedine Zidane's men chasing shadows in their quest to defend the La Liga crown. They sit fourth, a massive 17-points behind bitter rivals Barcelona. As a result, many consider Madrid inferior to their next Champions League opponents. Having spent a fortune in recent times, PSG are on a mission to overtake Europe's elite teams.

The reigning European champions, however, have begun proving doubters wrong. Having seemingly fallen asleep, they awoke in time for Deportivo La Coruna's visit to the Bernabeu. The home side dismantled their opposition 7-1. Madrid's resurgence continued, comfortably seeing off Valencia 4-1 before inflicting a 5-2 defeat on Real Sociedad.

Los Blancos are now ready to take on any challenge. PSG are equally up for it, though. 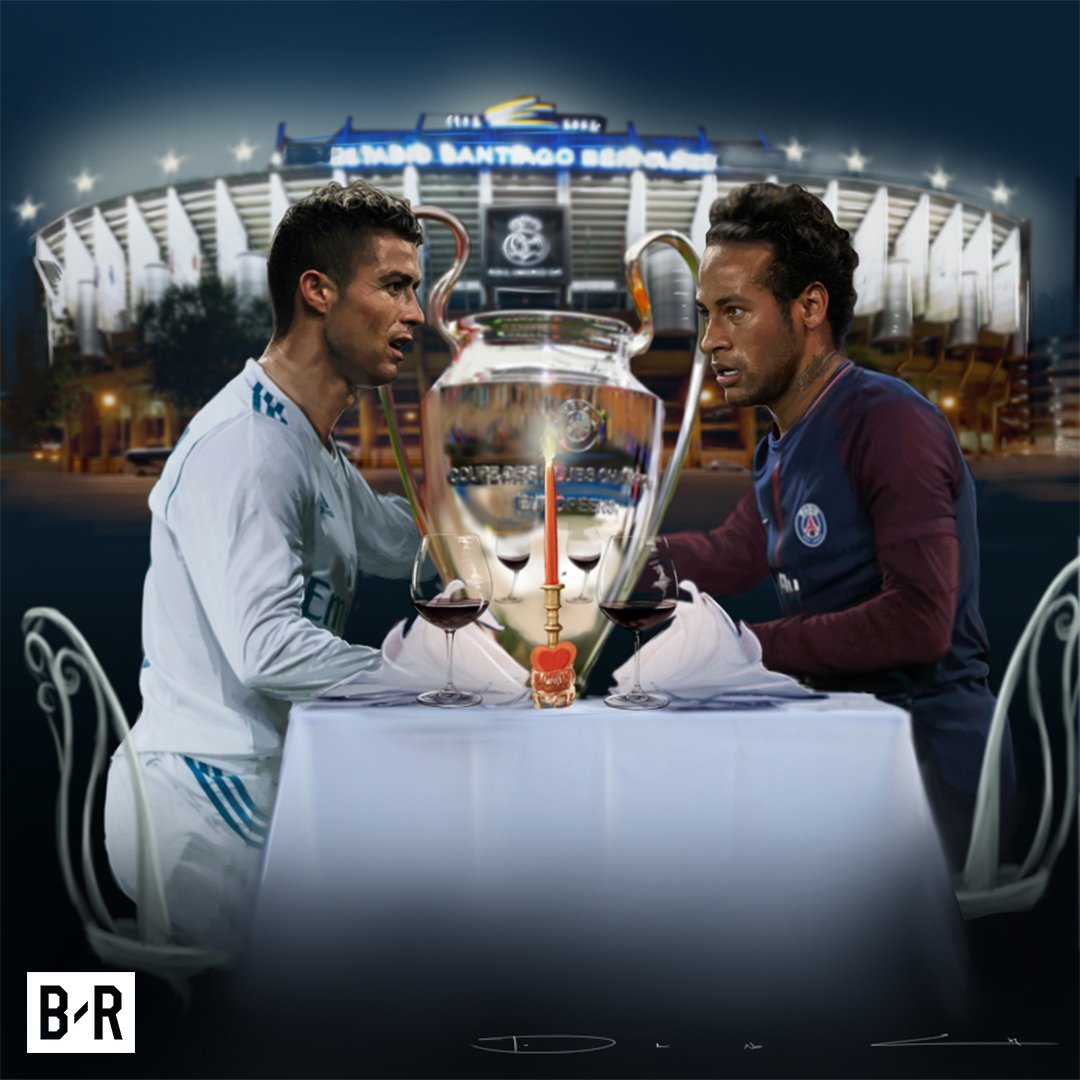 With PSG determined to lift the Champions League and Madrid committed to defending their crown, the tie will be hotly contested. Both teams are on equal level.

Neymar stepped out of Lionel Messi's shadow at the Camp Nou to win the Ballon d’Or.

Cristiano Ronaldo picked up the award for the fifth time last December. Since moving to Paris, however, Neymar is a serious contender to be named the world's best footballer. Many now think the Brazilian international has surpassed Ronaldo. The Portuguese has failed to find top form consistently this season.

With his spine-tingling dribbling skills, Neymar's threat from the left is unrivalled. He has scored a staggering 28 times this season compared to Ronaldo's 26. The duo's Champions League clash is a chance for both men to prove their superiority.

If PSG eliminate Real Madrid, Neymar's only obstacle to winning the 2018 Ballon d'Or is Messi. However, the Brazilian's failure to progress further in the Champions League will leave him waiting at least another year to pick up football's most prestigious individual award.