There's still all to play for

The Championship play-off first leg semi-final between Huddersfield Town and Sheffield Wednesday was far from a dull affair. The atmosphere at Huddersfield's John Smith's Stadium was rocking. As you would expect in any Yorkshire derby (let alone one as significant as a play-off semi-final), there were some tasty challenges flying about. Referee Paul Tierney distributed five yellow cards during the encounter. With 25 fouls committed during the match, arguably there could have been more cards given out.

However, both teams played competitively and the match ended in a goalless stalemate. David Wagner's substitutions in the last few minutes of the match reflect that he clearly felt it wasn't to be Huddersfield's day. In the 90th minute, the Terriers manager brought on defenders Tareiq Holmes-Dennis and Martin Cranie. Had Huddersfield been on the ascendancy and looked likely to score, Wagner probably wouldn't have made these substitutions. The two changes were clearly carried out to waste a bit of time, as well as to add some defensive resilience to help shore up Huddersfield's defence and avoid conceding in the final few minutes.

Huddersfield Town
htafcdotcom
Follow
90' SUBS #htafc 0-0 #swfc: @nahkiwells & Chris Loewe are replaced by Martin Cranie and @Tareiq395 (AT)
Follow
13:49 PM - 14th May 17
2
3
With little separating the two teams except being more clinical in the final third of the pitch, there is still all to play for on Wednesday, when the play-off semi-final second leg takes place at the iconic Hillsborough stadium. Sheffield will have the home advantage, but Huddersfield certainly won't make it easy for The Owls. It should make for a cracking game of football.

It is widely recognised in football that possession is important. Players will tire as they chase down the ball; keep the ball and they are less likely to tire (and importantly, more likely to score).

But this weekend, Huddersfield perfectly illustrated possession isn't everything. The West Yorkshire club had 69% possession. However, aside from a few half chances, they never really looked like scoring.

Arguably, this has been Huddersfield's problem all season. Despite finishing fifth in the Championship, they had a negative goal difference of two. Whereas Championship winners Newcastle United netted 85 times during the 2016/2017 season, Huddersfield scored only 56 goals. To put this into perspective, Nottingham Forrest scored 62 goals and yet finished 21st, just above the relegation zone.

Clearly, scoring goals isn't everything; defending is important too. And at the end of the day, it's results that matter. But the statistics speak for themselves. Under David Wagner, Huddersfield play the ball out from the back and produce some beautiful football. However, they need to start translating this possession into more goals. What better time to start than on Wednesday in the second leg of the Championship play-off semi-final?

Huddersfield had eight corners during the match. Now, to state the obvious, corners are a fairly straightforward way to score a goal. Put a decent delivery into the right area and you stand a chance. Aaron Mooy has been excellent all season for Huddersfield, as indicated by his place in the Championship Team of the Year. However, his delivery on corners was fairly below par, often failing to beat the first man. But there is a broader issue here. Huddersfield don't really have any aerial presence in their team. Defenders such as Michael Hefele are solid in the air but in terms of strikers, Town don't have a target man. Nakhi Wells is a fox in the box style goal scorer; he's not the sort of striker who will hold up the ball or win a header. 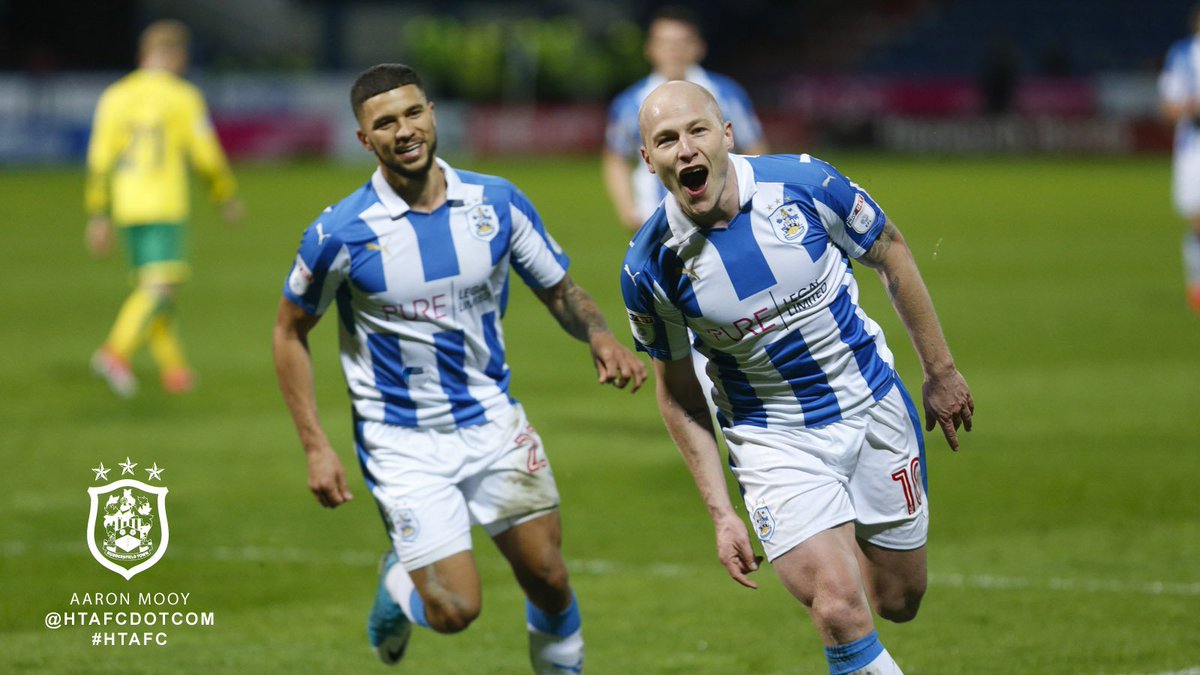 Huddersfield Town
htafcdotcom
Follow
READ: #htafc midfielder Aaron Mooy has been named the Blue and White Foundation 2017 Player of the Season 🏆 https://t.co/yjqjdGpvt2 (AT) https://t.co/uROrx9alXJ
Follow
11:03 AM - 27th Apr 17
39
252
Huddersfield arguably need a target man striker. Even if Wagner would rather not start a target man for fear of it influencing the team's style of play, he could always put the player on the bench. Sometimes, the tippy-tappy football and playing it out from the back isn't effective in terms of scoring goals. But bring on a target man, put in some crosses and you've a decent chance of getting something. Every corner and set piece, the player will give the team self-belief that they could score. At the moment, when Huddersfield get a corner, the team just doesn't appear to have that confidence.

One to watch: Jordan Rhodes

In the 69th minute, Sheffield Wednesday brought on Jordan Rhodes. The former Huddersfield Town striker received a fairly warm reception from the home fans but you could sense their nerves. Rhodes is a goal scorer. He scored 73 times in 124 appearances for the Terriers.
On loan from Middlesborough this season, Rhodes has netted three times in seven appearances for the Owls. You can already see the headlines: Rhodes scores to knock out his former club. Should the striker feature on Wednesday, Huddersfield fans will be hoping he can be kept quiet - but watch this space: if anyone can score to take Sheffield to the Championship play-off final, it's Jordan Rhodes.