Can Championship sensation Che Adams step up to the Premier League?

If Che Adams scored against Bolton last Tuesday, it would have created a little bit of Birmingham City history. The striker would've been the first player to score in seven consecutive league matches for the club since Trevor Francis in 1978. That record will now stand for a little longer. It was Adams’ first blank of 2019.

That isn’t to say that Adams’ goalscoring exploits this season won’t be remembered. The 22-year-old already holds 19 goals to his name, including two hat-tricks. One against Hull City in November, and the first-half treble against Queens Park Rangers in the Blues’ last away game. He is fourth in the Championship goalscoring charts, behind Teemu Pukki (Norwich), former teammate Billy Sharp (Sheffield United), and Tammy Abraham (Aston Villa).

The former Oadby Town youngster moved to St Andrew’s from Sheffield United in summer 2016. He's scored goals in every season with Birmingham, but this season is producing by far his best return in a blue shirt. It is the first time that he has reached double figures for Championship goals - his next best was 11 for Sheffield United in the 2015/16 League One season.

Scoring goals is amongst the hardest things to do in football. Especially in the Premier League. So, as January approached, rumours around Adams’ future began to circulate, with a number of top division clubs interested in taking him off Birmingham’s hands. Southampton and Burnley were just two of the interested parties. Bids were submitted and bids were rejected as Birmingham maintained that their prized asset was not for sale. They stuck to their guns and Adams remained a Blues player for the remainder of the season. But it may be a different story come the summer. 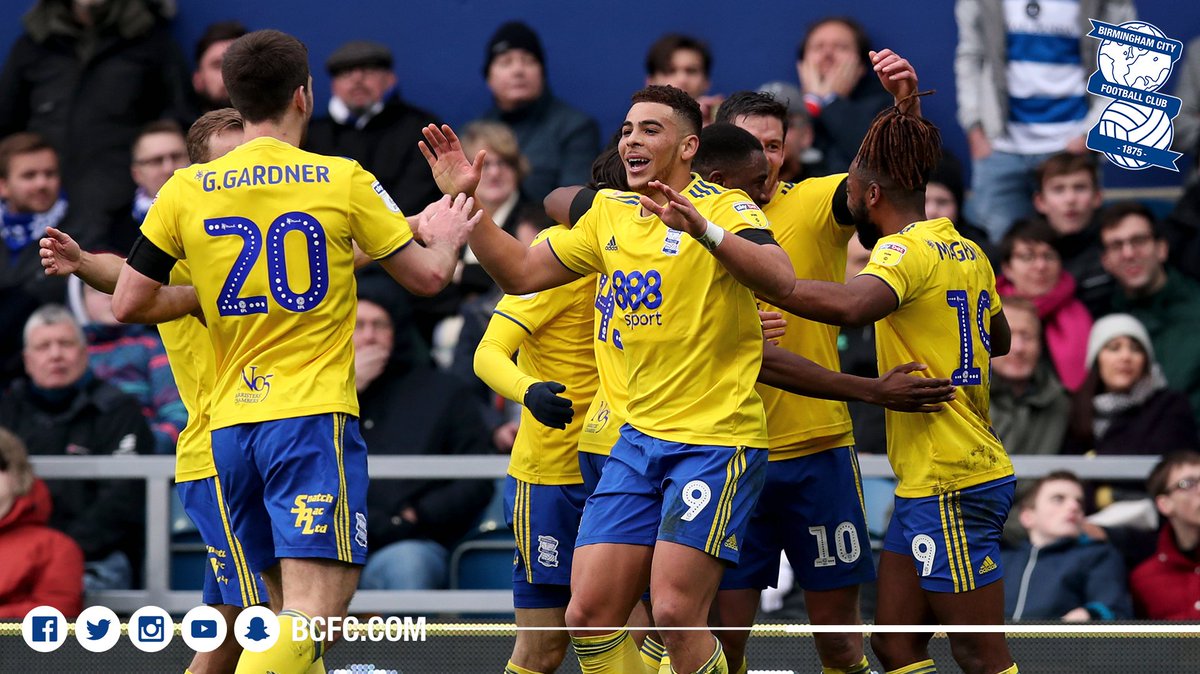 Birmingham are facing a possible points deduction for breaching the EFL rules on spending. They were also hit with a transfer embargo at the end of last season. With the organisation breathing down their neck, Birmingham’s hands may be forced if a big offer arrives. Especially if they fail to bridge the 7-point gap to the playoffs and earn promotion this campaign.

Adams possesses the attributes to thrive in the Premier League. He has pace, both with and without the ball, he has the strength to hold off defenders and an obvious eye for goal. The Blues' number nine also works hard for his team, using his pace to make runs into the channels and provide goalscoring opportunities for his teammates as well as himself. His four assists this season are a testament to this.

However, there are players that thrive in the Championship but find the step up to the next level difficult. At the money being mentioned (upwards of £15-20million), signing Adams would be a risk for a Premier League club. Scoring goals in the Championship doesn’t always equate to scoring goals in the Premier League. The 22-year-old would need to keep developing at the same rate and continue to improve. If he does, then the clamour for his services is bound to continue.

As mentioned earlier, Southampton and Burnley were the two clubs who were most strongly linked with a move in the winter transfer window. The Clarets reportedly having an offer in excess of £12million turned down on deadline day.

Both teams are currently battling to stay in the Premier League for the 2019/20 term. Whether they go back in for Adams may be dependent on if they are successful in avoiding the drop. With other Premier League teams likely to be interested. For teams who may be anticipating a relegation battle next time around, Adams could provide goals that will be crucial come the season's end.

Leicester City were reportedly keeping an eye on Adams’ situation in January, and could make a summer move for the striker. The fact that Adams is from the city may be a draw to the player. With Jamie Vardy approaching his mid-30s, the Foxes will be on the look-out for his successor. Adams would fit the mould.

In Harry Kane, Tottenham possesses one of the most lethal strikers in world football. But Fernando Llorente is out of contract in the summer and the depth that they own in the striking options is limited (especially if Kane is unavailable). Although game time may not be as easy for Adams to come by at White Hart Lane, Spurs’ reputation for giving youngsters a chance, and the draw of Champions League football would make it hard for him to say no.

All of this is presuming that Birmingham doesn’t manage to bridge the gap to the Championship playoffs and make it to the Premier League themselves of course. Either way, if he continues the season in the same vein, then their star striker will be playing in the top league come August.