Is Samuel Chukwueze the next big thing for Nigeria and Africa?

Emerging as one of La Liga's breakout stars this past season, Samuel Chukwueze shone brightly in a Villarreal team which failed to live up to expectations. The winger first stood out against Real Madrid to give both Sergio Ramos and Marcelo nightmares as the sides settled for a 2-2 draw. Three months later, he proved a genuine star while taking on Barcelona. His goal and assist meant the Blaugrana had to depend on Lionel Messi's heroics to earn a point from 4-2 down.

Chukwueze has long demonstrated the potential to perform on the big stage. He was part of Nigeria's U17 side which won the 2015 World Cup, coming away with the Bronze Boot for his contribution. From then onward he was tipped to do big things. His performance at Villarreal this past campaign shows he's capable.

More recently, Chukwueze's reputation has risen further. At 20, he was eligible to represent Nigeria at the just-concluded U20 World Cup, but instead, he was drafted into the senior set up for the ongoing Africa Cup of Nations.

Chukwueze's first AFCON appearance was against Burundi in the Super Eagles' opening group stage match. He put forth a decent outing, running the opposition left-back ragged. His efforts were rewarded with a 1-0 win courtesy Odion Ighalo's 77th-minute goal.

Good displays as a substitute followed for Chukwueze against Guinea then Cameroon in the last 16. It was the next encounter in which, as a starter, he confirmed his standing as one of Africa's brightest talents. 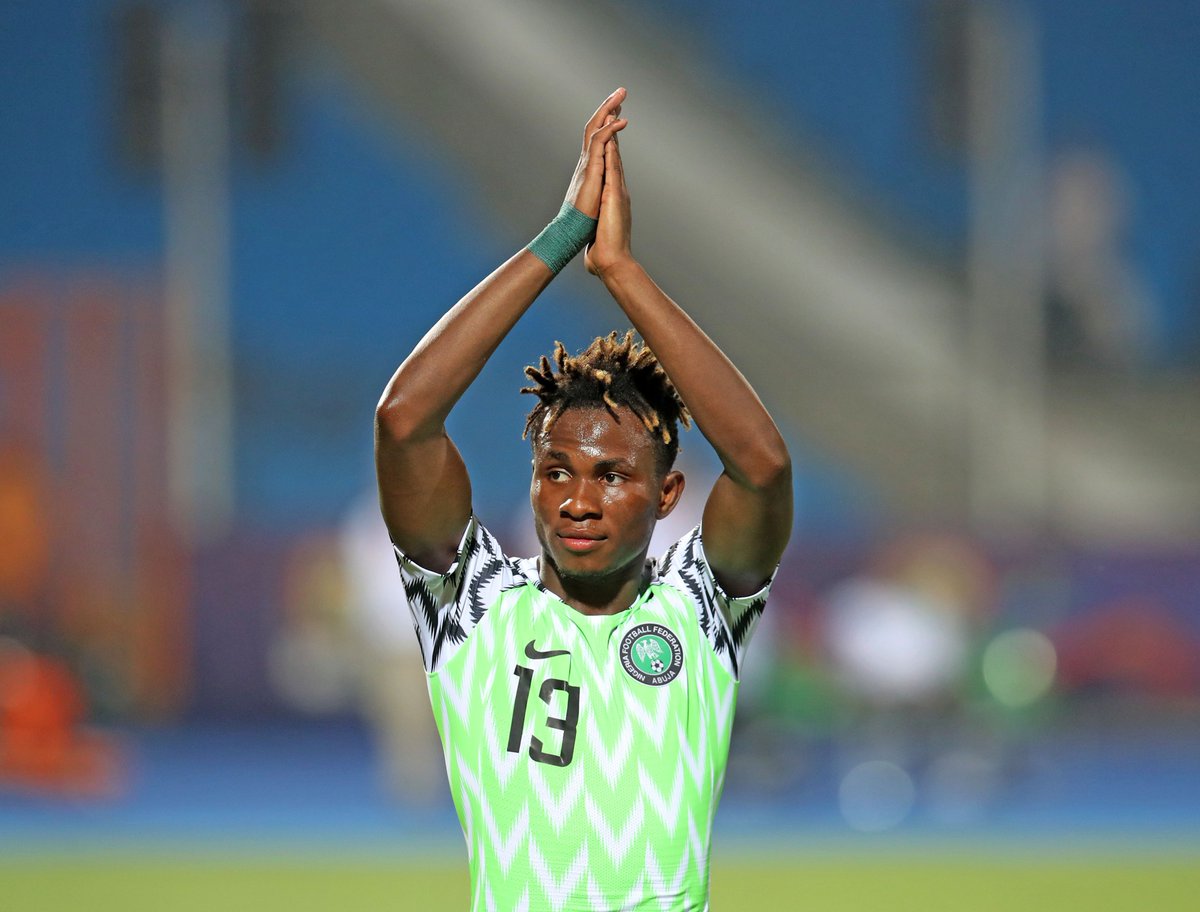 An eagle on the rise for @NGSuperEagles 🦅

Against South Africa, a team which shocked the continent by booting out tournament hosts and favourites Egypt, Nigeria were expected a tough ride. Chukwueze chose the big occasion to announce himself. He was a constant menace to the opposition's defence, performing signature moves reminiscent of the finest wingers around. Ones such as Arjen Robben, who the youngster considers his own inspiration, fellow countryman Emmanuel Amuneke, whose boots haven't been filled since he retired from international duty in 2001, and the 'Egyptian king', Mohamed Salah.

It is not surprising, then, Chukwueze broke the game's deadlock, latching onto Alex Iwobi’s cross to score a brilliant goal in the 27th minute. His overall display earned him the man-of-the-match award as Nigeria won 2-1 to book a semi-final place.

Facing Algeria, the tournament's most in-form team, proved the Super Eagles' biggest test so far. Chukwueze going up against Riyad Mahrez on the opposite wing made for an interesting watch. The Manchester City attacker had been in great form scoring twice to help the Desert Foxes reach this stage.

Mahrez went on to show why Pep Guardiola broke City's transfer record to take him from Leicester City last summer. He set up Algeria's first goal before netting a superb free-kick in added time to secure a dramatic 2-1 victory.

Chukwueze's performance, meanwhile, revealed he is one for the future. He will do well to learn from the continent's top dogs like Mahrez and Senegal's Sadio Mane, who will both contest Friday's final.

Chukwueze could not help Nigeria claim a fourth AFCON title. Should he continue to develop at his current rate, though, it's a matter of time before the Nigerian overtakes Salah, Mahrez and Mane to become Africa's leading footballer.