By Warren Smith
All Whites Chris Wood Confederations Cup New Zealand Nz Russia Russia018 Slider Articles Smolov
The FIFA Confederations Cup is upon us. The warm-up for the world cup. Whilst nowhere near as exciting as the real McCoy, this mini tournament will be an opportunity to observe good football. The primary day kicked off with Russia playing New Zealand.

The Krestovsky Stadium, usually known as the as the Zenit Arena, played home to the opening game between the hosts Russia and their counterparts in Group A, New Zealand. After the ceremony, the televised pictures showed lots of graphics of FIFA officials and football royalty, like Pelé, sitting comfortably with Vladimir Putin. Expect the presidential treatment for them for the next few weeks.

The turnout for the game was a little subdued, given the nature of the affair. The confines of the ground can hold 68,000 but just over 50,000 attended the game. Making for a few visible seats within the ground, which isn't the type of attendance which you'd expect for a city with a good footballing side within the nation hosting the world cup in just twelve months' time. Never the less, those who were at the ground were passionate, lots of Russian flags, painted faces and clear to see – a good spirit amongst the fans.

The home side is made up of entirely domestic players, including the Russian league's top scorer: Fyodor Smolov. Managed by Stanislav Cherchesov, this a side which hasn't had to play competitive matches at the end of their Euro 2016, up until today. So there was a real element of unknown with the side, in that they haven't been in a fight or flight situation for a whole annum.

The game kicked off with the expected storyline, New Zealand, under the cosh. The quality and confidence gulf between the two sets of players very evident. Viktor Vasin had thought he had headed home the hosts ahead early on, but his effort was cleared off the line by the former Celtic midfielder, Michael McGlinchey. The move, however, was telling and Russia was holding all the aces in their hand here.

Spell after spell of Russian dominance hit the Kiwis, who did little to weather the storm but for awhile at 0-0 did enjoy some long ball play. Tommy Smith of Ipswich Town enjoyed a sighter at goal but blasted it too high and Kosta Barbarouses was also subject to the same fate. Chris Wood, despite being the top goal scorer win the Championship with Leeds United last season; was an isolated man. Playing as a target man with the All-Whites and given their lack of possession and inability to get forward he didn't see much of the ball or the games. The long balls thrust towards him were either picked off or just didn't make it to him.

Now it was New Zealand's defensive errors to haunt them, Denis Glushakov, who won the League with Spartak Moscow just a few weeks ago was in the same winning mood here. He made an expert run after his teammate had just won the ball back from NZ, becoming available between the two centre-backs; making it one-on-one with the keeper by the time here accelerated past the defenders. The ball took bobble on the keeper and veered out Glushakov's control but still heading towards the goal. Michael Boxall who wanted to atone for letting him in, slid in to try and take the ball off course. Although his connection ended up with the same result, a goal for Russia. The replays later show that the ball was fractionally off the goal and wouldn't have gone in if allowed to reach its natural conclusion. Boxall's touch was telling, so he ends up with an undesirable own goal against his name.

Enter the second half, and many would expect NZ to lie down at this point. Accept they are the kings of Oceania, but minnows of the world. Stefan Marinovic, the Kiwi keeper certainly didn't follow this mandate. He pulled off some saves to keep his side competitive, including a double save which even had the pundits surprised.

His actions were not enough to keep Russia at bay forever though, especially when Smolov is on the prowl for a goal in his national colours. Samedov played a good through ball for the league's top scorer and Smolov did what he does best and blasted it home. Russia now 2-0 up, the match put to bed. The following 20 minutes were certainly not the most riveting minutes of football, but the game was professionally seen out by the Russians. 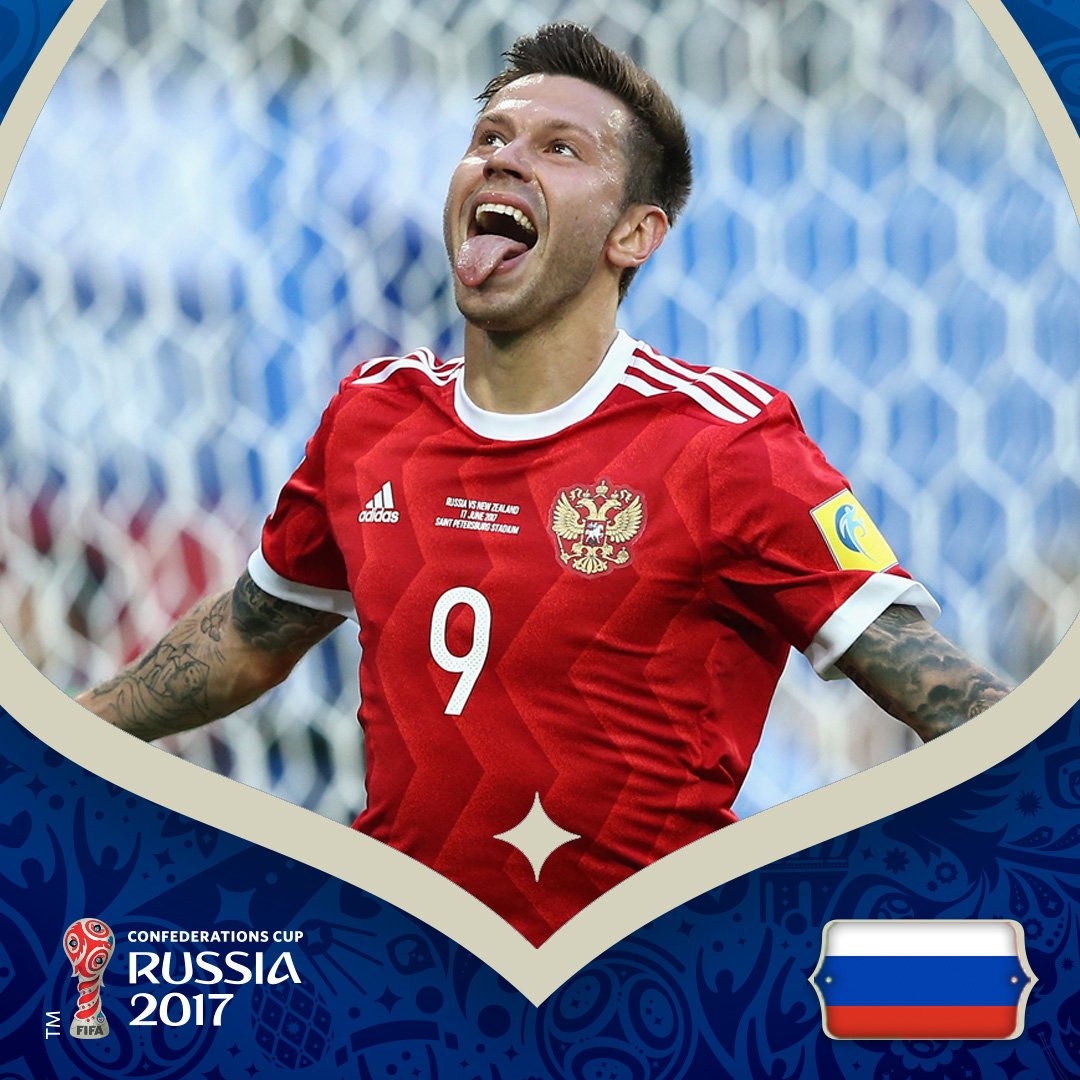 A well-sized roar was let out when the final whistle was blown. Russia had played well and done what was expected of them, the real test, however, will come in their next matches against Portugal and Mexico.
Highlights from the game.