It’s said you shouldn’t leave a job before finding a new one. What about a football club?

Some time ago, I wrote that I could no longer support Manchester United if the club was sold to Mohamed bin Salman al Saud, the Crown Prince who had a journalist murdered, a foreign head of state imprisoned and wealthy Saudis, too, until they signed over significant portions of their wealth, thinking he could get away with it all simply by allowing women to drive.

Thankfully, one of two things happened. Either the scandal surrounding Jamal Khashoggi’s assassination inside the Saudi Embassy in Istanbul cooled MBS’ interest in United or the Glazer family wasn’t interested in selling.

Recently, however, rumours resurfaced. Allegedly, the Crown Prince intends to renew his pursuit following a suitable cooling-off period, much like Liverpool did when censured for chasing Virgil van Dijk’s signature too aggressively in the 2016/17 season. Moreover, Avram Glazer reportedly travelled to Riyadh to meet with MBS. Annually, the king-in-waiting hosts the Future Investment Initiative, a sort of Glastonbury for billionaires. The Red Devils’ Executive Co-chairman may have been in the country for business reasons beyond Manchester United or the event might have provided cover for talks about a sale. Only time will reveal the truth.

Some argue there is no difference between the Glazers and the Saudi Crown Prince, given United's current owners do business with the royal. Yes, they are enablers, but so are we all. It is impossible for anyone not to be indirectly involved with the Saudi government in the current economy. If you drive a car, book passage on a cruise ship or aeroplane, ride a bus, train, or even an elevator, then, in the economic sense, chances are you support the Saudi government, or a similarly oppressive regime such as Qatar or Venezuela. Even electric cars require lubricants [derived from fossil fuels] for moving parts. There is a difference, however, between indirect contact beyond one's control and inviting a brutal dictator to directly influence your life, between keeping him at arm's length and openly embracing him.

OSullivanMUFC
OSullivanMUFC
Follow
Me this morning: “Any United fan who wants the Saudis to take over is an amoral cunt who values sporting success over human rights”

The chance United change hands in the immediate future remains remote but not so distant as before. Forced to think about the possibility again, I stand by my previous position. If MBS adds MUFC to his holdings, he will not own me. With that in mind, I’ve begun thinking about who I might support in the future.

Some consider that disloyal. Honestly? Should a supporter back a club like a Nazi soldier following orders at Auschwitz? Willfully ignoring MBS' human rights violations and oppression because the perpetrator of those atrocities wrote a nine-figure cheque for your favourite new signing amounts to shovelling coal into furnaces. Celebrating a United goal funded by the Crown Prince is the same as collecting gold teeth from corpses. The Love United, Hate Glazers mob refuses to condone the Americans profiting financially from their club. Why is it acceptable to allow a merciless despot to use the side as a curtain to hide murder and injustice?

I love United immensely but I love freedom and human rights more. One’s bond to a football club is an emotional choice, meant to be a source of joy. I could feel only shame knowing people are dying at the hand of my club's chairman while I cheer the squad his money has purchased. The sole choice left to me would be to walk away, to turn my back on those who turn a blind eye.

There are other clubs who take moral stands. Just down the road from Old Trafford, Altrincham wore a rainbow kit last January in support of LGBT rights, auctioning off the shirts after the match for charity. German club FC St Pauli's supporters are known for their social activism. Ligue 1 side Lyon took the lead in reviving women's football. Chairman Jean-Michel Aulas invests heavily in the female team and insists they be treated as well as the men. Both squads enjoy full access to top-class facilities and physios. They even eat together during training. Meanwhile, United only got around to supporting a women's team last season.

The LUHG mob cares only for one thing: their allegiance to a club that consistently wins trophies. The excellence of others paid for by the wealth of strangers gives their lives meaning even though they do nothing but watch and, when success comes their way, lord it over others. Maybe it's time to contribute something, to take a stand that benefits others who are less fortunate, who may be in harm's way. If you think the Glazers are killing United, how can you sell your soul to a man who literally has blood on his hands? 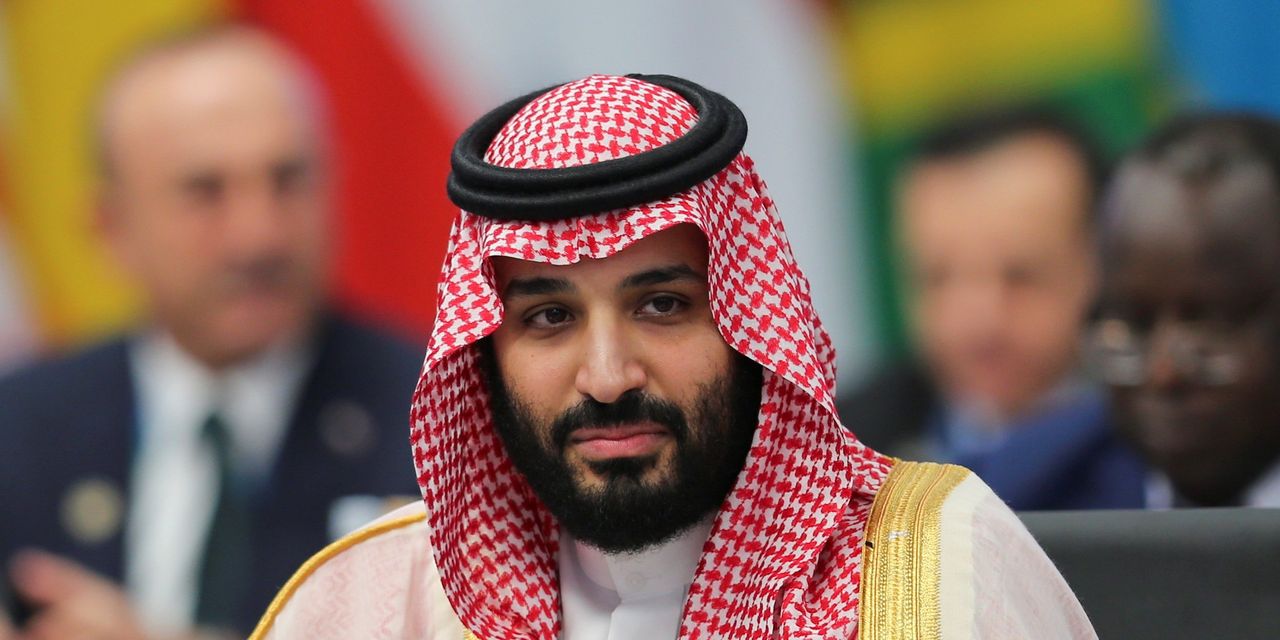 Warren Bass
warren_bass
Follow
@rolla_karime WSJ: MBS "sent at least 11 messages to his closest adviser, who oversaw the team that killed journalist Jamal Khashoggi, in the hours before and after the journalist's death in October, according to a highly classified CIA assessment." https://t.co/BJlb84eN5j
Follow
15:12 PM - 31st Oct 19
0
0
Football Results