Will the 2021 Copa America be the 'Tournament of Death'?

If the upcoming Euros seem inappropriate or less important with COVID-19 yet to be completely subdued, imagine how South Americans feel about this summer’s Copa America.

The continent has always simultaneously stood at the pinnacle and in the very depths of football’s despair. The first World Cup was held there and Pele, Diego Maradona and Lionel Messi, three players native to the continent, dominate the debate over the greatest player of all time. Even so, South America's clubs, federations and confederation have long suffered from corruption and inconsistency.

For decades, Argentina routinely ‘adjusted’ relegation rules whenever Boca Juniors or River Plate were imperiled. In Brazil, wealthy club owners known as cartolas [top hats] reaped immense profits from their clubs while players were trapped in automatically renewable contracts that prevented them from moving to new teams and improving their scant wages. In contrast, Colombia created the first super league, El Dorado, in 1949. Breaking away from FIFA, Tricolor clubs signed superstars such as Alfredo di Stefano but were forced to return to the international fold when players would no longer sign, knowing FIFA would disqualify them from Copa America and World Cup play. Now, the South American championship has been moved from both Colombia and Argentina and relocated to previous host Brazil with less than a fortnight before the first match is scheduled to be played.

Violent protests over poor working conditions and government oppression in Colombia convinced CONMEBOL to relieve that nation of co-hosting responsibilities even though the government passed sweeping new reforms to quell the unrest. Argentina passed similar legislation without the intervention of protestors but was also told its services were no longer required. No official reason was given although concerns about the country’s recent surge in COVID cases was expressed. However, that is hardly a convincing cause to move the tournament when the new host is the pandemic’s reigning global epicentre. 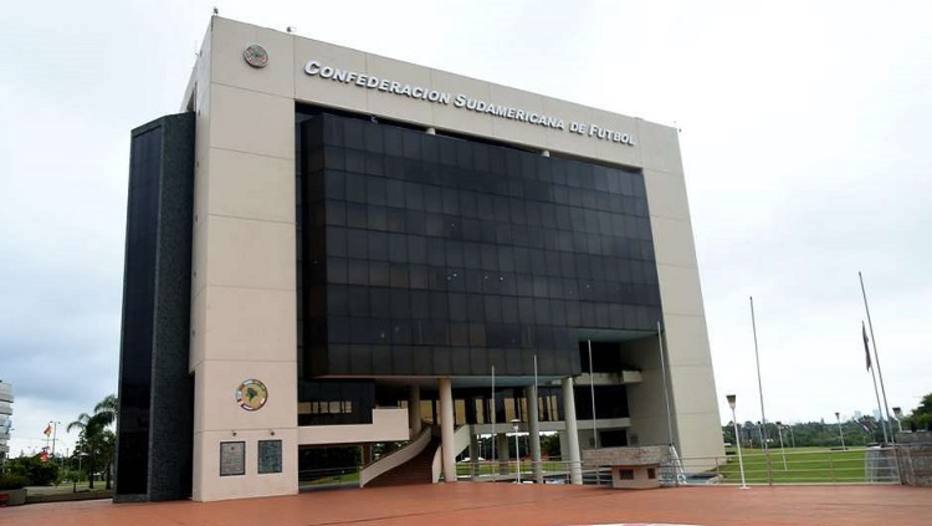 Vinod Sreeharsha
VinodSreeharsha
Follow
The states chosen by the Bolsonaro administration to host Copa América games currently have 85% or higher occupancy rates in their hospital intensive care units. Via @Estadao

Brazil has endured nearly 470,000 COVID deaths, second only to the United States. Yet, whereas the US has issued 298 million vaccinations among its 328 million residents, with 137 million fully vaccinated, Brazil has, according to the World Health Organisation, put just 60 million doses in the arms of its 211 million people.

The country’s authoritarian leader, Jair Bolsonaro, who's been vilified for his poor handling and lax attitude toward the pandemic, is doubling down on hosting the tournament.

Since the beginning of the pandemic I have been saying, I regret the deaths, but we have to live.

Given that the former captain in the Brazilian military opposed all lockdown measures and restrictions on businesses from the outset and continues to do so even after contracting the disease himself, his remark effectively translates as every Brazilian man, woman and child for themselves.

Still, it is difficult for the president to ignore the negative publicity and growing unrest among citizens. He clearly sees the Copa America as a way to gloss over the cracks in his administration. But with barely ten days to prepare, how does he intend to make the tournament safe for players, coaches, officials and support staff? Or does he? Unlike Adolf Hitler witnessing Jesse Owens win gold at the 1936 Berlin Olympics, Bolsonaro won’t be able to walk out of the Maracana and make war on his neighbours to feel better about himself when players begin to test positive.

The Selecao’s unveiling as tournament hosts received criticism from both inside and Brazil and beyond its borders, fromm the ridiculous perspective of Peru manager Ricardo Gareca, who is focused on the injustice of the same country staging consecutive tournaments to politicians in Chile and Brazil calling for their players not to participate.

Neymar, do not take the field in this Copa America, while your friends, your relatives, your acquaintances continue to die and the vaccine does not reach our country. This is not the championship in which we need to compete. We must compete in the vaccination championship. It is in this championship that you need to score goals, so that our score is changed.
In the 'death championship,' we are in second place, with the second highest number of deaths in the world. The Brazilian team cannot agree with this. ICUs and cemeteries are full. Under what conditions are we going to celebrate a goal for Brazil?

Whether or not Neymar listens to his countryman remains to be seen but Real Madrid defensive midfielder Casemiro immediately stepped in like a true midfield destroyer, leading a contingent of Brazilian players who object to their country hosting the tournament.

Then24
then24dotcom
Follow
Casemiro leads the revolt against Bolsonaro to avoid playing the Copa América https://t.co/gmL8sUsLIA
Follow
11:12 AM - 4th Jun 21
0
0

Meanwhile, Premier League fans concerned about their club’s English and European stars’ heightened risk of injury at the Euros due to the congested fixture lists following late-starting league campaigns can be even more worried about their South American players. In the host team alone, English clubs are heavily represented.

If the Euros threaten to hamper the 2021/22 campaign for Europe’s elite, what might the Copa America do?