Can Aleksandar Mitrovic fire Fulham back into the Premier League?

Fulham's summer has been shrewd. Two headline retentions and equivalent incomings set the tone for Scott Parker's first full reign. Of all, holding on to forward Aleksandar Mitrovic could ultimately make the difference.

Returning to the fiery, erratic Championship after just one year wasn't the only dread awaiting Fulham. Losing key members of their expensively assembled squad was an even bigger worry. A potential mass exodus sent jitters.

The Cottagers lavished over £100 million on recruits last summer. No newly-promoted team had reached that threshold. Their muddled recruitment drive backfired spectacularly, with Slavisa Jokanovic and Claudio Ranieri both sacked before the season ended.

The Serb agreed on a long-term deal to remain at the club until summer 2024. In doing so, he reportedly ignored overtures from China as well as several Premier League sides.

Mitrovic moved to Fulham in February 2018, on a six-month loan deal from Newcastle United. Since then, his predatory scoring talent ensured he became an irreplaceable cog. The bullying frontman tormented Championship defenders like a lion hunting its prey. His return will frighten rearguards, especially having tortured those a division above. 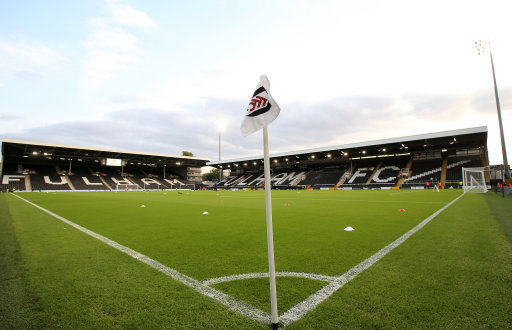 A dozen Championship goals in only 17 appearances made Mitrovic's move permanent last summer, in a deal worth £22 million. Despite Fulham’s struggles, which meant they were relegated by early April, he impressed in the top flight, finishing as the club's highest scorer after netting 11 times. His contribution is unparalleled.

Factoring in three assists, Mitrovic had a part in 41% of the Cottagers' 34 goals last term. He averaged a goal every 298 minutes, despite limited service. Babel and Schurrle trailed with a combined 14 strikes.

Indeed, Mitrovic is hardly the most modern of center-forwards but he proved his old-fashioned values could be as vital in the Premier League as they were in leading Fulham there in the first place.

Standing at a little over 6'2'', Mitrovic is a formidable presence. Scrappy and self-assertive, he works ferociously hard. He's got the physique to brush off defenders and wins battles using elbows, shoulders and all his considerable brawn. A heavy artillery footballer to the core, the 24-year-old thrives at battering and bombarding the opposition.

While Mitrovic is undeniably a destructive player, his technical ability is often underestimated. He is capable of neat lay-offs, flicks and carefully crafted touches to teammates.

Regardless Fulham's remaining transfer business, clinging on to Mitrovic is enough to secure a return to the elites. Few rivals next season, if any, will boast a similar quality striker. His Championship record reads a goal every 63 minutes. Expect him to continue in that vein.