Could Crystal Palace push for European football next season?

By Robert Wiltshire
British Football Christian Benteke Crystal Palace European Football Opinion Premier League Sam Allardyce Slider Articles Wilfried Zaha
Sam Allardyce had a rocky start to life as Palace manager but he has used his Premier League experience to transform the side from relegation candidates to a stable unit. Recently, they have been showing the kind of form that could see them challenge for European football in the near future.

Looking at the form table over the last eight games, Crystal Palace are second, just two points behind Wednesday's opponents, Tottenham. It is amazing to think that a team who picked up no points in October or November has now lost just one game in their last eight (winning six). 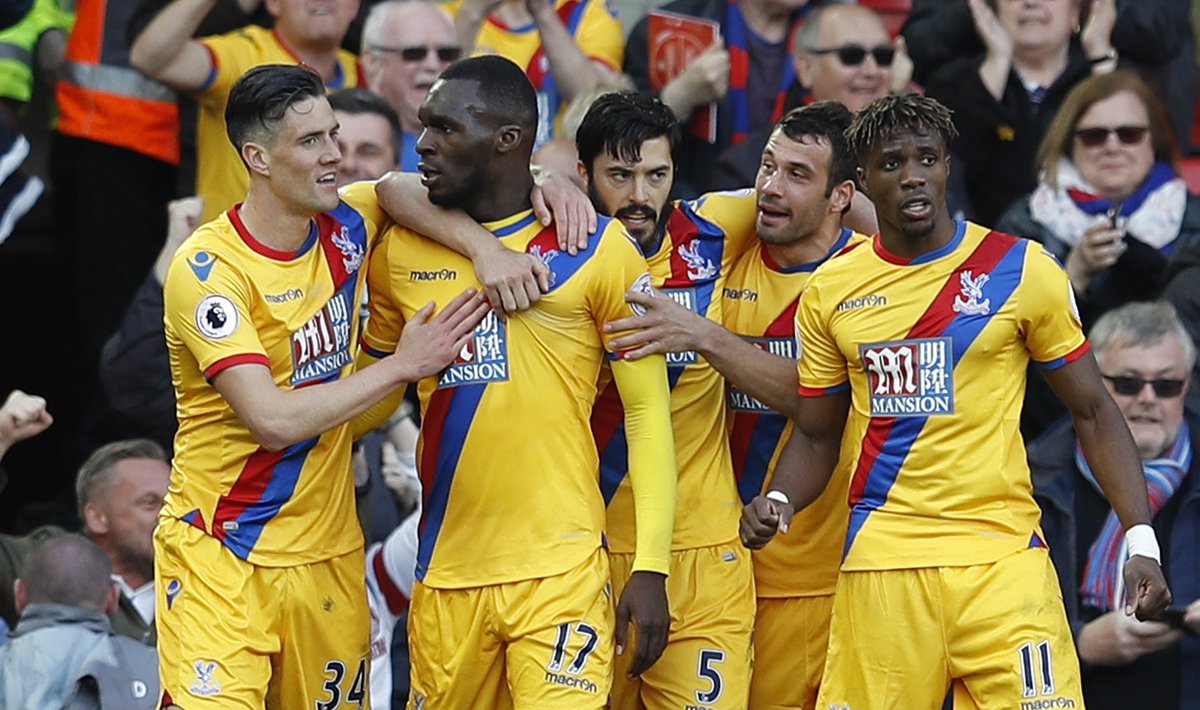 Crystal Palace F.C.
CPFC
Follow
SA: We've needed that good form to get out of trouble and we're still not mathematically out of it. Shows players fight and desire.

They have proved they can beat the big teams

Palace have already beaten Chelsea, Arsenal and Liverpool this month and these victories demonstrate how they could potentially be challenging the top six next season. They came from behind to win away from home against Chelsea and Liverpool and this emphasises how resilient this Palace team have become. Their 3-0 win at home to Arsenal also proves that they can win convincingly against the bigger teams and their ability to nullify the Gunners was truly impressive.

They have a strong squad

Defensively, they have some quality players. Unfortunately, Steve Mandanda has missed most of the season through injury but Wayne Hennessey has been a solid replacement. Mamadou Sakho has been a brilliant addition and Palace should seriously consider making his loan deal permanent. Attacking full-backs like Jeffrey Schlupp and Patrick van Aanholt also provide good options for the team going forward.

In midfield, the defensive mind of Luka Milivojevic frees other players to push further up the field. Wilfried Zaha and Andros Townsend are great flair players and capable of winning matches on their own. Yohan Cabaye is a little inconsistent but on his day he can control the midfield and dictate the tempo of the game.

With fourteen goals already this season, Christian Benteke has been back to his best. The Belgian is extremely powerful and causes all kind of problems for defenders both aerially and with the ball at his feet. Having said this, injuries to Connor Wickham and Loic Remy has left Fraizer Campbell as their only backup to Benteke and if they want to be contenders for European football, they will need to improve their strength in depth.

The summer transfer window could make or break them

Their main priority will be to hold on to their best players. Zaha is constantly linked with a move to Tottenham and I am sure a few clubs will be interested in signing Benteke. These two players are key to Palace's future success and will be difficult to replace so Allardyce will desperately try to keep them at the club.

Signing a couple of players in the transfer window could improve their squad and increase their chances of finishing higher up the table. Their aspirations for next season will definitely depend on the ins and outs over the summer and Sam Allardyce will hope that he can he can make Palace a force to be reckoned with.

Can they do it?

Leicester's fairytale last year proves that anything can happen in this league and in the season before last, they showed the kind of form Crystal Palace are at the moment to miraculously avoid relegation. This is not to say that Palace are going to go on and challenge for the title next season but if they continue as they are and have a productive few months, on and off the pitch, I could certainly see them pushing for European football.