Could this be Marc Albrighton’s last season at Leicester City?

Marc Albrighton was a second-half substitute during Leicester City’s 1-0 defeat to Norwich City on Friday – his second Premier League appearance of 2020.

The 30-year-old finds himself on the periphery at the King Power Stadium this season, spending most of the campaign on the bench under Brendan Rodgers, while starting just once in the league since August.

Albrighton’s contract still has two-and-a-half years to run, but the evidence suggests he’s surplus to requirements at Leicester - Ayoze Perez [1596], Harvey Barnes [1630], Demarai Gray [412] have racked up more Premier League minutes than the winger [387] in 2019/20.

So could this be his last season with City?

Albrighton has been a terrific servant for Leicester, making 202 appearances in six years, but he’s not the same player of seasons past. The English winger hasn’t scored in any competition since Leicester’s 2-0 win over Manchester City [December 28, 2018] and hasn’t made an assist since their 5-0 win over Newcastle United [September 29, 2019] either.

Leicester are sitting third in the table with 50 points from 28 games, so standards are high. Albrighton contributed only four goals in 27 league appearances last term, so it’s not hard to see why he’s been ousted from the starting lineup. Rodgers has preferred his wide-men to come inside to score goals, rather than staying on the touchline to put balls into the box, but that’s not Albrighton’s game.

The 30-year-old has never been prolific, having scored only two league goals in each of the last five seasons at Leicester, so he doesn’t fit the current system. 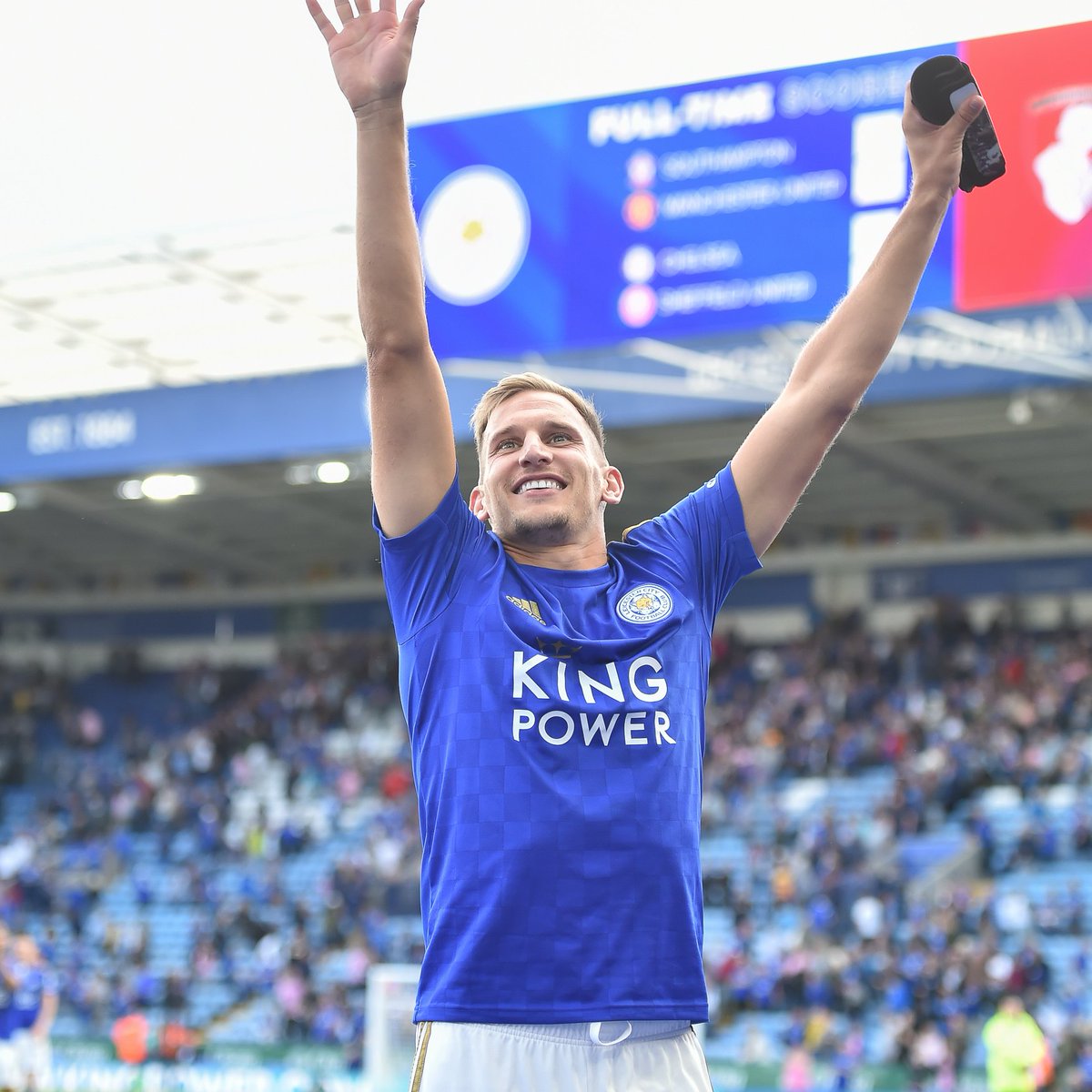 Fallen down the pecking order

Albrighton has made 19 appearances in all competitions this season, making only one assist. He being out-performed by Barnes [26 PL apps, 4 goals, 6 assists] and Perez [25 PL apps, 7 goals, 4 assists], so it’s not hard to see why they’re preferred.

The winger has started only twice in the league this campaign – 3-1 win over Bournemouth [August 31], 2-1 win over West Ham United [December 28] – while being an unused substitute 14 times.

His appearance against Norwich was his second in the league for nine weeks. Rodgers has given Albrighton more opportunities in the domestic cups [4 EFL Cup appearances, 2 FA Cup appearances] to keep him match fit, but the Englishman seems to be an afterthought.

Albrighton has a difficult decision to make this summer - stay at Leicester or find himself a new club. If he sticks around for another season, he could be wasting 12 months sitting on the bench or being left out of the matchday squad. But if Albrighton opts to leave Leicester, he will likely be taking a step down in his career.

The Foxes won’t force out Albrighton as he’s still useful a squad player and has been a fantastic servant for six years - he only signed a three-year deal in January 2019, too. That being said, the 30-year-old won’t be a regular while Rodgers is manager, so he needs to think of his career.

Albrighton would no doubt have the blessing of the club and its supporters if he wanted a fresh challenge over the summer, but it remains to be seen what decision he makes in the coming months.