As Frank Lampard carries out a rebuilding job at Chelsea, many players have been the subject of transfer speculation. Olivier Giroud's name is cropping up in the news pretty frequently, but the likes of Marcos Alonso, Willy Caballero, Pedro, Emerson and Jorginho are all said to be close to leaving the club at some point in the future. The latter is thought to favour a move back to Italy to link up with his long-time boss, Maurizio Sarri. Yet, one man has been central to the team’s progress under different managers in the last six years; Willian.

Of course, the Brazilian has also had his fair share of links to a move away from Stamford Bridge. But it’s not for his lack of adequate contribution to the team. The winger has been considered so important to Chelsea that he has consistently featured in more than 30 league games in each of the last five seasons. That has brought considerable success, as he is a two-time Premier League winner.

Barcelona and Manchester United under Jose Mourinho have circled for his services in the last few years, yet Chelsea refused to let him go. But the two parties are at the crossroads. With the player’s current deal set to expire in the summer, he wants a three-year extension. Having already clocked 31, the club is not willing to offer that many years. The former Shakhtar Donetsk man stated in an interview recently that the club pulled out of discussions after he made his demands known.

That could sound an alarm to other club sides in need of such an important player. Although his age could serve as a drawback for some top European sides, he could find suitors from Chelsea’s London rivals. Having made his intentions to stay on in London known, the likes of Arsenal, Tottenham and even West Ham would be watching the situation keenly. 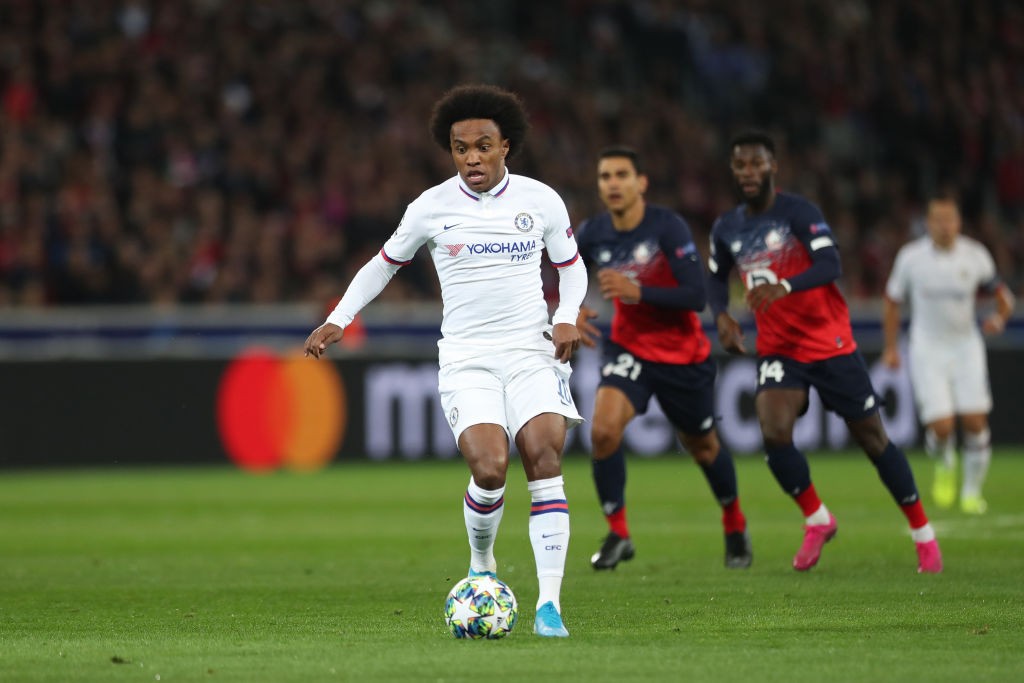 Simon Phillips
SiPhillipsSport
Follow
"There's really no offer from any club. So I wanted to make this very clear, that I'm still a Chelsea player, and I'll always try to do my best until the end of my contract. Chelsea offered me two, I demanded three, and it stopped there."

Interestingly, Willian came close to joining Tottenham in 2013. He even completed a medical with the North London side before opting to join Chelsea instead. His former manager, Jose Mourinho, now mans the Spurs dugout and will certainly love to have a player he has since longed to reunite with back. For Willian, that will give him the opportunity to remain in London while still playing for a top side.

Arsenal, on the other hand, can steal a march on their fierce rivals by moving quickly to secure a deal. As it stands, stories are already flying around that the Gunners are interested in putting together a more lucrative deal for the winger than Chelsea are willing to offer. David Luiz’s surprise switch to the Emirates Stadium last summer could be an inspiration to his countryman to make a similar move.

Mikel Arteta’s side may not have Champions League football to offer the Brazilian next season, but the Europa League is still within reach. So, a move could still be attractive based on that. Besides, helping the team get back into the top four next term could also be a challenge that inspires. He will have sufficient playing time on either side of the striker alongside Nicolas Pepe. Reiss Nelson has so far shown he is not yet at the level required at a top side like Arsenal.

In all of these situations, Chelsea will be the clear loser. A vastly experienced and vital squad member will be leaving on a free to join a direct rival. The likes of Callum Hudson-Odoi and Christian Pulisic are yet to deliver superior performances to the Brazilian at the Bridge. Willian’s departure will definitely impact the team. And he could come back to haunt the side in an opposition shirt.

Therefore, Chelsea needs to act fast to resolve the issue before it gets out of hand. Once the other rivals step in and make him an offer he can’t refuse, it may be too late to convince him to stay put...