Is the criticism of Pedro Caixinha justified? 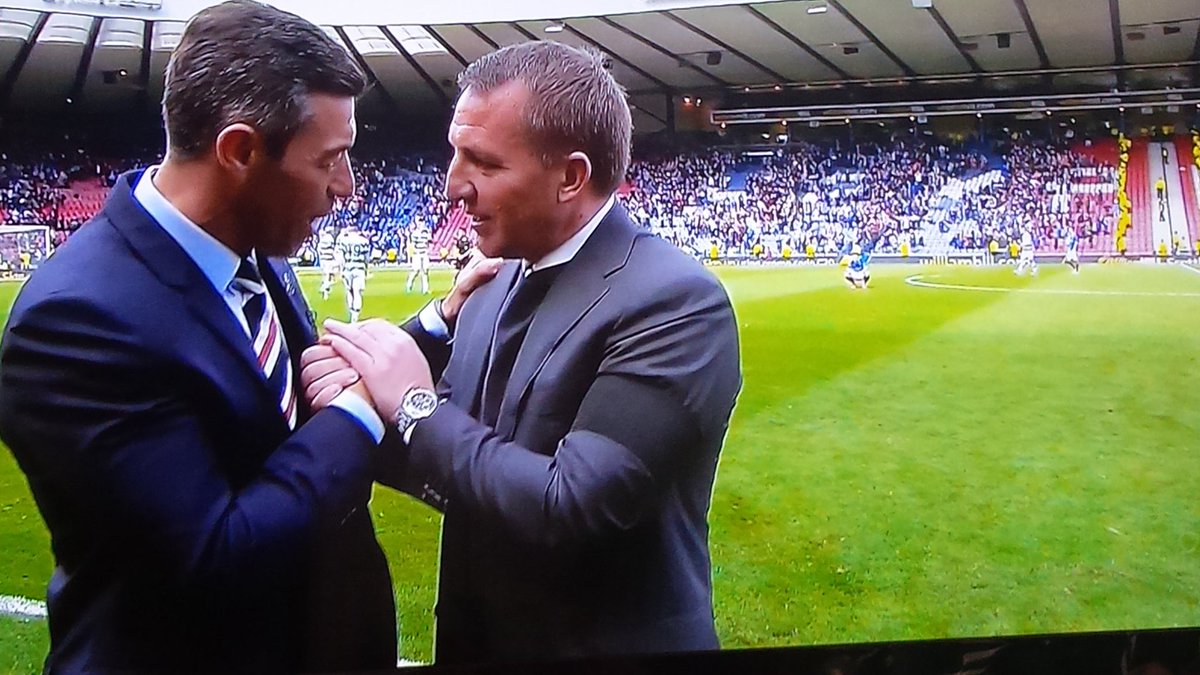 CraigyWhyteFanClub
davidkerr1970
Follow
I want to meet someone who looks at me the way Pedro Caixinha looks at Brendan Rodgers. https://t.co/zvO0drYowU
Follow
14:04 PM - 23rd Apr 17
14
52
When Rangers boss Mark Warburton departed Ibrox in somewhat acrimonious circumstances in February, speculation about who would be the potential replacement was rife.

Various names were mooted, including former Rangers favourites Alex McLeish and Walter Smith. Gary Rowett was also seemingly a popular choice, but ultimately it was Pedro Caixinha who was tasked with rebuilding the club after a topsy-turvy seven months.

Despite his reign still being very much in its infancy, the Portuguese manager has been drawn into criticism from some quarters.

Caixinha irked some Rangers fans after sharing an embrace and a smile with rival boss Brendan Rodgers following the Light Blues' 5-1 humbling at the hands of Glasgow foes Celtic.

There have also been a number of supporters who have questioned team selection in recent weeks – particularly the continued omission of prodigious talent Barrie McKay.

The 22-year-old came off the bench to equalise in the eventual 2-1 victory over Partick Thistle and was finally given a starting berth against Hearts, scoring once again.

But are the early rumblings of discontent justified at this stage? A quick glance at the stats would suggest otherwise.

An initial streak of five games unbeaten was devastatingly punctured by successive league and Scottish FA Cup losses to Celtic at the end of April.

Since then, though, Rangers have had two consecutive 2-1 victories and can reduce the gap between themselves and second place to just three points should they beat Aberdeen in midweek.
There are some big decisions to be made in the weeks ahead for the former Al-Gharafa manager, and he has already had his say on the future of two current squad members.

Veteran striker Kenny Miller has been retained for another season but it was recently announced that experienced defender Clint Hill will be released in the summer.

Ironically, the ex-QPR stalwart was named the man of the match in Rangers' recent victory over Partick Thistle – prompting a cluster of fans to question the logic behind letting him leave.

Caixinha has presumably been given assurances that he can bring his own players in once the transfer window opens, and Hill's impending departure would suggest he believes a better alternative is waiting in the wings.

In the meantime, the 46-year-old will have to make the most of the resources currently available.

Although scathing disapproval has hardly been widespread up until this point, the scope for opprobrium will augment rather quickly should Rangers fail to make a positive start to the 2017-18 season.

Anything more than reasoned scepticism at this stage seems slightly harsh, particularly as the only club to have got the better of Rangers since Caixinha's arrival is unbeaten champions Celtic.

However at Ibrox, competing with the Hoops is a minimal requirement – and this season, they haven't.

That's not Caixinha's fault. But if there is no evidence of tangible progress by the time September comes around, don't expect Bears fans to be quite so patient.
James Smith

26-year-old football enthusiast and staunch advocate of all things gambling. Bluenose, for my sins. I have a passion for writing about football - particularly Rangers. My time is spent in London and Glasgow.