Cyriel Dessers is on course to fulfil a childhood dream of representing Nigeria instead of Belgium at international level. However, the 24-year-old Eredivisie top scorer risks extinction afterwards. He must tread carefully.

It isn't novel anymore for the Nigerian FA to poach players with any link whatsoever to the country. By birth, paternal or maternal, they hunt those perceived to possess exceptional traits, like hunters going all out for animals’ rhino horn. There's no limit to their desperation.

England is the primary target. Colonial ties and the Premier League's razzmatazz appeals. As any major tournament arrives, a British-breed is targeted. Camberwell-born Joe Aribo is the latest to fall prey.

Semi Ajayi, Ola Aina, Josh Maja and Alex Iwobi were the other one-time English prodigies that featured alongside the Glasgow Rangers midfielder on his debut against Ukraine in October. Jamilu Collins (Germany), William Troost-Ekong (Netherlands) and Anderson Esiti (Portugal) make it octet of ‘foreign mercenaries’.

As deplorable as it may seem, the system is yielding dividend. More and more Nigerian stars in the diaspora are showing interest to don the green and white jersey. In the current Super Eagles roster, there is about 11 eligible for other nations. Cyriel Dessers rounds it to a dozen.

Born in Leuven to a Belgian father, the 24-year-old qualifies for Nigeria through his mother. His Super Eagles path is cleared by his uncapped status for The Red Devils at any level. For Dessers, his motherland was always the first choice even though the obvious competition in Roberto Martinez's team contributed.

It took Dessers a ton of blood, sweat, and tears to get Nigeria's attention. He’s toiled in the fringes of the lower leagues, from Belgium to the Netherlands before reaching the elite class. His 61 goals and 25 assists in the last three years for NAC Breda, FC Utrecht and Heracles Almelo hastened the process. 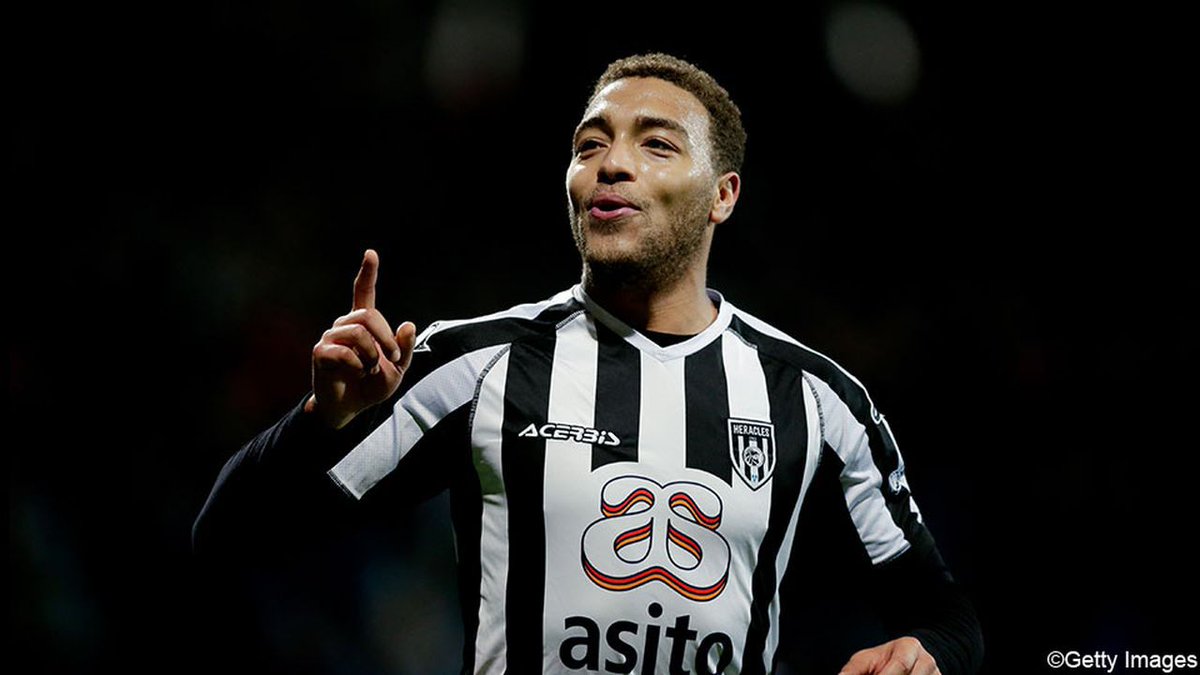 "There's already been contact with the NFF. After the match against ADO Den Haag (last Saturday), an official from Nigeria sent me a message that I was doing well.

Dessers began his career at OH Leuven in his neighbourhood but made a solitary senior appearance. City rivals Lokeren gave him a fresh start in 2014. There he enjoyed regular football, hitting seven goals in 40 appearances across two seasons.

Dessers’ real poachers qualities came to the fore after crossing the border to the Netherlands in 2016. At second-tier Breda, he buried 29 goals in 40 matches, helping them secure promotion. He, however, elected to have his first feel of Eredivisie elsewhere – Utrecht. Two seasons at Stadion Galgenwaard yielded 19 goals.

Despite finishing sixth last season, Dessers ditched Utrecht for Almelo. He must be glad he did. With 11 goals, the 24-year-old is the division's top marksman. An additional five assists mean the soon-to-be capped Super Eagle is involved in over 55 per cent of Heracles’ 29 strikes. He was named the league's November Player of the Month after scoring six goals and producing three assists.

Dessers bears all the hallmarks of the archetypal goal-getter. Headers, scrappy follow-ups, 20-yard drives straight out of the top drawer, he notches them all. Standing at 6'1", he possesses a similar physique to Lille's Victor Osimhen. While not blessed with abundant pace like the 19-year-old, he doesn't relinquish possession without a fight.

Without a doubt, Dessers would be a great addition to a young and exciting Nigerian bunch. Although Osimhen already locked down the solitary starting berth in the attack, Gernot Rohr could do with extra firepower from the bench. Regular backup Paul Onuachu hasn't quite been up to the task.

Dessers, though, might be caught up in Rohr's experimental web, especially in the final third. For every Iwobi success story, there is a Maja yet to click. For Aina, a certain Tyrone Ebuehi was sacrificed. While a Brian Idowu had to make way for Collins. It doesn't always follow the plot.

Rohr is notorious for inviting players and not capping them. Sometimes, he ceases to extend invitation after just two matches. Ndifreke Udo, David Okereke, Maja, Peter Olayinka, Emmanuel Dennis are just a few victims with barely an hour of international football among them.

Dessers could be next. Beware, you're warned.