Can David Luiz be an Arsenal difference-maker?

The David Luiz experience is incomplete without his eccentricity. He can be “mad good” at times, but he makes the headlines upon a rush of blood to the head. Unfortunately for Unai Emery, he tends to unveil his hidden craziness quite often...

As shown in his horror-show at Anfield, the Brazil international can turn the tides against his side’s favour very quickly with unnecessary errors. For a side desperate to put their defensive vulnerabilities to bed, Luiz is one to keep dragging back the monsters Emery is trying to vanquish. It doesn’t help the Gunners' big-game reputation that his dark side comes to light on the major occasions more often than Arsenal would like.

Something which distinguishes the Brazilian from his new defensive teammates is that he craves attention. While Arsenal’s topsy-turvy defenders tend to shy away from the limelight, Luiz thrives as the hot topic. Unfortunately for him, it’s more often his mistakes than his good work which goes viral. It’s probably that attitude and mindset which compelled Frank Lampard to sell the curly-headed defender to a direct domestic rival.

Even though the Chelsea manager is now struggling with his own leaky defence, he’s at least free from one particular headache. Unlike Sideshow Bob, Luiz isn’t interested in playing a supporting character. As the self-appointed leader in their backline, which is both good and bad, he needs to exorcise his erroneous tendencies.

The 32-year-old must realise how switching off during games can completely ruin Arsenal’s momentum. When the Gunners concede thanks to his inaccurate positioning, inability to make concrete challenges or lapse in concentration, even their terrific Aubameyang-Lacazette-Pepe trio can’t avenge them. It’s understandable that an attacking line grows impatient when their good work is cancelled out by unforced errors. 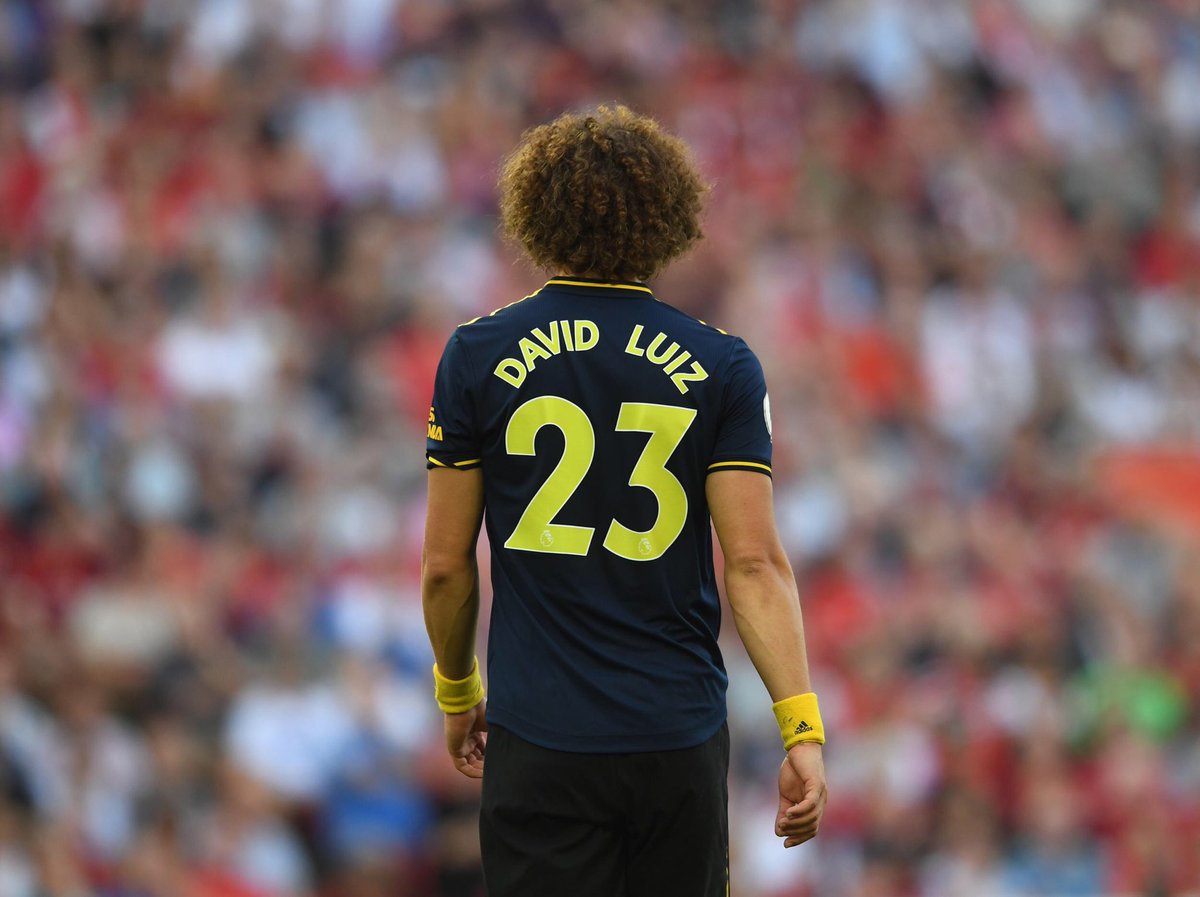 However, there’s reason for Emery to remain optimistic despite these occasional horror-shows. Both regular full-backs in Hector Bellerin, and new signing Kieran Tierney, are returning to action soon. They’ll help add a protective defensive layer while also adding fresh dynamism to the Arsenal attack. With a more mobile left-back, Luiz's weaknesses should be kept under wraps.

Apart from that occasional error in judgment, he’s actually an influential character. He did keep fifteen clean-sheets with Chelsea last season, acting valiantly as their senior-most figure in defence. While he likes to take risks with his last-ditch challenges, which plays with the fans’ emotions, Luiz remains assertive with the majority of his defensive work.

When it comes to making clearances, winning headers and passing out from the final third, Luiz will be the first to rise up to the challenge. Having maintained a 76% tackle success rate in his Premier League career, he’s clearly not afraid to plunge into strikers. Moreover, the Brazilian’s biggest traits lie in his commendable distribution skills. Unlike certain Arsenal defenders (I’m looking at you Mustafi), he’s fearless when it comes to pinging the ball around the park.

That’s perhaps the biggest reason why Emery brought him to the Emirates. Thanks to his tendency to quickly work the ball forward, he’s an asset for his opportunistic strikers. For those looking to beat the offside trap or snuggle past defenders, the Brazilian’s looped through-balls are a thing of beauty. Expect him to deliver priceless assists (or pre-assists) for the many beautiful goals in Arsenal colours over the next few years.

Of course, his acquisition will often come under criticism with every error he makes. However, with promising French defender William Saliba being touted for greater things, the Brazilian is a more than decent fall-back option in the short-term. He’s suited to the Spanish style, brings leadership qualities and a wealth of experience to a relatively inexperienced side.

Leave a comment
Latest Premier League Articles
Will Timo Werner by given time to turn his Cheslea career around?
By Simon Hahn