Real Madrid has struggled more than expected this season. Although Los Merengues kicked off the campaign with a huge win over FC Barcelona in the Spanish Super Cup, they have not lived up to expectations in La Liga or the Champions League thus far. Their league form has been the most disappointing aspect. It has led to manager Zinedine Zidane acknowledging that his team "might need reinforcements" during the January transfer window.

Madrid's problems have tended to come in defence. Keylor Navas' injury has shown Kiko Casilla is not good enough to start in goal. The centre-backs deserve some of the blame, too. Pepe's departure left a huge void, exacerbated by Sergio Ramos' absence through injury. Jesus Vallejo and Nacho are decent players. However, the former probably needed another season elsewhere to gain more experience while the latter is likely to transition into a full-time left-back.

Los Blancos must upgrade their defensive unit in January. They need a defender who can come off the bench to provide solutions while not hurting the team's overall play. At the same time, Madrid require a competent, quality partner for Raphaël Varane.

That player is David Luiz. The Brazilian centre-back is out of favour at Chelsea, with all signs indicating he will leave the club in the near future. His relationship with Antonio Conte is broken beyond repair. Luiz is also keen to play elsewhere if the chance arises. Real Madrid has taken note, and recent rumours suggest both parties have already established contact in an effort to see whether a January move is realistic. 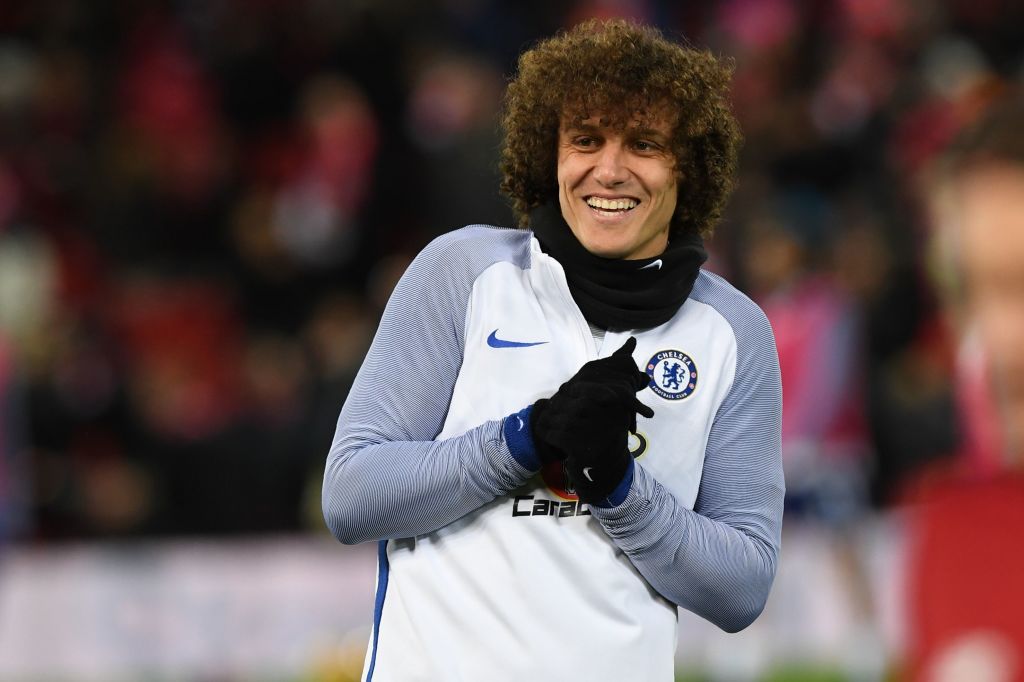 BBC Sport
BBCSport
Follow
It's not all bad news for David Luiz.

Real Madrid are after him according to the papers.

Luiz would certainly bolster Madrid's defensive line. He could definitely start alongside Ramos or Varane. That would allow Nacho to become Marcelo's backup at left-back.

Luiz can play in other roles, too. He has featured regularly as a defensive midfielder for both Paris Saint-Germain and Chelsea in recent years. Even though that's not his best position, he's capable of getting the job done. He would provide Madrid with some much-needed cover for holding midfielders Casemiro and Mateo Kovacic.

A player's ability is not the only criteria to play for Real Madrid, though. A special personality is required to thrive alongside the Galacticos. The pressure of winning is monumental as most football fans across the world await the team's result on a weekly basis. Fortunately, Luiz has the necessary mindset. He has been considered among the world's best defenders during the past 10 years and understands the demands that come with playing for a big team following his stints with Chelsea and PSG. Having represented Brazil 56 times, Luiz also knows pressure. He embraces it. How many times did he save his country or former French club with attacking runs and defensive tenacity? The defender also produced for Chelsea during his first spell, in what was arguably the best period of his career.

Los Blancos have registered only five clean sheets in 13 Liga matches. They couldn't keep the door shut in four games against Tottenham and Borussia Dortmund in the Champions League, either.

David Luiz would solve the team's woes almost instantly. If the chance arises, Real Madrid must do everything possible to sign him. The Brazilian could become a valuable member of the first-team squad.