Jose Mourinho has done a decent job since taking over at Tottenham. The Portuguese manager returned the side to winning ways after Mauricio Pochettino failed to maintain the high standard he initially set at White Hart Lane. The Argentine's good work ensured that Spurs became a regular top-four team in the Premier League, even challenging for the title on occasion. But the team fell apart defensively this term. Three wins in 12 league games was the result - with just one clean sheet.

Used to the new-found success and expecting even more after reaching last season's Champions League final, Daniel Levy had a decision to make. Keep faith with a manager who has taken the club from being an annually average side to a regular top-four candidate? Or make a change to halt the downward spiral and save the club's season? In the end, Levy chose the latter and pulled the plug on Poch.

He took a gamble on Mourinho as the man to put Spurs back on the right track. It was a surprising decision to many who feel the 56-year-old is no longer all-that special. The serial winner had become a shadow of his former self after failing to replicate his success of years gone by in his most recent projects. Now commonly referred to as "the humble one", the former Chelsea gaffer has justified Levy's decision by restoring the club's hope of a top-four finish at the end of the campaign.

The team was 12 points adrift of the Champions League places place when he took over. But only a surprise draw at Norwich prevented the Lilywhites from overtaking Frank Lampard's Chelsea to fourth place (albeit temporarily). Going behind twice in the game only to fight back and earn a draw brought back memories of an all too familiar problem this season. In his eight league games in charge (and ten overall), Spurs has only kept one clean sheet. The lack of a proper left-back is rearing its ugly head.

Although Spurs boasts of some of the best centre-backs in the division, they've missed the contribution from their full-backs. Serge Aurier is a decent player, but Kieran Trippier offered so much more than the former Paris Saint-Germain does. It's difficult to understand why Pochettino sanctioned his sale to Atletico Madrid. 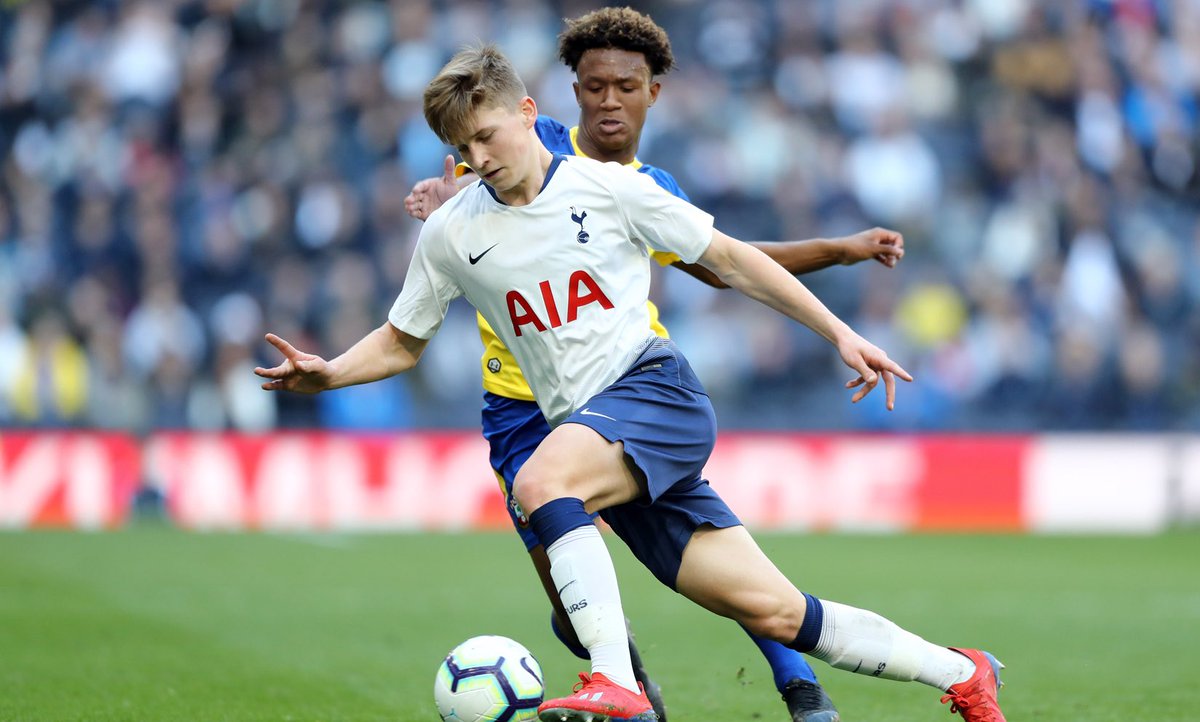 Vertonghen's ineffectiveness in the position explains why he has been substituted in two of the club's last three games. In fact, he was pulled out at half time against Norwich. At a time when Mourinho should be thinking of reinforcing his midfield or forward line to overwhelm the opponent, he is usually bothered about his defence.

But there could be a solution in youngster Dennis Cirkin.

The club's academy prospect who has distinguished himself as a top talent while playing for the U18s and U19s can do a decent job if given the chance. The teenage left-back could provide necessary cover in the position and maybe grow to become Spurs' own Trent Alexander-Arnold. That will allow Vertonghen and Alderweireld to give their best at the heart of the defence. Davinson Sanchez will be on hand to give either of them rest when necessary.

In an age where youngsters are given the chance to make their mark and grow into the senior team, the 17-year-old should not be held back. His introduction will benefit all parties involved. His development will be fast-tracked, the team's results will likely improve and Mourinho can have one more thing to brag about: he gave Cirkin his big break.

Lampard demonstrated the forward-thinking that future managers must adopt when he brought in 19-year-old right-back Tariq Lamptey against Arsenal on Sunday. But he is not the only one. Ole Gunnar Solskjaer has played 19-year-old Brandon Williams in Manchester United's defence with regularity. And for anyone who thinks Cirkin is too young to fit into the senior team, Barcelona's Anssumane Fati is also 17. So is Inter's Sebastiano Esposito.

After almost a year out of work, Mourinho must adapt to the new way of thinking and include Cirkin in his team. That will be necessary not only to compete against the big guns but to put Tottenham ahead in the long run...