After England's U21s side saw their European Championships ended prematurely, the nation's hopes fall firmly on the Lionesses' shoulders. Phil Neville's women's team are into the World Cup quarter-finals and today, they'll go head-to-head with Norway. Following a heartbreaking defeat at the semi-final stage four years ago, how far can they go this time around?

Ten goals scored, just one conceded, England have naturally grown in confidence as the tournament has progressed. Their 3-0 victory over an unsportsmanlike Cameroon side being the highlight so far, with the Lionesses showing they have more than God-given ability. They have a fight, a desire, a real drive to win. Heck, Gareth Southgate's squad could learn a thing or two from these ladies. They didn't wilt under the pressure nor fold with the drama that was taking place around them. England's women have found a believer in me.

Any side with major title aspirations needs to have a stern defence. None epitomise the English spirit more than superstar captain Steph Houghton. The Manchester City ace kicked things off against Cameroon by scoring superbly from an indirect free-kick. Late on in proceedings, the 31-year-old was on the receiving end of an innocuous tackle, but she didn't moan nor make a fuss. Instead, she got back up and saw out the match. England's skipper is an injury doubt for the Norway game. Fingers crossed she makes it.

Houghton is backed up by top players including Lucy Bronze, Alex Greenwood and Millie Bright. The latter is suffering with a virus, hopefully, she pulls through and is ready to go come kick-off time. 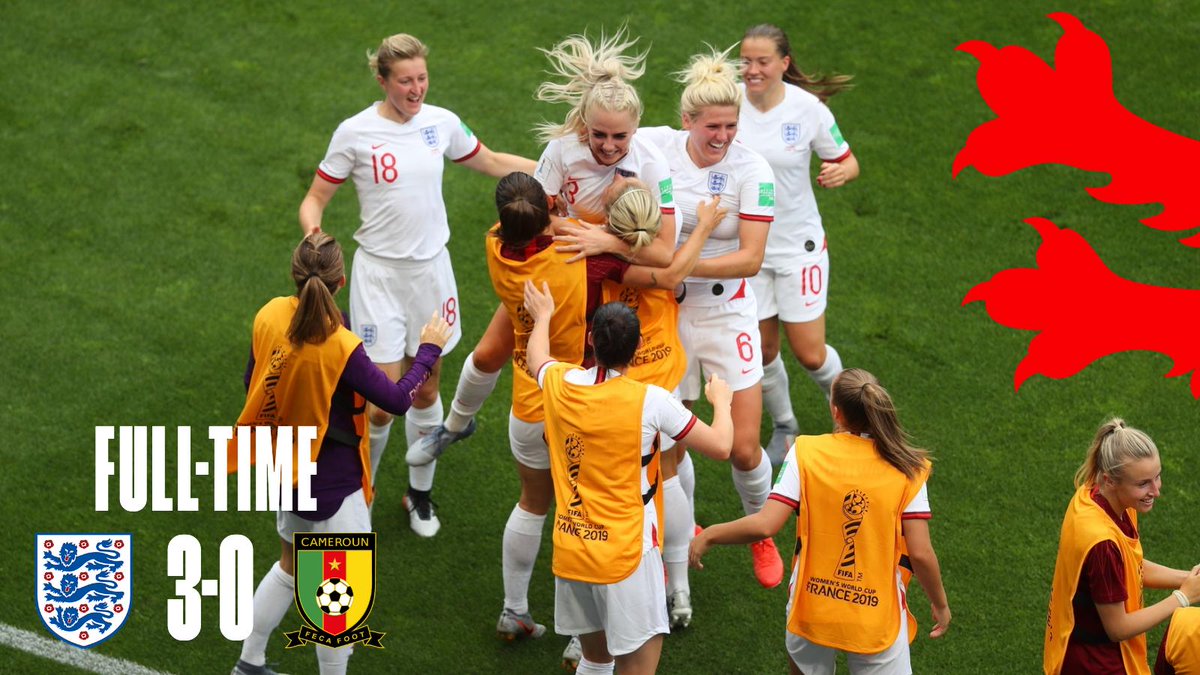 Keira Walsh will be tasked with sitting deeper in the midfield once again, allowing the trio of Nikita Parris, Fran Kirby and Toni Duggan to do what they do best - carve out openings and feed the ball to the deadly Ellen White, who already has four goals to her name during the tournament. She'll be hoping to add to that impressive tally this evening.

This is a team that will run themselves into the ground for one another. These ladies have a sheer willingness to win on any given match-day. That fighting spirit cannot be understated. With the astute guidance of manager Neville, this team does have the potential to go all the way. Yet, it won't be easy. Norway aren't ranked the twelfth-best team in the world for nothing. They'll have their moments and it's up to England to weather the storm and come out on top.

Should they get past Norway, a date with hot-favourites the United States or highly-fancied France awaits in the semi-finals. There comes the real test, although it's down to England to take it game-by-game and beat the opponent that's put in front of them. Without wanting to look too far ahead, it feels as though Germany is the team to beat in the other half of the draw. What better way to lift the trophy than beat the old enemy? I just hope it doesn't go to penalties...

Jokes aside, the England Women's team have been a breath of fresh air during this World Cup. The whole country is behind them and hopefully, they can do something special.

Is it finally coming home? The Lionesses have every chance.