When asked to name the top African footballers on the planet, Mohamed Salah and Sadio Mane quickly spring to mind. The Liverpool duo deserves recognition for their exploits at both the club and international levels. Riyad Mahrez tends to be an afterthought. He's managed the international side well, winning the AFCON over Mane and Senegal with his Algerian teammates. He hasn't enjoyed the opportunities at Manchester City that his counterparts have with the Reds

Regardless, Mahrez is definitely one of the most talented superstars Africa has to offer. He has been a stand-out performer since breaking through with Leicester City in 2015/16. Unfortunately, a protracted exit from the King Power only to be used as an impact sub in his first season at the Etihad keep the 28-year-old in the second tier of Premier League stardom.

A highly talented attacker with immense skills and brilliant instincts, Mahrez announced himself to the football world in spectacular fashion, playing an influential role when Leicester City cruised to their unexpected Premier League triumph.

The Algerian took the EPL by storm, recording 17 goals and 10 assists in 37 appearances, earning the PFA Player Of The Year award. Naturally, big clubs across Europe showed interest. The Foxes battled to keep their star and Mahrez agreed to stay another year with the understanding he would be allowed to leave before the 2017/18 campaign.

Leicester reneged on that promise, refusing to sell the Algerian to Manchester City despite a rumoured £65 million bid. Angry, the player made himself unavailable. After a long boycott, he came to an agreement to return to the club. Ironically, the match that ended his self-imposed exile came against Pep Guardiola and City.

Following the season, Leicester finally sold him to the Sky Blues for £60 million. He impressed in early starts for the club with Raheem Sterling still on holiday following England's deep run in the World Cup. When Sterling returned, Mahrez fell in the pecking order. Guardiola showed more trust in the Silvas, David and Bernardo, and Leroy Sane, all of whom were more familiar with the manager's system. He finished the term with 12 goals and 12 assists across all competitions but could have done more with further opportunities. 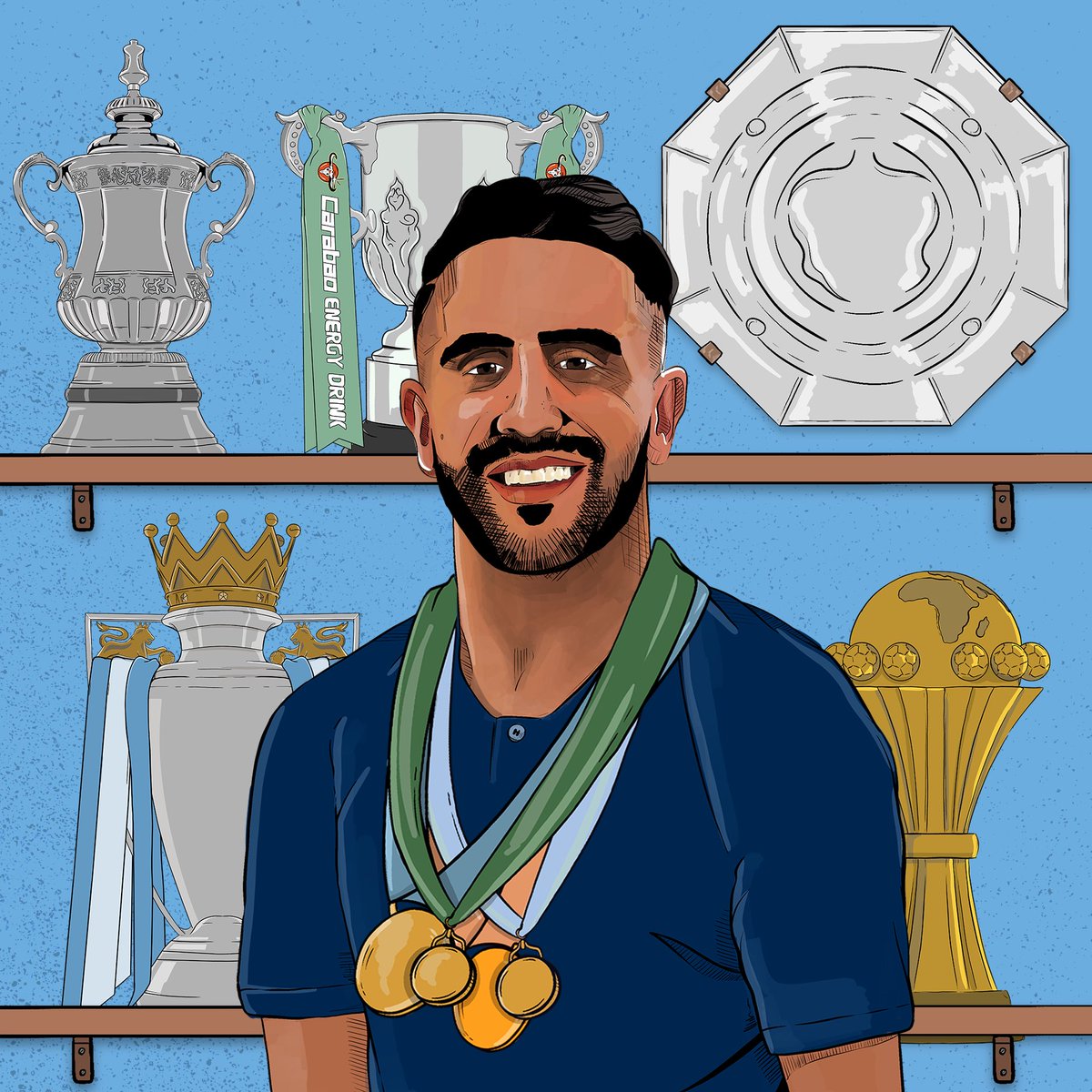 While the Algerian played an important part in City's unprecedented domestic treble, he wasn't given the opportunity that he could be a driving force in the squad. That was rectified this summer when he exchanged his club shirt for the white, green and red of his homeland and led the Fennecs to the AFCON title.

He wore the captain's armband and proved more than capable of leading his side to glory. He scored the tournament's most dramatic goal, a 95th-minute free-kick that eliminated Nigeria in the semifinal. He was also influential when the Desert Foxes defeated Senegal 1-0 to claim the continental crown. Mahrez finished with 3 goals and was included in the team of the tournament.

The winger can only hope that Pep Guardiola took note and is prepared to offer him greater responsibility. But, question marks remain over his chances of featuring regularly in Pep Guardiola's star-studded team. It's a desperate hope, however.

Raheem Sterling finished second to Virgil van Dijk in the PFA Player of the Year voting last term. David Silva remains the top muse in Pep's attack even though this is the 33-year-old's final season at the club. Bernardo Silva, 24, made his case to succeed his 'brother from another mother' with his 13 goals and 14 assists, largely off the bench in 51 appearances. All three can play anywhere across the pitch in attack whereas Mahrez has only shown his proficiency on the right flank. Factor in Keven de Bruyne and Ilkay Gundogan's work as central midfielders and Mahrez is left to fight with Leroy Sane and youngster Phil Foden for the scraps.

The former Leicester standout has the talent and maturity to carry any team. Unfortunately, he is one among many elite players at the Etihad and his brilliance at the AFCON probably isn't enough to push him to the front of the line. As the old saying goes, though, he made his bed.