Does Europe beckon next for Ange Postecoglou?

If fans were asked to reel off Australia's most notable exports of the beautiful game, it would prove a straightforward task. The likes of Harry Kewell, Tim Cahill and Mark Viduka have lit up the Premier League over the years and entertained millions of fans watching worldwide.

Should the question be tweaked to name the most acclaimed Aussie coaches though, many may struggle to answer. Currently, Anthony Limbrick is interim manager at League Two strugglers Grimsby Town, whilst Kewell has had undistinguished spells in charge of both Crawley Town and Notts County.

The man who can now comfortably lay claim to this is Ange Postecoglou. The 54-year-old recently guided J-League outfit Yokohama F.Marinos to their first title success in 15 years.

Postecoglou's coaching journey began with Australia's U17 and U20 sides. In 2009 he took charge of A-League outfit Brisbane Roar. He initially rocked the boat by dispensing of senior pro's such as Craig Moore, Danny Tiatto and Charlie Miller. However, his decision would prove to be vindicated as he led Brisbane to two championships, including a 36 match unbeaten run, which remains the longest undefeated streak amongst any code of sport in Australia.

Employing a possession-based 4-3-3 formation, the Roar were dubbed 'Roarcelona'  during their golden period. His success led him to Melbourne Victory and a year later the Socceroos came knocking at his door. His tenure in charge of the national side included qualification for both the 2014 and 2018 World Cups and a memorable 2015 Asian Cup victory on home soil; where Australia overcame South Korea in extra time. 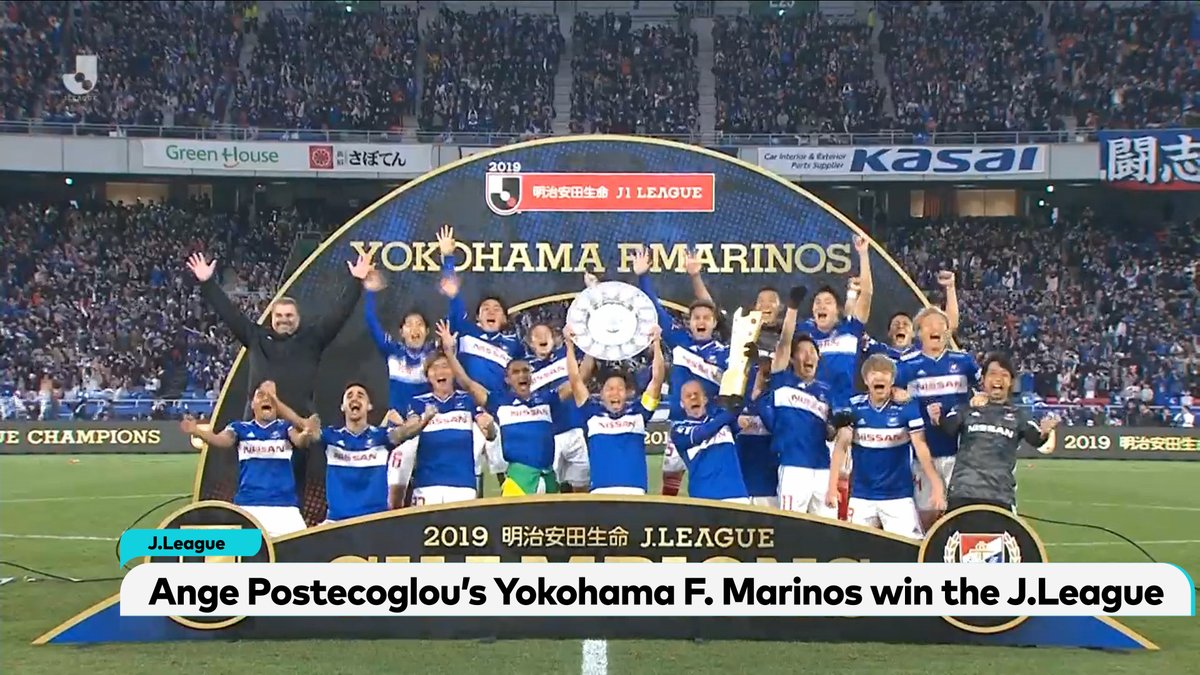 This is how they did it, on the final day of the #JLeague season 👇

Postecoglou stood down as the national team boss less than a week after Australia confirmed their place at Russia 2018. The personal strain of the job had taken its toll on him. Despite his successes with an Australian squad far less talented than the 'golden generation' of 2006, Postecoglou still came in for heavy criticism in some quarters. Their loss was clearly Japan's gain.

In his first season at City Football group owned Yokohama F.Marinos, there were initial struggles as the squad came to grips with his demands. After a flirtation with relegation, the Marinos finished 12th. Rather than send Postecoglou packing, the Yokohama board maintained their faith. They reaped the rewards this season as a final day victory over second-placed FC Tokyo clinched the title.

Talk is now whether the Australian will look to Europe for the next chapter in his career. Many see it as a logical step. Certainly, his name should be on the radar of clubs. The stark reality is despite a strong CV, his appointment would still be viewed as a punt.

Postecoglou should also be wary of a possible chauvinism in Europe and particularly the UK. Former US national coach Bob Bradley arrived and departed at Swansea City in less than three months back in 2016.  Many will point to just two wins in eleven games as a rationale for his exit, but it was obvious he faced the added stigma as an 'American coach' and was perceived as an outsider. Would there be a danger in Ange facing the same fate as a non-European?

For now, Postecoglou will prepare for a title defence with the Marinos, having extended his contract until the end of 2020. Further glory in next seasons AFC Champions League - where they will face Sydney FC in the group stages - will only serve in intensifying speculation to his next move...

FC Tokyo hoped to coincide the city’s Olympic Games with a gold medal of their own. It appears they must settle for silver. Citizens of neighbouring, Yokohama,…