Does Juan Mata still have something left in the tank?

Everyone loves them some Juan Mata. The superstar Spaniard is undoubtedly amongst football's nice guys. From that cheeky smile to his extensive charity work via Common Goal, the 31-year-old is supremely endearing. Manchester United's attacking midfielder is a rare breath of fresh air in a time where your average supporter has never felt more disconnected from their heroes; the ultimate Mr Nice Guy.

It's a shame then, that Mata the footballer has often underwhelmed. During his time at Chelsea, there was arguably no finer playmaker on the globe. When Mata rocked up at United's AON Training Complex in a private helicopter donning a suave suit, the Old Trafford faithful were understandably excited. Six years and probably a similar amount of positional switches later, Mata has only confused - though no fault of his own I'd hasten to add.

Often stuck out on the wing, Mata's lack of pace is made all-the-more evident. United supporters have longed for their #8 to be given a real shot through the middle as a true #10. David Moyes, Louis van Gaal, Jose Mourinho and Ole Gunnar Solskjaer have all passed up on that opportunity. This weekend, Mata took matters into his own hands against Norwich City. He'd drift inside, pass and move, create space for himself (and teammates) while remaining a constant threat in his opponents' side. The Red Devils' problem this term has been breaking down the low block. Maybe the 20-time Premier League champions have had the solution under their noses all this time?

Mata rolled back the years putting in a performance we've not seen since he turned Liverpool's home turf into 'Juanfield' back in 2015. United had rediscovered their creative spark with Mata delivering two sumptuous assists for both Marcus Rashford and Anthony Martial. His outing wasn't just two moments of brilliance, either. He'd control the game throughout with his quality, ingenuity and technical nous. 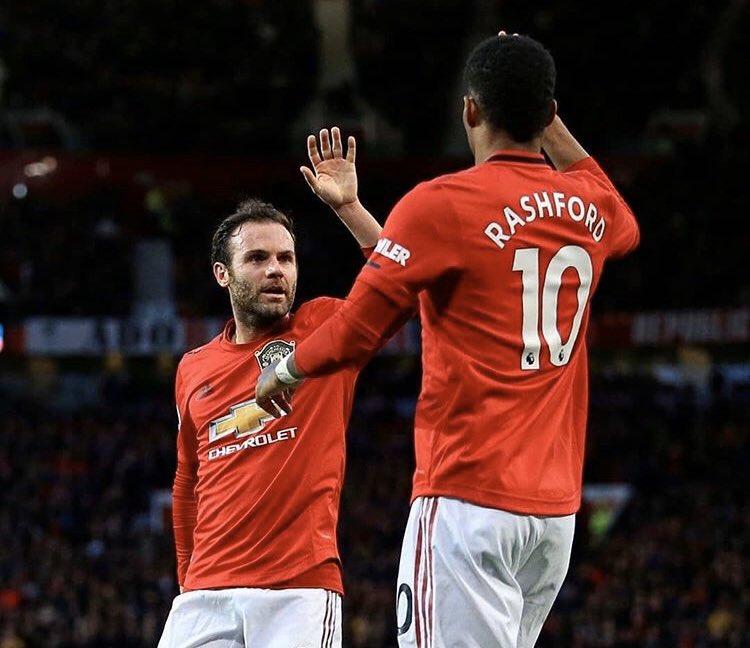 Okay, so we have to take into account the quality of opposition. We're hardly talking about a prime Barcelona here, instead, the Premier League's basement side. Norwich was incredibly poor, that much is obvious. However, it's against the teams whom United are expected to beat where the problems have stemmed from. Watford, Bournemouth, Newcastle (and countless others this season) will attest to that.

Without Mata in the side, one could easily presume that the same old failures would've again come back to haunt United against the Canaries. I fully expected to see the same old lack of movement from the front-men, with hopeful Hollywood balls that run straight through into the goalkeepers' hands (or into row-Z!) to be played by that struggling midfield. Instead, Mata made United tick. The Red Devils actually created decent chances and it's no coincidence that United scored four on the day; all thanks to one man.

Sure, it's as small-a-sample size as you're ever going to get. It's now down to Solskjaer to keep faith in Mata, while the player has to deliver on a consistent basis. Perhaps the Spaniard is in a similar boat to Nemanja Matic in the fact that if you don't overplay him as to not let him tire, in the right surroundings, with the right footballers around him, Mata can flourish. He has always been the cherry atop the icing rather than the cake, but that has what United have been lacking on countless occasions this term.

Wolverhampton Wanderers head to Old Trafford tonight. I, for one, would be stunned if Juan Mata isn't named in the starting line-up...