A certain buzz accompanied Domenico Berardi's emergence in 2012. Stardom was envisaged in a year or two. It didn’t manifest. This season, the Sassuolo playmaker is making up for lost time.

The 2012/13 campaign was a memorable one for the Neroverdi. Almost a century toiling in Lega Calcio's lower ranks ended. Top-flight football reached Emilia-Romagna. Success derived from sorcery rather than the typically static Azzuri model. Berardi was crucial to Eusebio Di Francesco's method.

The attacker was the shining light. He made his debut in August at 18 against Cesena and scored his first professional goal five days later. He added 10 with six assists to be named Serie B's Best Player in the annual Gran Galà del Calcio. The usual hype followed.

Clubs flocked. Juventus found headway. Sassuolo agreed to an unusual arrangement in which Juve owned 50% of Berardi’s rights. He remained with Di Francesco’s side for the 2013/14 season on loan.

Berardi was truly a special talent. Quick, tenacious, technically gifted, hardworking, the Italian possessed a predatory eye for goal. He showed versatility, slotting in several offensive positions across the pitch. As a striker, supporting forward or on either flank, the Sassuolo prodigy was efficient.

He carried his superb run of form into Serie A, racking up 16 goals and six assists. Among them were two hat-tricks and all four goals in a 4–3 home win against AC Milan. He followed that up with 15 strikes and 10 assists in 2014/15 season. Then he went off the rails.

Berardi's contribution dwindled. He remained at Sassuolo without matching his early success. He failed to reach double figures for goals in five successive Serie A seasons. His worst return yet was in 2017/18 when he managed just four efforts. Supremely talented, Berardi's attitude and indiscipline were questioned. 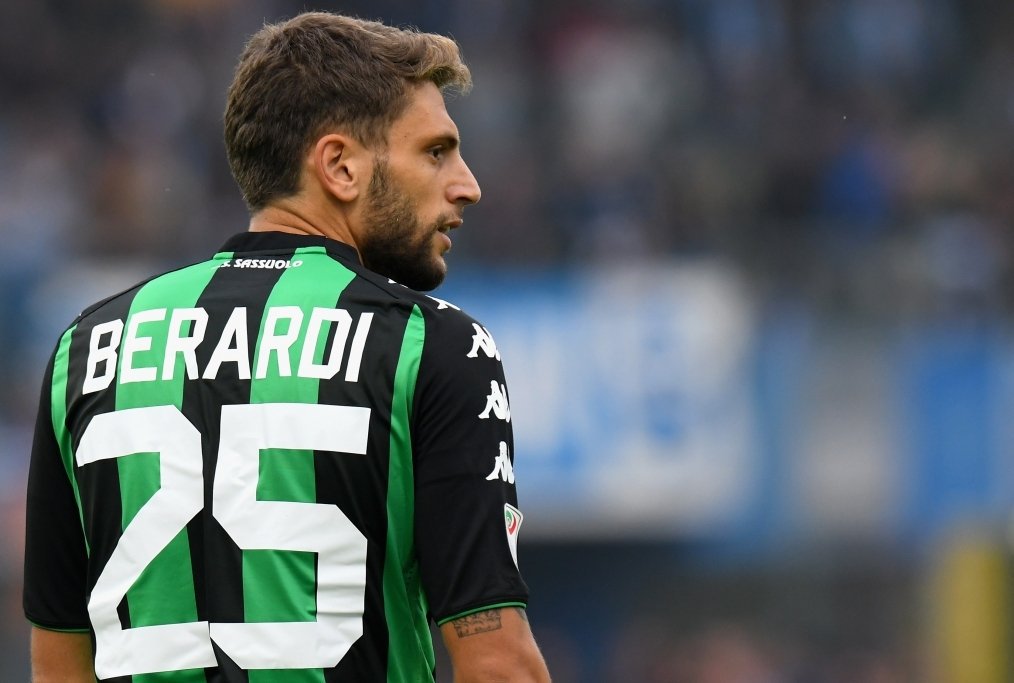 Not anymore, however. Berardi is back from the cold. With six strikes, the Cariati native is Serie A's second top marksman behind Ciro Immobile. That's despite playing two games fewer than the likes of Romelu Lukaku, Edin Dzeko, Cristiano Ronaldo and Dries Mertens. According to Whoscored, he is the division's best player.

Berardi showed some progress under Roberto De Zerbi, last term, but few expected such a flying start. The Italian struck a hat-trick against Sampdoria on his first appearance, buried two on his next at Roma, then added two assists against SPAL. Berardi’s effort last week left him directly involved in 50 per cent of Sassuolo goals.

His lethal turn of pace and a fierce strike are his no-longer secret weapons. The attacker's deadly left-foot, either from a set-piece or direct play, is clinical. Whether he leaves defenders for dead out wide or faint flicks around the corner to link up play, Berardi can pull generate chances to devastating effect.

More than ever, he is showing responsibility. At 25, he is a leader. named the vice-captain, he occasionally takes up the armband from Francesco Magnanelli. The period of misconduct and absolute abuse of his talent appear past.

Berardi must maintain this form to keep Sassuolo in Serie A.The Black and Greens are currently 17th albeit having played one fewer matches than their direct rivals. As the pressure builds, he must respond with continued, calm, composure and leadership. If he doesn't, this time, there may be no comeback.