A desperately needed 3 points from an uncharacteristically professional Hamburg performance on Friday night! Organised in defence where Mavraj and Papadopoulos were superb, repelling everything Leverkusen could throw at them.

Bayer 04 Leverkusen
bayer04_en
Follow
75' #Papadopoulos, who we've loaned out to HSV, scores to give @HSV the lead.

#HSVB04 | 1:0
Follow
21:05 PM - 3rd Feb 17
34
33
Leverkusen were thwarted by two problems. The first of which was the absence of Hakan Calhanoglu, he will be missing for 4 months after being banned for shady business as a youngster involving signed and broken contracts with Trabzonspor of Turkey. The second was the previously mentioned Papadopoulos who, not content with being spectacular at the back against his parent club, got forward and scored the winner with a thumping header before running off and celebrating wildly! I don't suppose he will be that popular with Leverkusen fans after that but it was entertaining to see.

Coupon busting Bayern drop points for the first time since November and still manage to increase their lead at the top of the table! Despite going in front thanks to Robert Lewandowski's 15th of the season Naldo equalized just 4 minutes later, in part due to an uncharacteristic mistake from Manuel Neuer. Schalke could/should have been ahead by the interval, Kolasinic and Burgstaller both passing up presentable opportunities.

In the 2nd half, Bayern made most of the running but could not find a way through the well-organized Schalke defence until the 86th minute when Javi Martinez found himself completely unmarked in front of goal. Not the person you want on the end of that chance though and it ended with a creditable point for the Royal Blues.

It took until the 73rd minute for this one to get going, until then it seemed my prediction of a hard fought draw might come true. However BMG managed to score with their only 3 shots on target, Stindl, Raffael and Hermann notched the goals that secured a fantastic start of 7 points from 3 games for Dieter Hecking. I might have to revise my opinion of him if he can keep this up!

A goal after 61 seconds for Haraguchi was enough to secure a vital 3 points for Hertha and stop the slide after 2 defeats on the spin post-Christmas. Ingolstadt looked lost on Saturday afternoon which was somewhat of a surprise after generally positive performances since Maik Walpurgis took over. I mentioned they have a nasty little run of games in the preview, next up, Bayern. They could be adrift by the time March arrives on his evidence.

A goal from who else? Anthony Modeste slammed home a penalty in the 81st minute, just reward for a game Köln dominated.

In a first half devoid of much action Osaka blasted narrowly past the post. Köln were looking inventive, bolstered by the return of Leonardo Bittencourt but the final pass was just missing. Into the 2nd half, Modeste was just inches away from making it 1-0 before a couple of decent chances for Wolfsburg were passed up. Modeste was fouled himself for the penalty, no complaints about the decision or the result. 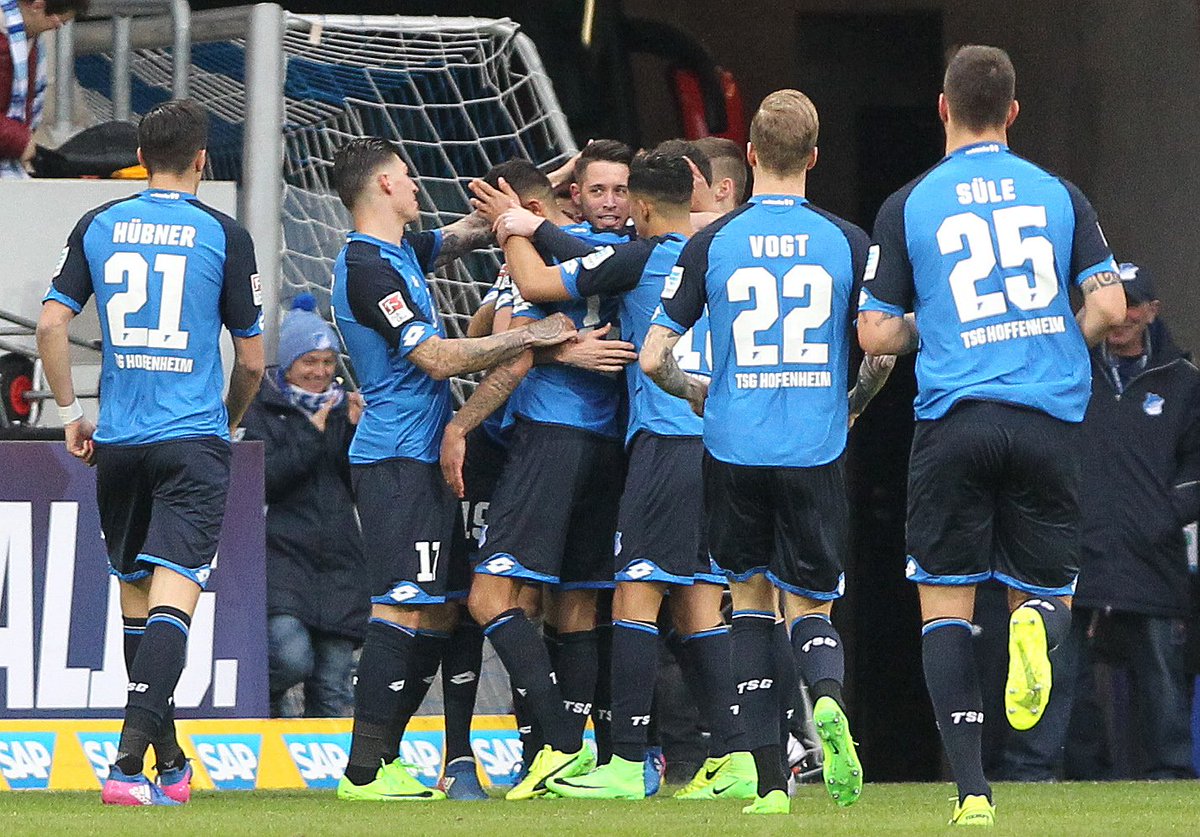 TSG Hoffenheim EN
achtzehn99_en
Follow
And that's it. Home win. 4-0 versus @Mainz05en. ☺️ #TSGM05 https://t.co/979CkbbkxT
Follow
16:24 PM - 4th Feb 17
7
12
Furious action in just 15 minutes of the game, the first 5 minutes saw Mark Uth give Hoffenheim the lead, latching on to a long pass from Sebastian Rudy and hammering in first time from near 20 yards. There followed large periods of sterile domination for Hoffenheim who were content to sit back and let Mainz probe ineffectually. However, the introduction of Adam Szalai seemed to come with an instruction from the bench to turn it on again and goals in the final 10 minutes from Terrazino and a double for Szalai added some gloss to the scoreline.

After the game it became clear how much this meant to Dortmund but it was easy to see on the pitch that revenge was on their minds. This was the best of Dortmund, only their own profligacy saved Leipzig from a hammering on Saturday evening.

Ousmane Dembele was once again prominent throughout, he should have given Dortmund the lead early in the game but his volley from Aubameyang's cross was high and wide. The combination would however lead to what proved the winner, after a trial run 2 minutes earlier Aubameyang got on the end of Dembele's cross to give the home side the lead.

In the 2nd half Marco Reus had 3 good chances to put the game to bed but could not take any of them. That would not matter in the end, the best defensive show of the season from Dortmund meant they did not allow RB Leipzig any chances of note and were able to strike an early blow in the race for 2nd place!

An entertaining game on Sunday afternoon was finally settled in the last minute, the result means Werder are now firmly in the relegation dogfight.

After a good start from Augsburg it was Werder who took the lead, Gebre Selassie nodded in from a free kick with 26 minutes gone but the lead would not last long, Bobadilla was allowed to escape from 3 defenders and crossed for Schmid to equalize just 2 minutes later. From that moment a period of stalemate broke out, both sides were able to effectively cancel each other out.

The deadlock was broken in the 2nd half, Max Kruse added a penalty and it seemed like Werder might be on course for a vital 3 points with just 25 minutes to play. Once again however they were unable to hold onto the lead, Koo emphatically smashed home a volley with 10 minutes to play before Bobadilla bundled home in the last minute of injury time. Augsburg climb to the relative safety of 10th in the table now and can look forward not backwards for now. 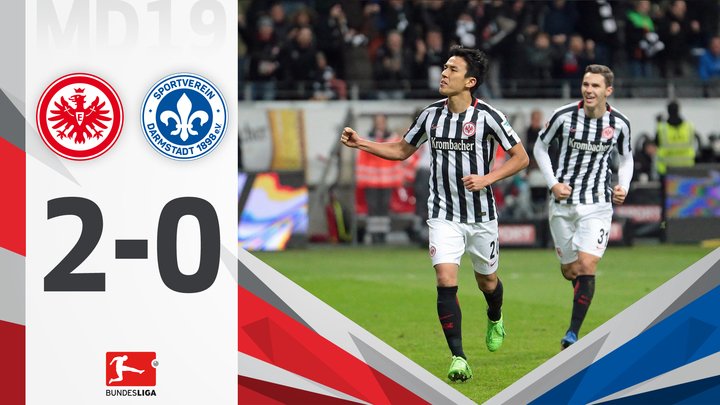 Bundesliga English
Bundesliga_EN
Follow
FULL-TIME! @eintracht_eng move up to 3rd in the #Bundesliga table with tonight's win! #SGED98 https://t.co/AuFahiHzb4
Follow
18:21 PM - 5th Feb 17
40
43
After being severely rattled in the first half by a much better Darmstadt performance Frankfurt were able to get back on top as the game wore on and finally secure the 3 points with goals from Hasebe from the penalty spot and Meier in the final 10 minutes.

It was not a comfortable opening 45 minutes for the high-flying Eagles, Darmstadt had obviously been given a real rocket after last weeks catastrophic result and were all over Eintracht. Unfortunately for them however, the bar came to Frankfurt's rescue after Niemeyer's shot and that was as good as it got.

I have to take a work enforced break for the coming week's action, so if anyone would like to contribute for week 20 please get in touch! See you in Week 21!