By Toby Prince
Bundesliga European Football France Julian Draxler Ligue 1 Opinion Paris Saint Germain Slider Articles Unai Emery Vfl Wolfsburg
Julian Draxler and Paris Saint-Germain are already looking like a match made in heaven. Barely two games into his career in the French capital, the 23-year-old has thus far been phenomenal - scoring in both matches for his new team.
But many had forecasted doom for the forward after completing a £30m move to the club early in January. This wasn't far from the fact that the German international endured a miserable spell at Vfl Wolfsburg where he appeared to have stalled in his development. He scored just five Bundesliga goals in over 34 appearances for the Wolves - an abysmal return considering the hype prior to his switch to the Volkswagen Arena.

Furthermore, considering that the likes of Angel Di Maria, Hatem Ben Arfa and Jesé haven't particularly impressed since they joined the French champions also raised some doubts over his choice of the club. Since the start of the 2016/17 season, the trio has only scored a dire two league goals. No wonder PSG, champions in the last four seasons, shockingly trails Nice and Monaco in the standings having picked just four points from their last four games.
However, Draxler apparently was confident of his decision to move abroad.

"I'm going to discover a new country, a new league, and I'm very proud to take this new step at a club which has become a benchmark in Europe and has signed a lot of great players in recent years," the one-time Arsenal and Juventus target said. "I will do everything to help PSG win new trophies and continue to grow internationally."

Obviously, Draxler is already accomplishing big things in his new club. The German looks rejuvenated and somewhat the catalyst Unai Emery was hoping to revive his team's stuttering season. In his first taste of French football, the 23-year-old was among the goals as PSG thrashed Bastia 7-0 in the Coupe de France. He followed up that superb showing with a much more commanding display on his Ligue 1 debut - scoring the only goal as PSG beat Rennes 1-0. The goal gave the Parisians a cushion for the remainder of the game and helped them keep up with their title rivals. 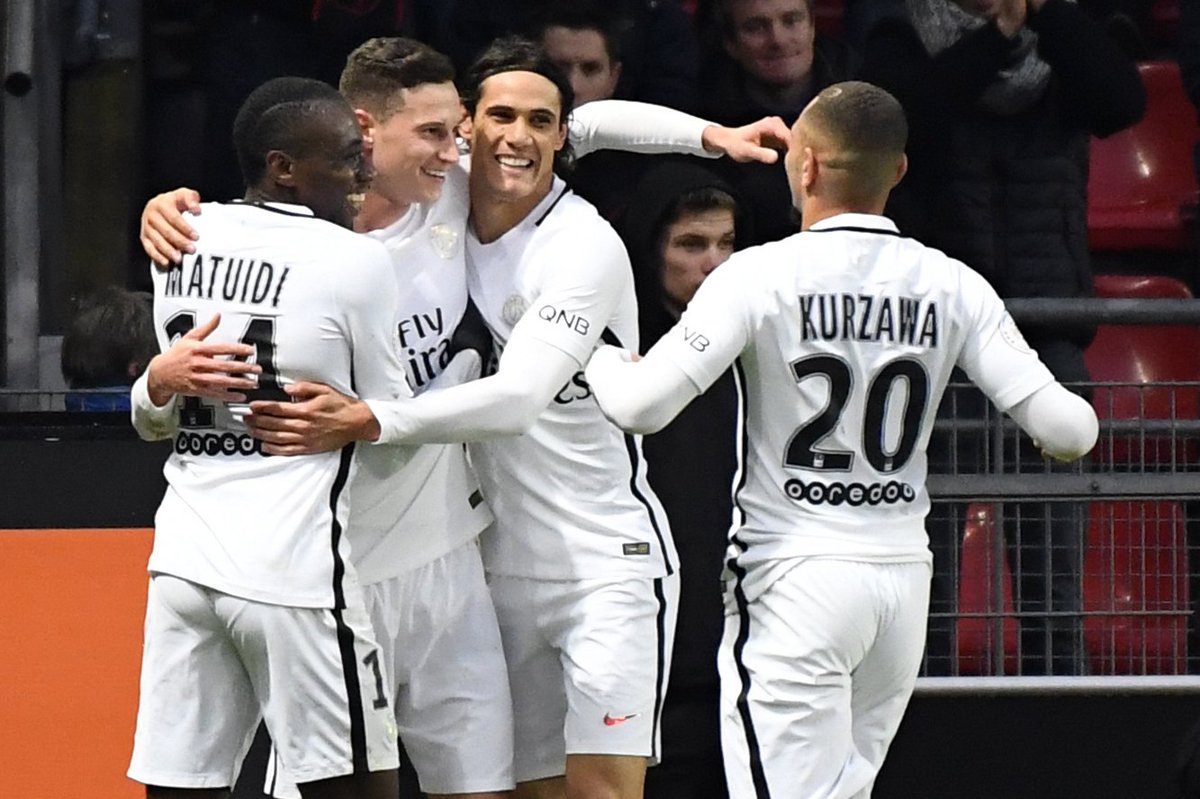 Champions League
ChampionsLeague
Follow
Julian Draxler for PSG:
Goal on French Cup debut ✔️
Goal on Ligue 1 debut ✔️
Goal on #UCL debut (v Barcelona) ❓ https://t.co/n8SuwFyOix
Follow
22:02 PM - 14th Jan 17
612
1749
His two goals came off just three attempts on goal - a remarkable turnaround considering the 23-year-old scored just once from 29 efforts for Wolfsburg in the Bundesliga.  Draxler thus becomes only the second player to score for PSG on his debut after Manchester Uniter striker, Zlatan Ibrahimovic, in 2012. This feat makes him the first German to have found the target for the reigning Ligue 1 champions since Christian Worns in April 1999.

OptaJoe
OptaJoe
Follow
1 - Julian Draxler is the first #GER player to score & assist in a EUROs match since Philipp Lahm in 2008 (v #TUR). Dynamo. #Euro2016
Follow
18:26 PM - 26th Jun 16
261
139
With Draxler swiftly adjusting to life in Paris, Emery will certainly be banking on the 23-year-old in his quest to add the Champions League to the three other domestic trophies on offer this term.