Durham WFC set for biggest match in their history

Durham’s women have reached the quarter-finals of the FA Cup for the second time in their history and will host Chelsea in March. They have already punched above their weight in recent years, but how far can they really go?

The Women’s game has come on leaps and bounds in the UK in recent years and continues to rise as we look towards the World Cup which will be held in France this summer. It has also seen many changes for those in the game with the introduction of the Women’s Super League as well as a structural overhaul having major repercussions for many clubs.

In the North East of England, Sunderland has been the dominant women’s team and have had a history of pushing players onto the very top of the game. However, they were controversially unsuccessful with their application for a licence to play in either the Women’s Super League or the rebranded Women’s Championship. Due to this, they were demoted to the Women’s National League North for this campaign. It has led to Durham being the only side from the region in the top two tiers, but they are a club going from strength to strength.

Durham WFC in their current form was established in 2013. Since then they have played in the Women’s Super League 2 which from this season is known as the Women’s Championship. They have continued to go from strength to strength in the current campaign currently sitting in 3rd of the 11 teams in the league table having finished fourth the two previous seasons; the best position the club has ever achieved. Last year was also the first time they reached the quarter-finals of the FA Cup, before defeat against Everton. 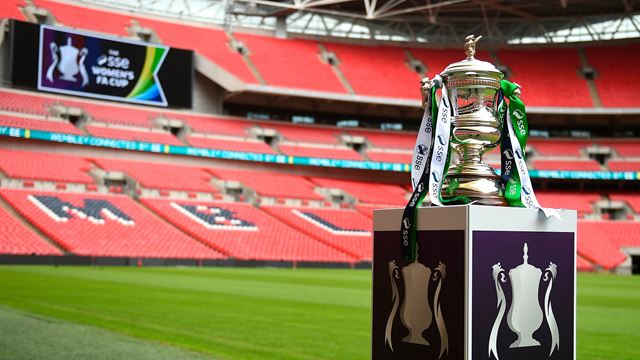 Durham Women FC
DurhamWFC
Follow
🏆 We will face Chelsea at home in the Quarter Finals of the SSE FA Women's Cup.

With the new restructuring, this season many clubs traditionally associated with men teams, including Manchester United, have entered into the second tier of the women’s game making this season's achievements even greater. Earlier this campaign, Durham beat Manchester United Women2-0 which certainly was a huge moment for the club.

In the last 16 of this year’s FA Cup, they caused a huge upset knocking out top-flight Bristol City Women. They have been rewarded with a home tie against one of the most successful teams in Europe, Chelsea.

While Sunderland not being offered a place in the top two levels of the game was a huge blow to the area in Women’s football, Durham is certainly representing the region very well. They are one of only two teams, along with Lewes, in the top two divisions who are not affiliated with a professional men’s team.

Not being connected to a men’s team certainly hampers the finances available but they continue to punch above their weight. As Manchester United have shown this season, despite it being their first year in the competition, money can bring immediate success. They are second in the league above Durham with Tottenham Hotspur Ladies leading the way.

The Chelsea game itself will be a huge ask for the Wildcats with the Blues having international stars players at their disposal such as Karen Carney and Fran Kirby. They are the current Super League Champions and also reached the Champions League last four this season, showing that Durham really are up against the best.

However, it will be a fantastic occasion for Durham and one that is sure to see a large crowd come in for them. Women’s football will hit the headlines this summer as England look to go one better than their third-place finish four years ago.  Yet, for now, it is Durham who are writing the headlines and if they can upset the odds against Chelsea it will surely go down as their greatest triumph of all.