Former heavyweight champion George Foreman notoriously named all five sons and one daughter after himself. As a footballing nation, England is not quite that bad. The fact remains you'll find a ridiculous number of Cities, Towns, Uniteds, Rovers and Wanderers up and down the pyramid. With nothing better to do, I thought I'd fill my spare time picking out four combined XIs, one each for City, Town and United, the fourth combining the slightly less frequent Rovers and Wanderers.

There are one or two rules to apply. All players will be taken from Football League teams but not the Premier League. Sorry, non-league. In addition, only one player or manager per club will be selected where possible.

The first XI comprises City players with the others to follow over the next three days.

Obviously, the most dominant force in English football at the moment is Manchester City but they aren't allowed into this team. If they come nosing around, just ignore them. One team that is eligible was also the first club to name itself City. A side from Stoke-on-Trent were among the Football Associations founding clubs but didn't attach City to their name until 1925. They began life in the 1860s as Stoke Ramblers, which might have caused Led Zeppelin front-man Robert Plant to follow a club other than his hometown Wolverhampton Wanderers. Shortly thereafter, however, they began referring to themselves simply as Stoke. Despite their current troubles, the Potters can always claim to be first at something.

The Football League currently holds 11 Cities. Here is the XI selected from that sizable pool.

Despite the recent shock of losing manager Danny Cowley to Huddersfield Town, Lincoln remain in position for another fantastic season. Under Cowley, the Imps were promoted twice in the past three years and enjoyed some significant cup successes.

They have started life in League One well following promotion last season. Two recent defeats dropped them to tenth but still within reach of the playoffs. A humiliating 0-6 defeat at home to Oxford on Saturday pressed the need to regroup following Cowley's departure.

On the bright side, goalkeeper Josh Vickers knew little about the half-dozen the Yellows slipped past him. He began the league campaign with three straight clean sheets as Lincoln leapt to the top of the table in the opening weeks. Despite not winning he was nominated for the League One player of the month in August.

Manchester United's Class of 92 have bankrolled and impressive squad. I could have easily picked players across numerous positions. Wiseman stands out among League One right-backs, however, so the Gibraltar international represents the Ammies in this squad.

The 33-year-old compiles a solid career in the EFL, stringing together spells with several different clubs. Wiseman started every league and playoff game last season for Salford after signing for them in the summer. When they won promotion, he re-upped.

The Ammies have not started as well as they would have hoped, with a mixed bag in the opening weeks, but they are one club certain to get stronger as the campaign unfolds. With 11 points from their opening ten games, they're 17th, picking up a lone win since opening day. The pressure is certainly on them. With the investment the United alumni pump in, expectations are so high. It was always going to be a tough first year in the Football League. Money talks, however, especially when it comes from such a knowledgeable ownership group. Expect them to begin climbing up the ranks.

The Grecians came flying out of the League Two traps, sitting atop the table, unbeaten nine games in. A solid defensive unit lies at the heart of that success. The group has conceded a meagre seven times. Only Newport and Forest Green do better. Five clean sheets have been the key and Martin has played a huge part at the heart of their defence.

Exeter were tipped to be in the middle of the pack this season. Manager Matt Taylor has been fantastic. Last week it was announced he has turned down an approach to talk to another club and clearly wants to see the job through. He won the manager of the month award for August after bringing in several new faces in over the summer.

The Bantams were surprised to be relegated from League One in 2018/19. They had pushed for promotion in previous seasons. As such, they're pegged to go straight back up. Their sixth-place start is solid if not spectacular. Defence is a key strength. Other clubs found joy a mere nine times. At 6' 5", Richards-Everton is a wall on his own. He signed after being released by Accrington Stanley, last season, but already looks the perfect fit.

What can I say? I like the name. Given their start, it was difficult to nominate anyone from the Bet365. Second-bottom without a win, the pressure is well and truly on the Potters. Following an underachieving season last year, there isn't much room for optimism.

In the end, I decided to drop McLean into a more defensive posture than the left-wing-back role he's played in this campaign. When a team is struggling, the players with that extra bit of quality need to take the lead. Like him or not as a personality, the Irishman has quality. Changes need to be made in the squad. He's one of the few who should remain untouched. 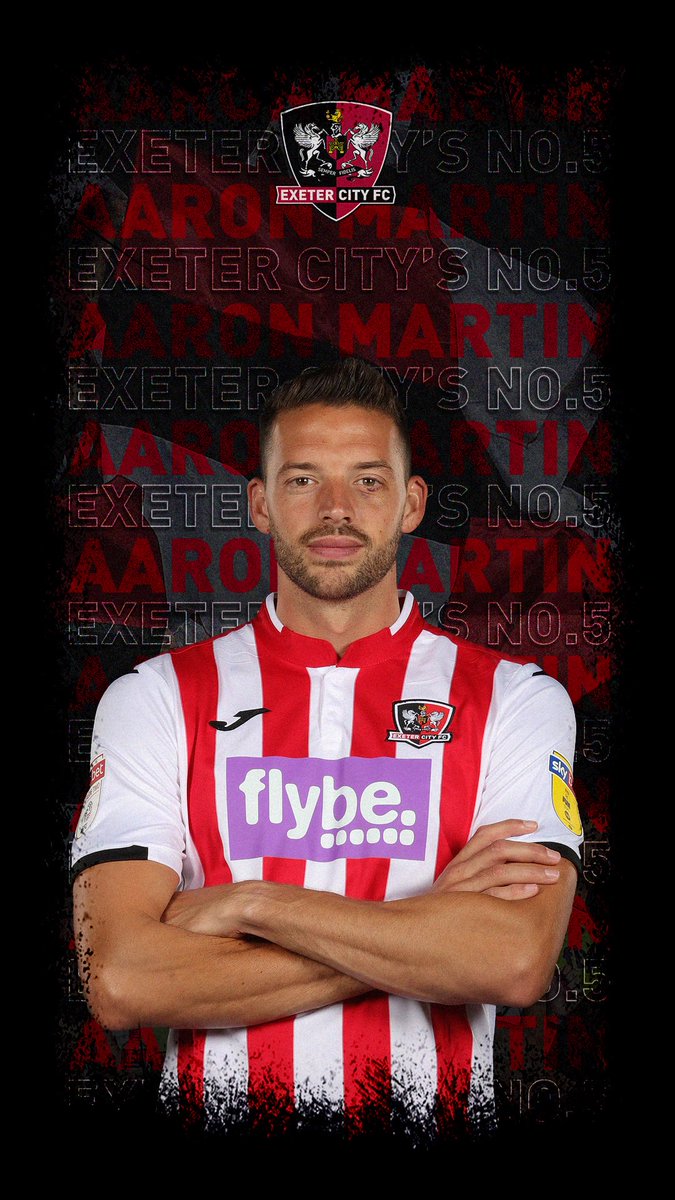 Exeter City FC
OfficialECFC
Follow
📲 It's Wednesday, which means it's time to refresh that phone 🔒screen 😉

Box-to-box midfielder Ralls played a huge part in the Welsh side winning promotion to the Premier League two seasons ago. He then struggled to make an impact in the top flight but has slotted straight back into the Championship as a fantastic player. In a defensive midfield role, this season, the 25-year-old still chipped in with two goals and has still been one of the main playmakers in the side.

The Bluebirds were expected to bounce straight back into the top flight but made an indifferent start which already leaves them some way off the pace.  Three wins so far have them in the bottom half of the table. In what could well be Neil Warnock’s final promotion push, Cardiff must step up their form to challenge for the automatic places.

O’Hare joined on loan from Aston Villa with high hopes. But, as with any player dropping a couple of divisions for a spell, you never know how it will work out. In this case, his talent has shone through. Only just breaking into the starting 11 since his loan move, he scored two crucial goals from the bench in recent weeks. A very talented player who has that extra spark which could be the difference for his team.

Despite their constant off-field problems, Coventry did well last season and should be hopeful of pushing on this season. So far, so good. They're sitting second in the table, still unbeaten.

The Robins are making an early promotion push in the Championship, starting the campaign in fourth place. Summer signing Rowe is an adaptable utility player, having played on the wing, at left-back and in central midfield already. He has scored twice so far, including a dramatic last-minute equaliser at home to Middlesbrough. 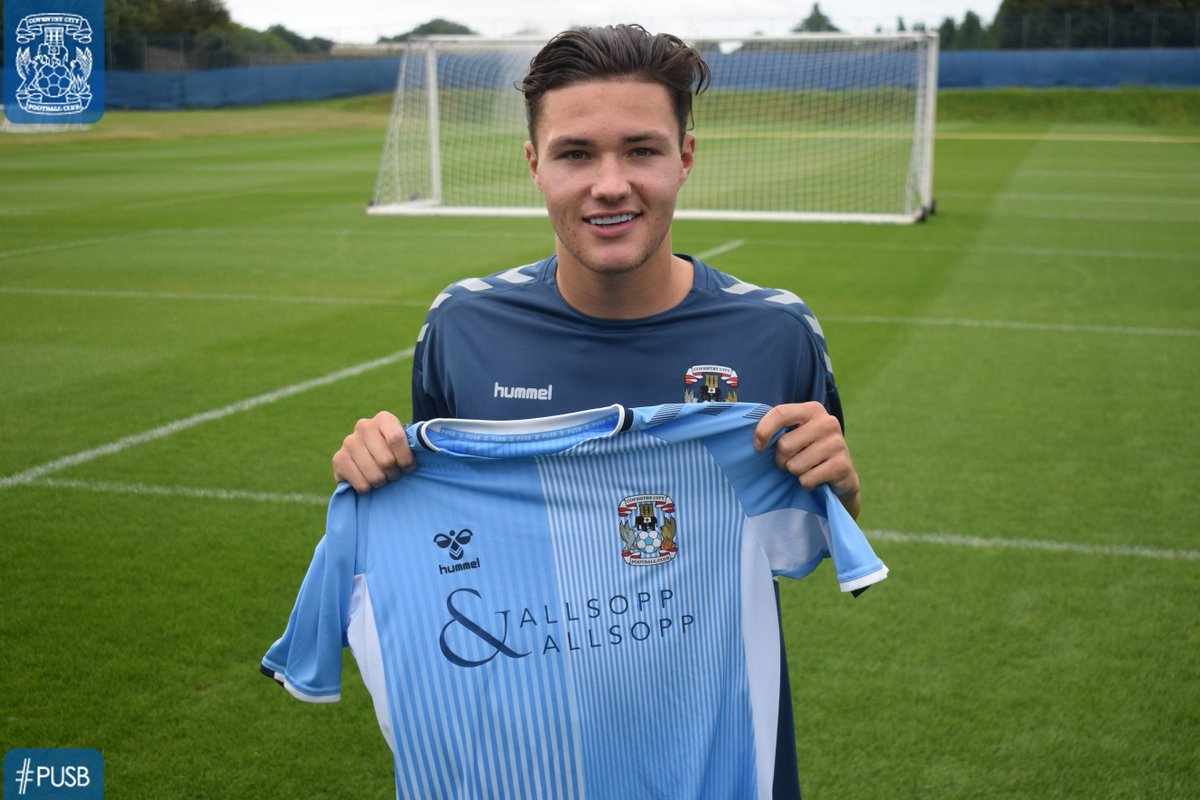 Normally referred to as Baston, The Spaniard has been one of the shock stars of the Championship so far, crucial to the Swans' fantastic start to the campaign. He was expected to leave the club in the summer after going out on loan last term. Instead, he has come back a different player, namely the top scorer in the Championship so far with five goals. He was signed three years ago for over £15million, a club-record signing. Until this campaign, it was looking a disastrous move. In fact, his goal on opening day this season was his first in over a thousand days for the club.

Gimenez joined Birmingham in the summer from Spanish side Almeria, where he had been the Segunda division's top scorer with 20 goals. He has so far only found the net once for Birmingham but is a player with the potential to revive the Blues' fortunes.

Birmingham were expected to be one of the strugglers again this season after only just surviving in recent years. However, they are in the top half of the table early on, including an impressive win at Brentford on Matchday 1. For club’s expected to struggle, scorers are key. Gimenez can turn the engine at St Andrew's if he catches fire.

Despite Hull's struggles in recent seasons, Bowen has been one of the most feared players in the Championship. He scored 15 goals for the Tigers two years ago and 20 last season to survive a pair of relegation battles. He was heavily linked to a move to the Premier League in the summer but remains at the KC until January at least. He has scored four league goals so far this year. As previous seasons have shown, each will count for the club currently 14th. 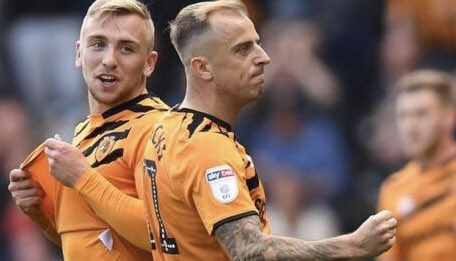 I could have easily gone for League Two leaders Exeter’s Matt Taylor or Coventry’s Mark Robins, but I’ve chosen Swansea City’s Steve Cooper after he was named Championship manager of the month for August.

In his first full-time professional job, he has only lost once, leading Swansea to second in the Championship and a place in the last 16 of the League Cup. A 1-0 win at Leeds United was the icing on the cake. If he can continue to work his magic, the Swans will make it back to the Premier League.

Sporting Life Football
SportingLifeFC
Follow
🏆🏴󠁧󠁢󠁷󠁬󠁳󠁿 Just one month into management and Swansea's Steve Cooper has been named manager of the month!

👌 And they've been playing some pretty good football too...