The biggest rivalry in European football is almost ready for its next instalment. The 236th competitive Clasico takes place at the Santiago Bernabeu Stadium. Which side will come out on top, Real Madrid or Barcelona?

A win for Barca tightens their grip on La Liga while putting them 14 points clear of Madrid. Victory for Los Blancos, meanwhile, would increase confidence, allowing the defending Spanish champions to fully enjoy all that Christmas has to offer.

Whatever the outcome on Saturday, El Clasico promises to deliver once again. The two most prestigious teams in Spain, perhaps Europe, will battle for 90 minutes on the hallowed turf of the Santiago Bernabeu.

As always, Cristiano Ronaldo and Lionel Messi are expected to lead from the front. Both have scored 53 goals this calendar year. Will either star surpass the other by scoring against their fiercest rivals?

It is a difficult job choosing any combined XI. Even more so when the two teams have top quality all over the pitch. Our Madrid/Barcelona line-up was selected on current form. Only players available for the match were considered.

Soon after his appointment at Barcelona, almost everyone questioned Valverde's decision to land a Tottenham reject from China. However, the Spanish manager's efficient use of Paulinho has since proven critics wrong.

Valverde's decision to utilise a 4-4-2 formation is working wonders this season, both in La Liga and the Champions League. The Blaugrana boss has revised the club's previous tactics by using Messi centrally. Valverde has also helped Jordi Alba and Ivan Rakitic re-emerge in the team.

The German has been absolutely phenomenal this season. He has conceded only 7 league goals in 16 matches. Keylor Navas, in contrast to his Barcelona counterpart, is struggling to replicate previous good form. He has played just over half Madrid's league games this campaign. His replacement, Kiko Casilla, hasn't fared much better either.

Ter Stegen hasn't put a foot, or glove, wrong up to now, which has helped Barcelona's resurgence. He has more clean sheets than Navas and Casilla combined. The Barca shot-stopper is displaying similarities to international teammate Manuel Neuer.

Ter Stegen is now the best goalkeeper in Spain. Some believe the world. 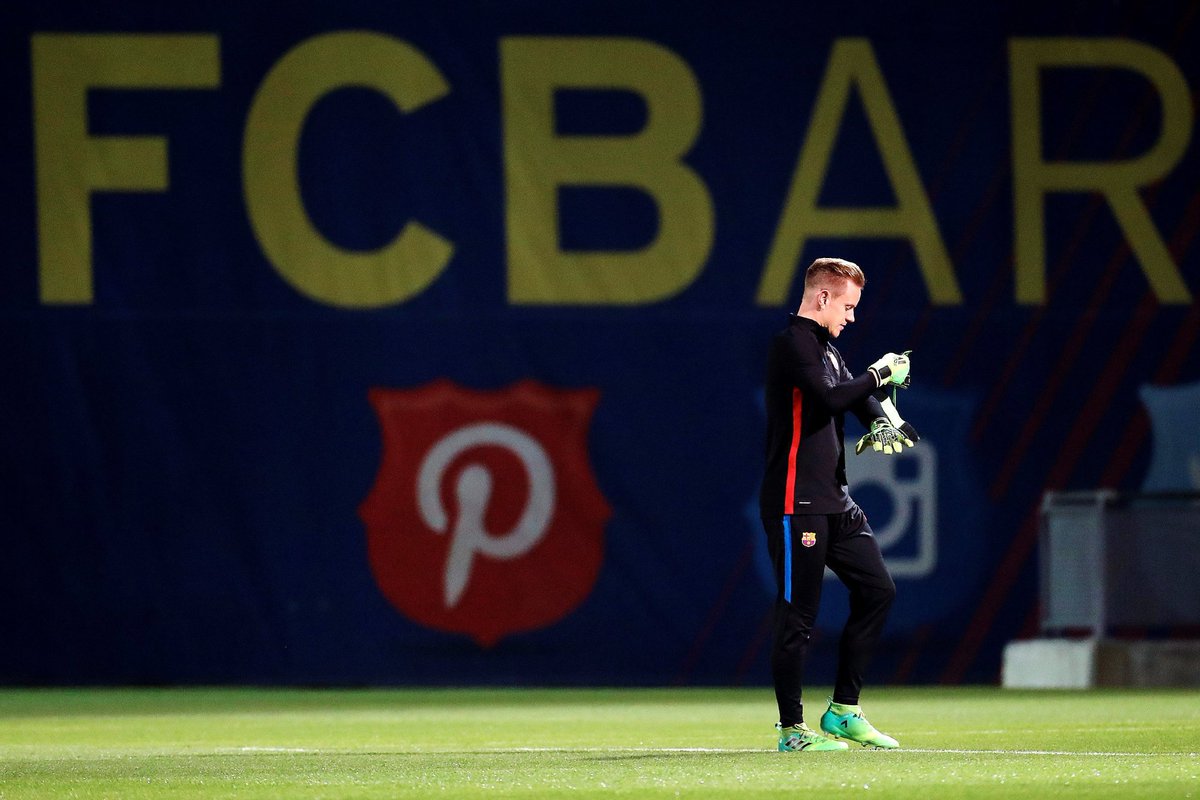 AS English
English_AS
Follow
Ter Stegen: "It really annoyed me when Ramos scored against us in the 89th minute"

Spain’s first choice right-back is an easy pick over academy graduate Achraf Hakimi and Barcelona’s inconsistent trio Nelson Semedo, Sergi Roberto, and Aleix Vidal. Carvajal was the focal point in Madrid’s success last season. Since returning from injury, he is starting to reach those heights once again.

With Roberto playing more centrally this season in the Blaugrana shirt, as well as Semedo still struggling to find his feet in La Liga, Dani Carvajal is the standout choice.

Despite his proclivity for receiving red cards, Ramos makes the eleven due to his leadership skills, experience, and defensive attributes. He has won 20 more aerial duels than Raphael Varane this season. Ten more than his Spanish teammate, Gerard Pique.

Mr 90, a name given to Ramos because of his tendency to score last-gasp headers, serves as a connection from defense to midfield, averaging 60 successful passes per game.

Since arriving from Manchester United in 2008, Pique has contributed to every season at Barcelona. He has successfully paired with Carles Puyol, Javier Mascherano, Marc Bartra and most recently Samuel Umtiti.

Pique offers a unique ability. He can take the ball from an attacker, even after getting nutmegged. His clearances are also underrated and have been among the reasons for Barca's excellent defensive record this season.

Umtiti only misses out as he is not available until February. It could prove a huge blow for Barcelona.

Go back to last season, Marcelo would have been in El Clasico combined XI without any doubt. However, the Brazilian's game has since deteriorated. Jordi Alba's reincarnation means he edges it.

Following Neymar's departure from the Nou Camp, Alba was given more freedom to drift in from the left flank, whereas before he was restricted in the final third. The Spaniard's searing pace is an added bonus.

Alba has grabbed 5 assists in 14 league games, which is only one less than he managed last campaign.

Busquets seemed like a lone warrior in Barca's midfield last season. It led to an over-reliance on Messi, Suarez and Neymar to win games. The Catalan side have since gone back to grassroots. They have focused more on midfield, with Busquets the fulcrum. He shows great intelligence to read the game, as well as physical strength.

Busquets also outshines all other midfielders who play for Spain's biggest two clubs in terms of pass completion rate and aerial duels won in La Liga.

Since arriving at Madrid in 2014, Kroos has thrived under each manager. He is a master of his craft. The 27-year old has a 92% pass completion in the league this season - higher than any other player representing Madrid or Barca.

Kroos is a complete midfielder. Among the best of his generation. The German's ability to drop deep when Madrid's defenders drift forward prevents opposition counter-attacks. He also has an eye for a pass and is a trusted set-piece specialist. His undoubted talent puts him ahead of the Croatian duo Luka Modric and Rakitic.

Paulinho's arrival at Barcelona was initially scoffed at. Fast forward four months, he has become a regular starter. The Brazilian's performances deserve recognition. His pure athleticism, fine passing, and astronomical physicality have helped Barca to regain dominance in Spain.

Paulinho offers great goal-scoring capability too. He has found the net more times than Cristiano Ronaldo and Antoine Griezmann in La Liga this campaign.

Although Casemiro has developed into a fine player at Madrid, Paulinho's standard is currently higher. 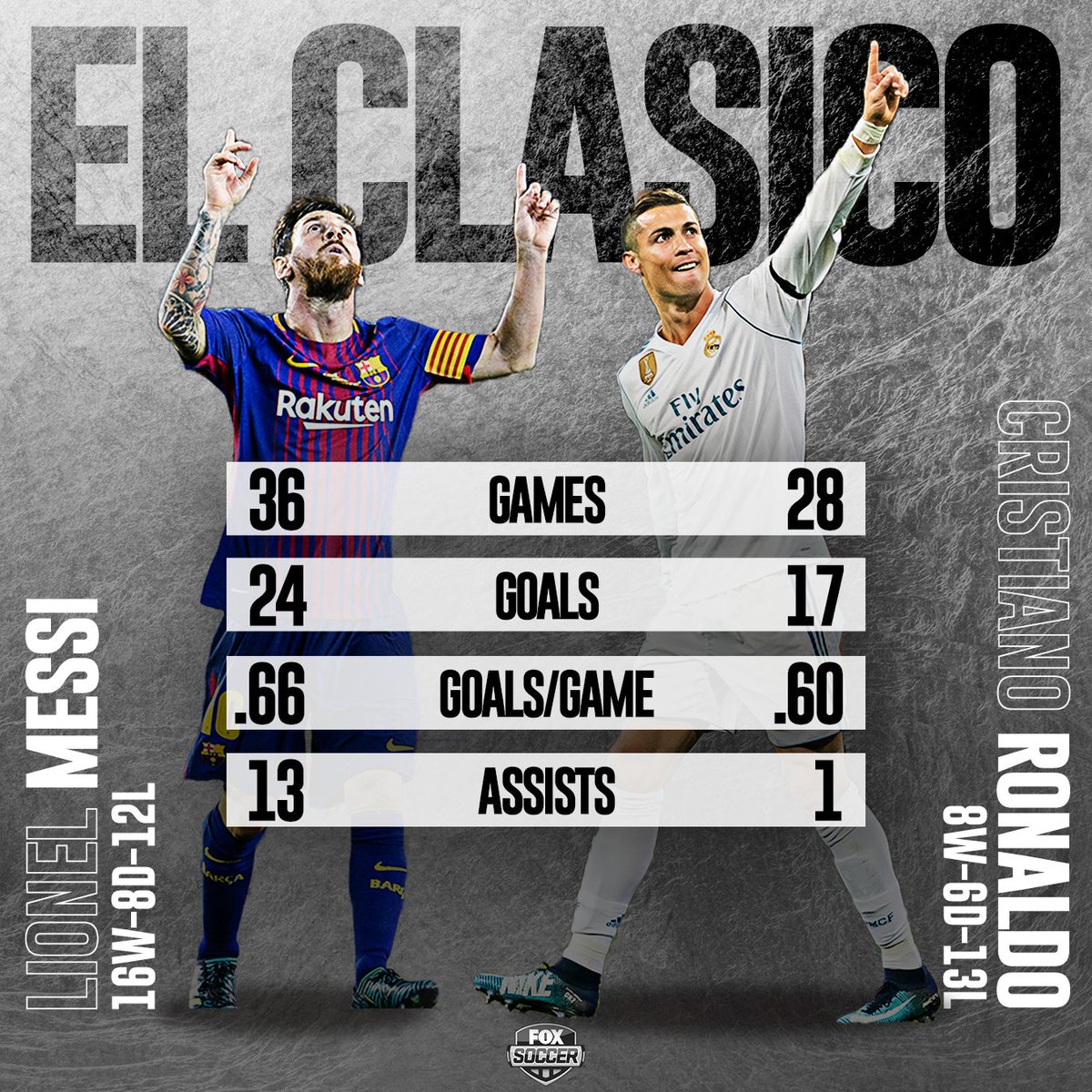 Messi has finally started playing as a false nine. He has scored 14 La Liga goals this campaign while managing to hit the woodwork the same amount of times. It's somewhat reminiscent of Paul Pogba last season.

Suarez has proven a lethal goal scorer for Barcelona. It's continued this season having struck nine times in La Liga. The Uruguayan brings his immense physicality in the final third, often using it to put the ball in the net from a cross.

Some believed Ronaldo was finished. He was heavily criticised due to his conversion rate of 1.81%, which was the poorest in Europe’s top five leagues. Since then, however, Madrid's talisman scored a brace against Sevilla in the league before helping his side clinch the Club World Cup.

Ronaldo has evolved as a traditional striker over the past few years. After recently picking up his fifth Ballon d'Or, he continues to thrive.