Emre Can enjoying life at Juventus

Emre Can chose to run down his contract at Liverpool and moved to Juventus on a free last summer. Some may have wondered why anyone will do such a thing. But after spending four years at Anfield with no trophy to show for it, it is perfectly understandable. That's especially so given where he was headed. Collecting trophies has been one of the Italian giant's hobbies for the better part of a decade. Therefore, joining the Bianconeri has become almost a guarantee of winning silverware for any player.

But the team is so star-studded that holding down a place in the starting line up can be a challenge. Even Paulo Dybala has spent considerable time on the bench this season. With a midfield consisting of the likes of Blaise Matuidi, Rodrigo Bentancur, Miralem Pjanic, Sami Khedira and of course, Dybala, holding down a regular starting place can be difficult. Hence, Can found regular playing time very limited early into his time at the club.

However, since the turn of the new year, Massimiliano Allegri has put more faith in the former Liverpool man in midfield, especially as his fellow countryman Khedira has struggled with injuries. The German international has seized the opportunity to establish himself as a key part of the squad. Apart from providing cover for the ageing central defensive pairing of Giorgio Chiellini and Leonardo Bonucci when the team is on the receiving end of opposition attack, he also contributes effectively to offensive play.

Little surprise then that he has been finding the back of the net frequently recently including scoring in back-to-back games. As the team prepared for the Champions League reverse fixture against Atletico Madrid, some key players including talisman Cristiano Ronaldo were given a rest over the weekend. Can stood up to be counted in the game against Udinese converting a penalty beautifully as the five-time Ballon d'Or award winner looked on.

Just months into his stay, the 25-year-old has already celebrated a trophy at the club with the victory over AC Milan in the Supercoppa Italiana. But that is just the beginning. The club is almost certain of capturing the Scudetto at the end of the campaign. It will be Juventus’ seventh in a row and Can's first league crown since winning the Bundesliga title with Bayern Munich in 2013. 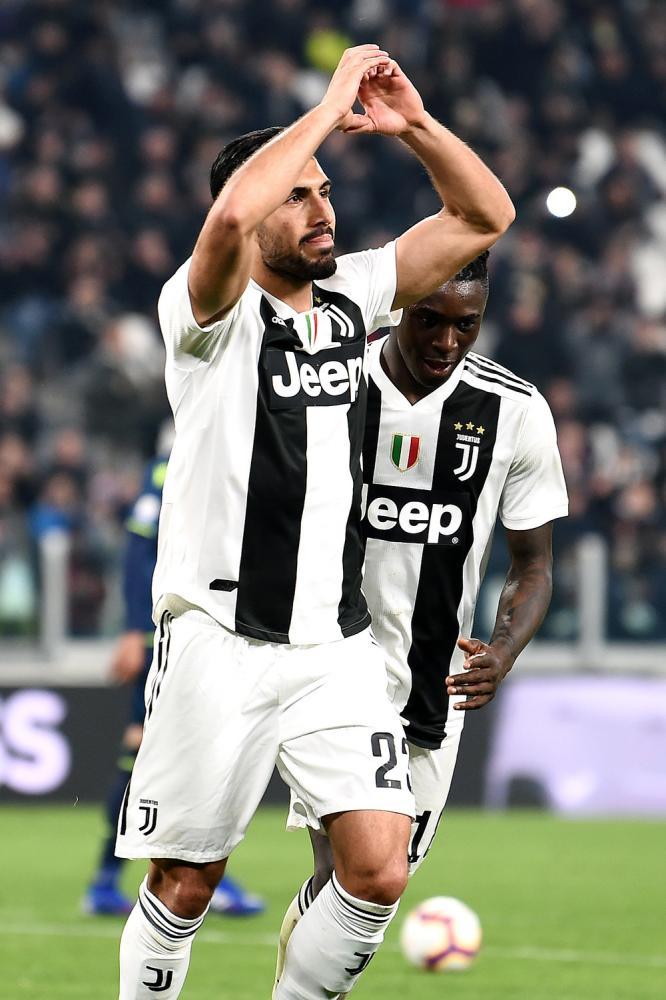 The Champions League is still within reach provided the team can overturn a 2-0 first leg defeat. With Ronaldo in any top team it's hard to bet against it scoring goals. For a club like Juventus there is a history of comebacks. The most recent in the competition was coming back from a 3-0 first leg defeat against Real Madrid to draw 3-3 at the Santiago Bernabeu. Only a contentious last-minute penalty spoiled a memorable night in the competition for the Italian side.

That may not be the case this time around as Atletico come visiting. Home advantage will count in Juve's favour as well as the presence Ronaldo. Can will relish the opportunity to help his team get over the line against a stubborn Atletico side that is famous for defensive stability. Whatever happens happens at the end of the day, the German international will have no regrets about leaving England.

As already stated, winning trophies is a habit here. Liverpool has made progress in the Premier League this season challenging Manchester City for the title. But after letting a seven-point lead slip away, the Reds do not have their own destiny in their hands anymore. Pep Guardiola's side will have to capitulate at some point in the remaining nine games for the Anfield side to have a chance.

As for the Champions League, facing an experienced Bayern team at the Allianz Arena in need of a result means Juventus’ chance of progressing to the next stage of the competition is brighter. Bottom line is for Can, there is already a bird in hand with the Scudetto Juve bound while Jurgen Klopp and his men can only dream of two in the bush.

As the Bianconeri stocks up on additional ammunition with the acquisition of players like Arsenal's Aaron Ramsey, the status quo is set to remain in Italy. That, to Can’s benefit. The future then, remains bright for the 25-year-old and in hindsight, his decision to leave England for Italy has been justified.