Is it coming home? England Women's team arrive at their moment of truth

Last year, the phrase: “It’s coming home” trended heavily on social media. It reached fever pitch when England made the World Cup semi-final. The Three Lions, however, wouldn't get any further than the final four. But the Lionesses have picked up the baton. Phil Neville’s team has matched their male counterparts by securing a spot at the World Cup semis. So one might ask, is it really coming home this time?

It’s a question Neville and his team must answer on the pitch against the best team in the world – the United States Women’s National Team.

With regards to tactics, experience and individual brilliance, the USWNT outbattles the Lionesses by a clear margin. After all, Jill Ellis’ side is the defending world champions. And they’ve reached the semi-final this time around while boasting a medal win of some sort in every World Cup since 1991...

Meanwhile, England has only managed to play at the world stage five times. The closest they’ve come to winning anything at the World Cup was a third-place finish in 2015.

Albeit, before you term this fixture a flat out David-v-Goliath encounter, consider how good England has been at this competition.

The Lionesses scored 11 goals en-route to the semi-final. The made light work of teams like Cameroon and Norway in the round of 16 and quarter-final respectively. Actually, they won each of both ties by three clear goals. Stats show Neville’s team is yet to concede more than one goal in France. Four clean sheets at a World Cup is no flash in the pan.

It’s easy to believe the former Manchester United defender and England gaffer when he says his team is “getting stronger by the day” – six goals in two knockout games gives those comments some serious weight.

Up against a United States team who’ve plundered 22 goals from just five games at this tournament, England needs a watertight battle plan to survive. How else can they stop Megan Rapinoe? 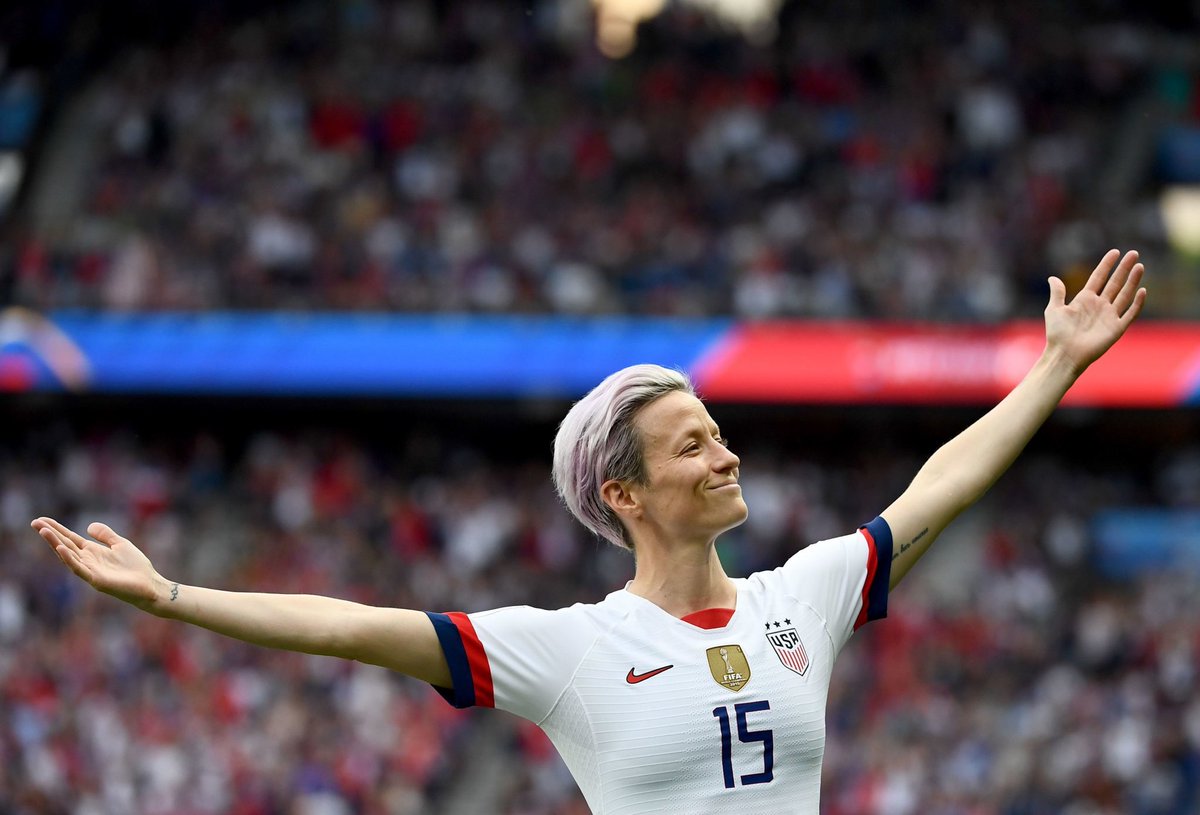 Bill Simmons
BillSimmons
Follow
This is one of my favorite sports pictures of this decade. Thanks for being such an inspiration to my daughter @mPinoe - you were unbelievable today. https://t.co/iMI9TGb1PT
Follow
03:49 AM - 29th Jun 19
5954
65194

The Lionesses simply cannot afford to leave themselves exposed at the back for any reason whatsoever. The goal count shows just how ruthless the USWNT can be when it comes to taking chances.

England stuttered towards the end of their clash with Norway; they suffered especially from the defensive errors. Thankfully, the Norwegians squandered all the gifts offered to them by Millie Bright.

The story will be much different against the Americans.

Besides drafting a game plan that inhibits the US attack, the Lionesses must find a way to score more than once. It won’t happen if Nikita Parris and Toni Duggan keep missing chances. The good thing is they can call on Ellen White – her five goals puts her in the running for the competition’s Golden Boot.

It’ll be interesting to see if Neville’s team can go the full distance without tiring. Particularly if they face extra-time. The USWNT is good at breaking down opponents when games go the full 120-minute distance. Their experience also means they’re experts at seeing out tight matches – which means things can get pretty tricky for England if they concede first.

Neville will expectedly stick to his 4-3-3 system. It should see England over the line if his players give 120%.

It’s now obvious the United States have a ploy is to outdo England even before a ball is kicked on Tuesday. While Jill Ellis' team lodges and trains at the less expensive Residence Lyon Metropole, the Americans incensed Neville by snooping on England’s hotel in Fourviere, Lyon. The winners of the semi-final get to stay at the luxurious hotel till the final.

It’s time for Phil Neville and England to ignore mind games and face the mountain that stares coldly their World Cup aspirations. Against a side with the competence of the USWNT, the fairytale can quickly become a nightmare. England must provide answers to some tough questions soon.