Why Chelsea should’ve held on to Kenneth Omeruo

Kenneth Omeruo has left Chelsea. This time permanently. Armed with €5 million, Leganes approached to sign the defender who impressed while on loan at the Spanish club in 2018/19. Surprise, surprise the Blues were happy to cash in.

Omeruo’s permanent switch adds to the long list of young players Chelsea have sold off before fans got a proper chance to see them.

In Omeruo’s case, despite being on the Blues' books for the better part of seven years, he never donned for them in a competitive fixture. That didn’t stop the 25-year-old from penning an emotional farewell message on Instagram.

Since joining Chelsea in January 2012, Omeruo, like many others, looked on from afar as his parent club won three European titles and two Premier Leagues. With money to spend, and excellent defenders readily available in the market, he stood little chance of breaking into their squad.

Over the last seven years, not many young defenders have broken through at Stamford Bridge. Like most big clubs, Chelsea have lavished money on their rearguard. That's tightened the noose around youth development. Thibaut Courtois and Andreas Christensen spring to mind as the survivors. But for every one success, there are many more failures.

The Blues claim to thoroughly monitor their players on loan. Whether or not they do, the football world is ever vigilant. Hungry agents and scouts are always on the lookout for the next Sergio Ramos or John Terry.

Christensen's performance at Borussia Monchengladbach forced Chelsea into bringing an end to his loan spells. Omeruo never managed that level of popularity until recently. For the Nigerian, getting shipped out to unpopular leagues hasn't helped.

Omeruo’s loan spells to sides such as ADO Den Haag, Alanyaspor and Kasimpasa were far from ideal. The closest he came to the big league was a stint at Middlesbrough. 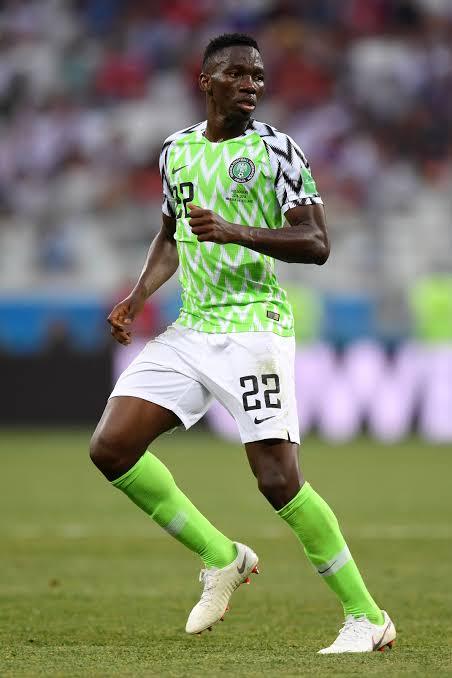 Africa Facts Zone
AfricaFactsZone
Follow
Kenneth Omeruo is Chelsea's current longest serving player, but he has never played for them. He joined Chelsea in 2012. He has gone out on loan to five different clubs (ADO Den Haag, Middlesbrough, Kasimpasa, Alanyaspor and Leganes) since then. https://t.co/NhBKyT0DmZ
Follow
17:10 PM - 31st Jul 19
139
346

Omeruo shone in La Liga last season. He started 27 games, helping Leganes finish well above the relegation zone. If only he'd found such a club earlier.

Unlike his predecessors, Frank Lampard has shown he’ll give youth an opportunity. Apparently, players don’t have to be tested in the big leagues to earn a place in his Chelsea side. That’s why Mason Mount, 20, Tammy Abraham, 21, among others will feature regularly.

In defence, Christensen and Zouma seem the likely pairing until Antonio Rudiger is fit enough to compete. The Blues can’t rely on only those three. Fikayo Tomori, 21, will get his chance.

With David Luiz gone, a transfer ban in place and Lampard as the gaffer, there’s never been a better time for a young defender to step up.

Ostensibly, it was Tomori who edged out Omeruo to be in Chelsea’s first team. In a straight contest between the pair, Kenneth is the man. He's played in a bigger league and generally has more experience, having won a continental title with Nigeria. His only disadvantage was he didn’t play under Lampard at Derby County.

With all he has to offer, Omeruo would certainly have been of better help to Chelsea than the few million they received from Leganes.