Equal Time: Why is the clock more sacred than the game?

FIFA presides over football. IFAB legislates it. In other words, the latter writes the rules, the former enforces them. So far, neither group has found a solution to time-wasting that doesn't offend the game's purists. Maybe it's time to be a little offensive. Without apology then, if we must choose between the run of play or the clock when it comes to starting and stopping constantly, why do we always sacrifice the game?

Football is the most watched sport in the world. It's also the slowest to adopt new rules and create a more efficient format for the fans. Take VAR. A Video Assistant Referee is well established in most other sports. Cricket labelled their system the Third Umpire. It's been in place for decades. Despite all the wrong decisions, controversies and furore in football, it took IFAB a ridiculous time to bring VAR to the game. Many competitions, including the Premier League, still resist its use.

The referee's watch is fruit from the same reluctant tree. Most timed sports are run with the help of a clock master or time-keeper. They ensure games are of uniform length, stopping and starting the clock when play is interrupted and resumes. If every game is the same length, no team has a competitive advantage. There is no such thing as Fergie Time elsewhere in sport. In the NBA, timekeepers help decide whether a shot was released before the 24-second clock expired. In the NHL, they're on hand to decide if a puck entered the goal before the full-time buzzer.

In football, all such responsibilities fall to referees. Rather than stopping and starting the clock, they allow it to run, keeping a running tab of delays, a bit like a breathless publican during happy hour. Time lost to substitutions, injuries and restarts on corners and goals is calculated then added after the regulation 45 minutes for each half expires. It's referred to variously as injury, added and stoppage time.

Some believe the system exists because stop-clocks weren't invented until well into the 20th century. Football was already being played well before that.

Another story claims a timekeeper was never considered necessary.  In the game's early days, each team supplied an umpire and split the fee for a neutral referee. Later on, the umpires were accepted as assistant referees and the referee took charge in the middle the pitch. Finally, the assistant referees became linesmen and were no longer affiliated to any club.

Both myths illustrate the intransigence within football administration. It’s utterly bewildering that a game progressed for decades without anyone thinking. 'Why the hell are we bending over backwards to count time when we can just stop the clock?' 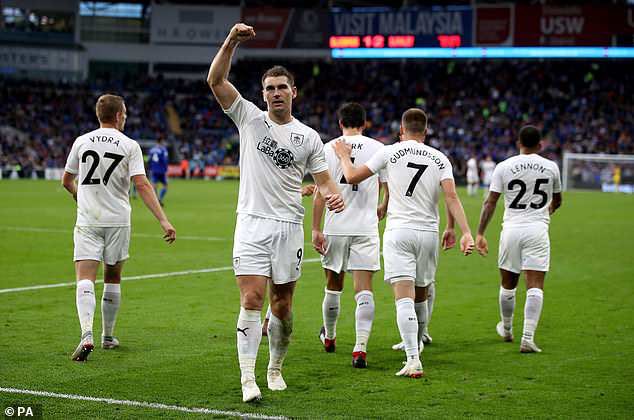 Stoppage time is a complex mathematical formula that no one but a referee understands [and that statement was accurate before Stephen Hawking, rest his soul, passed]. Worse it's subjective. It’s up to the referee's definition as to what constitutes time lost. Some arbitrarily add 30 seconds for each substitution and goal. Others note when a player milks the clock to preserve his team's advantage. In other words, it's subjective. If the rules are applied differently from match to match, even if referee selection is entirely random and performed without ulterior motive, the game isn't played on a level pitch.

The entire gaffe wherein managers and players use excuses, fouls and substitutions to waste time can be remedied with a simple change in the rule. These tactics exist because teams look to use various aspects of the game to slow the tempo and reduce the available playing time. Interrupting the game helps teams regain awareness of opposition players. It allows coaches to pass on tactical information and even reposition their formation. It also kills the match's entertainment value.

Any fan would tell you that watching substitutions, fouls, throw-ins and goal kicks delayed can be infuriating, especially in a tense and close game. A stop-clock can help avoid matches like the recent Cardiff/Burnley tilt in which the ball was in play for only 42 minutes, with eight of the wasted 48 consumed by Bluebirds captain Sean Morrison's throw-ins alone. For a game that is marred by dirty tactics and gamesmanship, it only makes sense to apply a simple solution that has worked well enough in so many other sports.

[Editor's note: In keeping with the time-wasting theme in this two-sided debate, Martin Palazzotto's rebuttal will be posted 24 hours from this article's debut rather than the traditional 60 minutes]