For the first time in over a decade, a footballer not named Cristiano Ronaldo or Lionel Messi has scooped a major individual European award. This time around, 'The Best' accolade has gone to none other than Luka Modric.

I want to start by discussing the UEFA Awards ceremony itself. Honestly, it's farcical. How can Mohamed Salah's strike against Everton win the Puskas award when it wasn't even his best goal? Nevermind the best Europe has seen over the last twelve months. I'm also completely unsure as to how David de Gea can be named in the FIFPro World XI, but Thibaut Courtois was given the award for Best Goalkeeper? It just doesn't make sense, which immediately started things off on the wrong foot for me... Don't even get me going on the fact that Lionel Messi wasn't even included on the final three-man shortlist.

Anyway, to the case-in-point. I love Modric, he's a stunning footballer, one whom I supremely enjoy watching. A true master of his craft. While it is true that the man from Croatia is his teams' heartbeat both domestically and internationally, I think him winning UEFA's Men's Player of the Year is nothing more than a hipsters vote.

Both the aforementioned Salah and Ronaldo should have beaten Modric to the honour. Let's start with the Egyptian, who scored a sublime 44 goals, while tacking on 16 assists for his teammates in 52 games. That's just outrageous. Oh, he also carried his team to the Champions League final, blitzing runaway Premier League winners Manchester City along the way. Yes, it was Madrid who eventually toppled the Merseysiders. I'd argue that if Salah didn't get injured in the season's final game, things could have been oh so different... 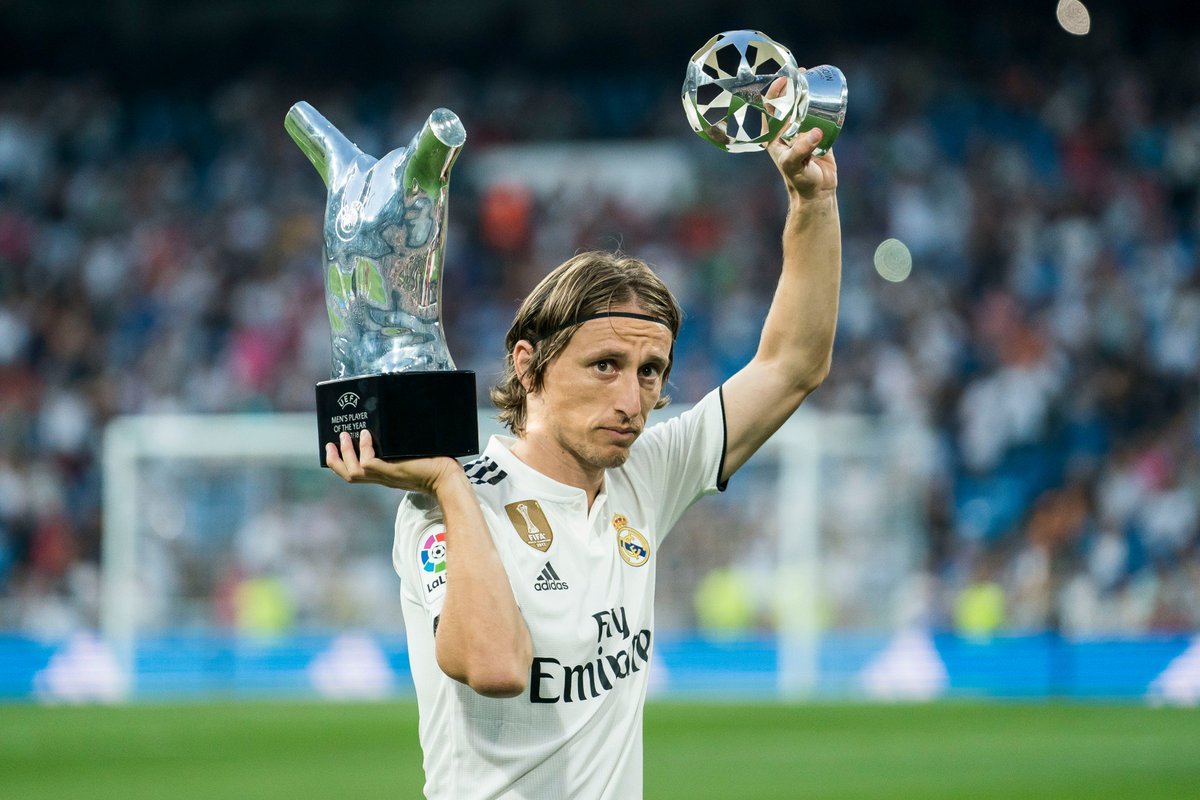 Then you have Ronaldo. He was flawless. As always. The Portuguese scored 44 goals, while adding eight assists, in 44 outings. He struck fifteen(!) times in the Champions League. Which is a record, by the way... He is Real Madrid's talisman. He is the best player on the planet. He has been exactly that for the last few years. That hasn't changed.

Now I know that Modric's game isn't based on scoring; although two goals in twelve months is pretty disappointing for a man with his technique. You may then look towards his assists tally of eight. That's the same as Ronaldo's and half of the number that Salah put up. He also played the least minutes out of the trio with him being on the field for 3,339 minutes (Ronaldo, 3678, Salah, 4119). Being reliable, available and relied upon is a huge factor in the modern-day game.

People may point to what he achieved with Croatia. Modric was excellent, that cannot be denied. Egypt hadn't been to the World Cup in almost 30 years prior to 2018, with a significantly worse supporting cast, an argument can be made for Salah's achievements being greater than Modric's... After all, the Scandinavians beat every team they were supposed to, while losing to the only side whom they should have been bettered by. As for Ronaldo's Portugal, well, the Sporting Lisbon academy graduate was the only player who decided to turn up for his country.

As the tweet below suggests, it wasn't even Modric's best year on a personal level. Stats-wise, the 33-year-old was producing by far his best football in the early 2010s, with 2012/13 his real standout year. Perhaps UEFA are looking at leadership; a role in which he excelled in for Croatia during the World Cup. But let's be truthful here, it was Ronaldo who stands above everyone else in that Real Madrid locker room.

It should have been Ronaldo lifting the award once again. I don't even think it was close, and in fact, I probably wouldn't have had Modric in my top three. The fact that he scooped almost 30% of the final vote, 10% more than his Real Madrid teammate is concerning. Perhaps people are getting bored with the Ronaldo vs Messi debate and they wanted a change, because football-wise it shouldn't have even been a contest.

Read our counter-argument, 'Why Luka Modric did deserve to be named FIFA's Best', here.

Andrew Gaffney
GaffneyVLC
Follow
Luka Modric is a wonderful footballer, without a doubt one of the greatest midfielders of all time, however last year wasn't even his best season at Real Madrid.