By Martin Palazzotto
With the Eredivisie a fertile hunting group for top European clubs, PSV Eindhoven and Ajax face battles away from the pitch in their fierce title race.

Like the Bundesliga, the Eredivisie returned from its winter hiatus on Friday. The title race resumes today. In third place, Feyenoord cuts a lonely figure. The Rotterdam giants entered the season's second half eight points in front of the chasing pack but double digits behind the leaders. We won't disturb their isolation on this little junket. The more interesting story will be told by the frontrunners.

Two points and only two points separate PSV Eindhoven and Ajax of Amsterdam at the top. Both teams lost just the once in their first 17 matches. PSV won the other 16. Ajax took all three points 15 times and drew once. In scoring terms, they produced identical records. Each bagged 60 strikes before the holidays while conceding a mere eight.

If European competition was any indicator [and it isn't], you'd be tempted to plunk your money down on Ajax to overtake the defending Dutch champions. They finished second in their Champions League group, giving Bayern everything they could handle to claim the honours. In mid-February, Erik ten Hag will test Santiago Solari's inconsistent European champs, Real Madrid. PSV bottomed out in a decidedly tougher group that included Inter, Tottenham and Barcelona. Their misfortune gives them an edge domestically. Mark van Bommel gains extra time to prepare between matches during the run-in.

January's final days present the critical test for the two rivals, however. Both must fend off interest in their top players from Europe's most obscenely wealthy clubs. If one should remain resilient while the other succumbs to even one offer, it could prove the difference in a finely poised title race. 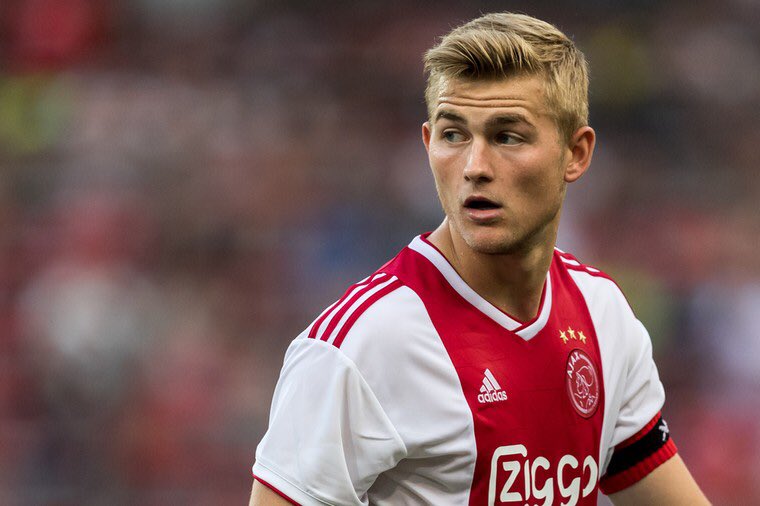 AFC Ajax 💫
TheEuropeanLad
Follow
The funny thing is that everyone talks about Frenkie de Jong while almost no one talks about the actual biggest talent we have here at Ajax. Don't let this be mistaken, Frenkie de Jong is a great talent, but Mathijs de Ligt is our biggest. https://t.co/pUU93cRRjd
Follow
12:41 PM - 15th Jan 19
21
203

While the rest of the football world views de Godenzonen as a talent factory for bigger clubs, the Amsterdammers remain far and away the wealthiest side in the Netherlands. They only sell stars when they wish, not because they must. With a strong fanbase and a fantastic business model, the club apply a balanced approach to squad maintenance.

Other clubs are in fact lining up to bid on both Matthijs de Ligt and Frenkie de Jong but the business of selling top talent will not be permitted to interfere with a title challenge. The club's new chairman, former Manchester United number one, Edwin van der Sar, guaranteed as much before the holidays.

No, no, no. That's a no. We're not going to sell a player halfway through the season. No way. If you have financial difficulties you might look at it, but for us no.

Van der Sar implicitly acknowledges Ajax cannot compete with Real Madrid, Barcelona or the Premier League when emphasising the timing of any potential sale. Much as they would like to pay De Ligt and De Jong six-figure weekly wages to keep them in the fold, it's impossible. That said, they can afford to delay the two budding world-class stars' departure until season's end, enabling them to make as deep a run as possible in this Champions League and qualify for the next. Doing so keeps their revenue stream flowing.

At the same time as Van der Sar and company explore their post-De Jong options, they accepted €11 million [with add-ons] from Sevilla to make 20-year-old centre-half Maximilian Wober's loan permanent. Ajax doesn't appear too concerned about losing De Ligt in the summer. The pipeline is flowing.

Unfortunately, de Boeren is an apt name for the Eindhoven outfit these days. It translates to Peasants or Farmers, depending upon your context. If PSV don't farm out some of their talent, the club may literally become peasants. Jessica Fino reported in accounting blog Economia that the club's revenue took a 28% dip during the 2017/18 season in large part because the side failed to progress to the knockout rounds in either the Champions or Europa Leagues. As already noted, Mark van Bommel's squad failed in that regard again this term.

When more than a quarter of your revenue derives from success in European competitions and said success doesn't materialise, it's belt-tightening time. PSV may decide it cannot wait until June to move its assets.

Outlets were reporting that Manchester United intend to bid £25 million on the right-footed winger before the window closes. The Sun relayed that the player felt no urgency to leave the Philips Stadion.

I am not concerned with big clubs or with rumours about interest. I have remained with PSV this summer because I want to continue the line here to the end of the season.

That's sweet music to Van Bommel's ears. The 21-year-old collected nine goals and seven assists in 16 Eredivisie games before the break. A right-footed winger who can play across the park but prefers to cut inside from the left, he isn't the most urgent need on Ole Gunnar Solskjaer's list. United might have been hedging their bets in case Anthony Martial didn't agree to a new deal with the club. With word the Frenchman is prepared to sign a five-year extension, his agent claiming only the fine print remains to be clarified, Bergwijn might be granted his wish. Even if United go through with their bid, it's very possible the Dutch forward would remain in Eindhoven until season's end.

Arsenal's interest in Hirving Lozano could be more difficult to rebuff. With Unai Emery's squad in poor form, Mesut Ozil still exiled, and Napoli competing for the Mexico international's signature, PSV may find their €40 million valuation met before month's end.

With both suitors pursuing Champions League qualification, it's unlikely either would agree to leave the player in place until next season. Lozano's 11 goals and eight assists removed from the lineup would create a void into which Ajax would only be too happy to step.

Rumours are just that. Until a deal is done, you can't put much stock in them. That said, this season's Eredivisie title may hinge on whether PSV feel compelled to sell one or two of their top stars in the January window.