Is Barcelona's defence a real concern?

FC Barcelona, a club rich in history where superstars create moments of magic. Barca's magic again sees them leading La Liga but they are facing an odd issue. The Blaugrana leak goals far too often. That's unusual for a side and manager reputed to defend well. So, what is actually happening under the reign of Ernesto Valverde?

Heading into November's international window, FCB are one point ahead of Atletico Madrid, Sevilla and Deportivo Alaves. In twelve matches, they've only tasted defeat twice. The most recent, a 4-3 reversal to Real Betis, illustrates the problem. Discipline is another unusual issue for the Catalans. Ivan Rakitic was sent off in the match. Lionel Messi scored late but it wasn't enough to secure a point.

Even with Messi missing a few weeks with a fractured arm, Barca's forward options are never the problem. Luis Suarez and Philippe Coutinho fill the gaps. Thrashing Real Madrid 5-1 in El Clasico proved the point.

From all league games played, Barca's conceded 18 times. Not a clean sheet in 10 games. The past two La Liga matches yielded five goals. Is it down to player quality or tactical issues?

Nelson Semedo is another option at right-back. Semedo has appeared seven times and will be guaranteed more games. Umtiti should be match ready soon after the break. Yerry Mina's sale to Everton limits rotational possibilities on the left side, but it's difficult to blame proven players for suddenly going bad as a group. 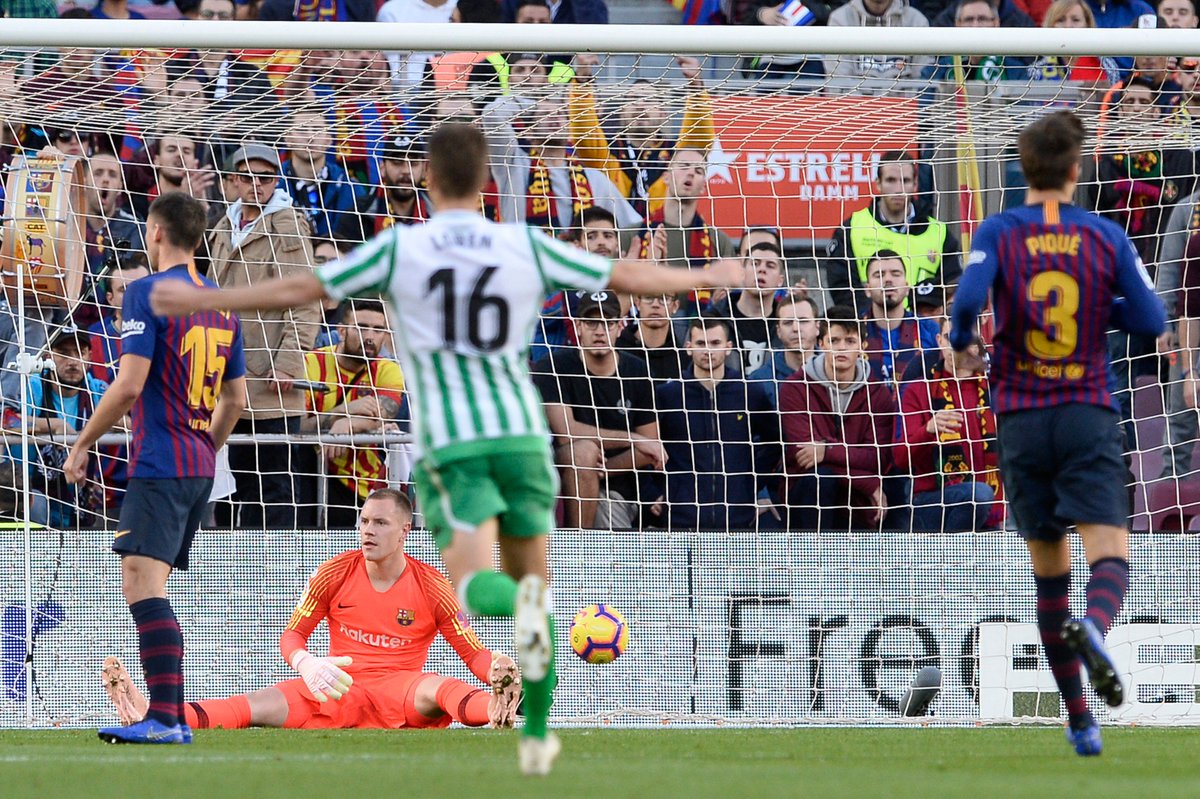 With 25 Liga titles under their belt, the Catalonia-based superclub remains driven to match Real Madrid's 33.

Valverde isn't likely to change his starting XI despite the defensive issues. However, he needn't panic if the situation doesn't improve. Reinforcements are on hand. New players won't be recruited in January.

Lucas Digne and Yerry Mina left for Everton on permanent deals although Andre Gomez could return. Aleix Vidal left for Sevilla to seal a permanent deal. Brazilians Marlon and Douglas exited, too. Marlon transferred to Serie A with Sassuolo while Douglas signed on loan with Turkish club Sivasspor.

Clement Lenglet's arrival from Sevilla has been a boon. Despite his red card against Girona, his qualities have shown. The 23-year-old has much to prove and currently, in a struggling defence, there is much to improve. Playing alongside the experienced Pique, he can learn.

Atletico Madrid awaits when action resumes. A battle for first place, even this early, can't be overstated. Either way, precedents will be set. Diego Simeone's Europa League and UEFA Super Cup champions are certainly no pushovers. They possess the division's top defence, only eight goals surrendered. They are also the only side with just one defeat and are unbeaten in their last nine. Antoine Griezmann and Diego Costa will test Barca's defence. Simeone's backline won't be intimidated. This one could be a goal fest or a nil-nil stalemate but it won't be one-sided.

While Valverde won't change personnel, he needs to light a fire under them. Barcelona expect to remain champions and, as the saying goes, goals win matches but defence wins titles.