As is the case every Championship season, 2019/20 will be an open affair. Last campaign, Sheffield United proved any team at this level can get on a roll to gain promotion. The division is arguably the most competitive anywhere. With the money continuing to flow, expect lots of excitement and tension once again.

Of the Premier League's relegated sides, only Cardiff City has the same manager as 12 months ago. Neil Warnock's Bluebirds have kept their squad largely intact. They'll expect to challenge atop the table, no doubt.

As will Fulham. Well-backed financially, the Cottagers' fortunes rely on Scott Parker's performance in his first managerial job. Huddersfield Town boss Jan Siewert has something to prove as well. The Terriers are at risk of a mid-table finish.

The newly-promoted League One sides, Luton Town, Barnsley and Charlton Athletic will all take heart from Sheffield United's success. Having spent much of their history at this level, the Hatters return after 12 years away, during which they were stuck in non-league for five seasons. Since escaping, they've continued to improve.

Despite speculation on Lee Bowyer’s future following Charlton’s play-off final victory over Sunderland, the Englishman is staying put. He has a big role to play in steering his young Addicks to safety. 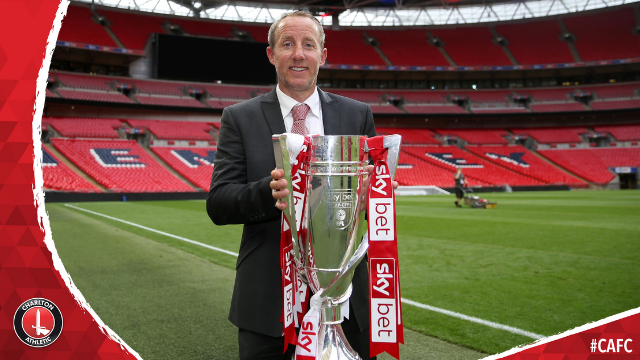 Cardiff and Fulham are almost certain to be in promotion contention. Those two teams aren't the story, though. All eyes are on Leeds United and Marcelo Bielsa.

Having not graced the Premier League for 15 years, it seemed 2019 was Leeds' time. It wasn't to be. They drifted from the top two in the campaign's run-in before suffering a dramatic play-off defeat to Derby. Now the Whites must go again. With no giants dropping from the top flight, they may never get a better opportunity.

Derby hope to build on their trip to Wembley. Frank Lampard's departure to his beloved Chelsea makes that a tough task. Even tougher considering many Rams players were only on loan last season.

Middlesbrough and West Bromwich Albion also have sights on the top six. Boro have the potential should new boss Jonathan Woodgate get them playing his way. Similar applies to the Baggies under a change of leadership.

Brentford continuously float around the second tier playoffs. Having held on to their key assets this summer, can the Bee's finally get over the line?

Newly promoted sides, Charlton and Barnsley are the Championship's joint-favourites for the drop. The former, in particular, due to off-field problems and failure to strengthen significantly in this transfer window.

A team accustomed to the table's bottom region for quite some time is Birmingham City. Former caretaker Pep Clotet has taken over on a permanent basis. He will struggle to keep the Blues up after losing multiple key players, including top scorer Che Adams.

Like Birmingham, Wigan Athletic flirted with danger last campaign. Not one notable signing means the Latics could be sucked in again. The same scenario faces Millwall. The Lions finished 21st last time out and have brought in little since.

Perhaps a surprise inclusion, Queens Park Rangers will find life difficult in 2019/20. The Hoops have had a huge overhaul, with new players coming in either on loan or free transfers.

Sky Sports News
SkySportsNews
Follow
🏆 A new journey, a new chapter... The Championship is back

Nine of the 24 Championship clubs have made changes in the dugout. Club owners are seeking a path to the promised land. The new managers to watch closely are West Brom's Slaven Bilic and Derby's Phillip Cocu, whose appointment was quite a surprise.

Fulham's Aleksandar Mitrovic returns to the division. The Serb striker proved successful at this level previously, at both Craven Cottage and Newcastle United. Leeds also have a star. They lured Helda Costa on loan from Wolverhampton Wanderers. He could prove the difference between promotion or another disappointment.

Mitrovic is the Golden Boot favourite. Brentford's Neal Maupay, who scored 25 Championship goals last campaign, is expected to challenge. The Frenchman, however, is heavily linked with a move away from Griffin Park.

Elsewhere, Jarrod Bowen must score 20 plus for the second time in a row for Hull City to thrive. Likewise, Oliver McBurnie at Swansea City, although he's reportedly set to leave the Welsh outfit sooner than later.

The Championship gets underway tonight as Luton host Middlesbrough at Kenilworth Road.

There are some big opening clashes which will give a good indication of where sides are at. Those include Sunday's encounter between Bristol City and Leeds followed by Huddersfield hosting Derby on Monday night.

August's standout contest takes place on Friday the 30th, screened live on Sky. Cardiff City and Fulham face off in what should be a cracker.