All eyes will be on Football League newbies Salford City this coming season. They aren't the only League Two club with lofty ambition. We run through those aiming to reach English football's third tier come May, as well as those with more grounded aspirations.

Leyton Orient and Salford were promoted from the National League in very different circumstances at last season's end. After securing the title on the final day, the O's suffered the tragedy of manager Justin Edinburgh passing away six weeks later. The club is sticking together during difficult times. Should the players continue to perform as they have, a top-half finish is achievable.

For Salford, when the Class of '92 set out transforming the club, their long-term goal was to attain Football League status. Having made it, they're still not content. They've strengthened the squad again this summer, signing nine players. Expect them to fight for yet another promotion.

Plymouth Argyle, Walsall, Scunthorpe United and Bradford City are the four teams to drop down from League One. Of those, only the Bantams have stuck with the same manager. Gary Bowyer has done good business in the market. As a result, his men are the most likely to jump straight back up.

Walsall hasn't been in England's fourth tier since 2006/07. That campaign, the Saddlers were able to finish top. This time around, a season of consolidation awaits. The same could apply to Scunthorpe. A year ago, the Iron wouldn't have believed this possible. They had been threatening Championship promotion, reaching the playoffs twice in a row. 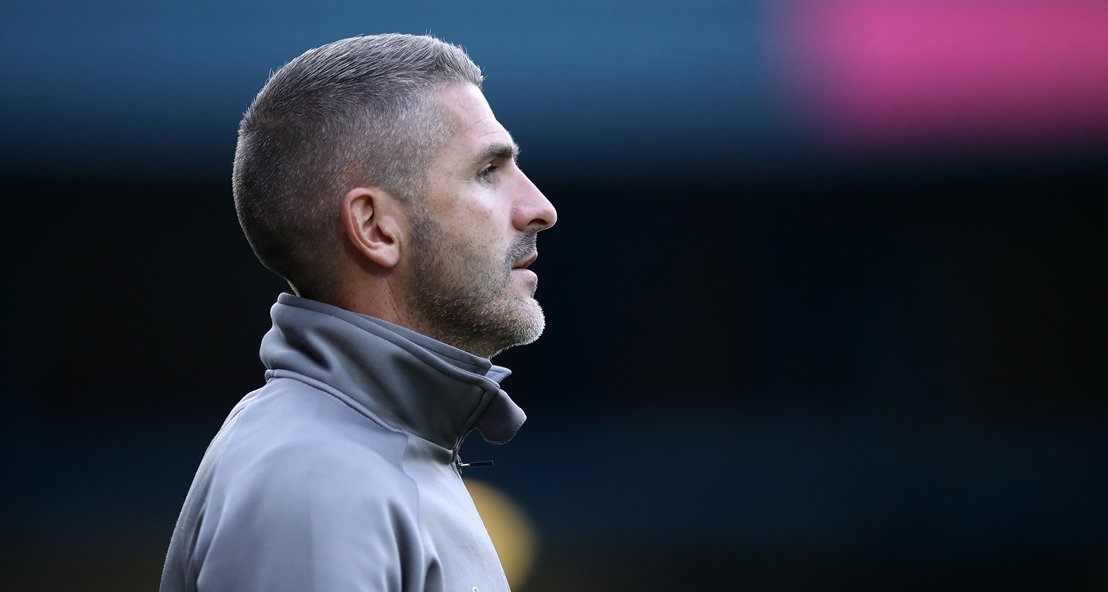 After years of just about hanging on, Morecambe start as League Two relegation favourites. It's not all doom and gloom for Shrimps fans. This was also the case 12 months ago and their team survived comfortably.

Sol Campbell arrived mid-way through last season to save Macclesfield Town. Since then, off-field woes in high courts have dominated the Silkmen's summer. It will take something special to keep them up again.

Grimsby Town face a struggle, too. After returning to the Football League in 2016, the Mariners have failed to make an impact, finishing 17th and 18th in the last two campaigns. Is this the season they drop out?

Many tip Port Vale to go down. A change of ownership and smaller budget mean trouble for the Valiants. The three C's, Cambridge, Crawley and Cheltenham are others which will find it tough. Thay each positioned in the bottom eight last time out.

Bradford are given the League Two title-favourite tag. For good reason. They have players who've performed higher up the pyramid, such as Clayton Donaldson. If those talents hit top form, promotion beckons.

Salford are next in line. Despite no big-money signings like last summer, their squad is more than capable.

Mansfield Town came close last season, missing automatic promotion on the final day in a winner takes all game against MK Dons. The Stags then fell in the play-off semi-finals. Strengthening further since means they should secure a top-three finish. Plymouth and Scunthorpe are both fancied with the bookmakers as well. Of the two, the Pilgrims are best positioned.

That's not to forget Forest Green Rovers and Newport County. Both made last campaign's playoffs. The Green Army are on a mission. It's only a matter of time before they reach League One. 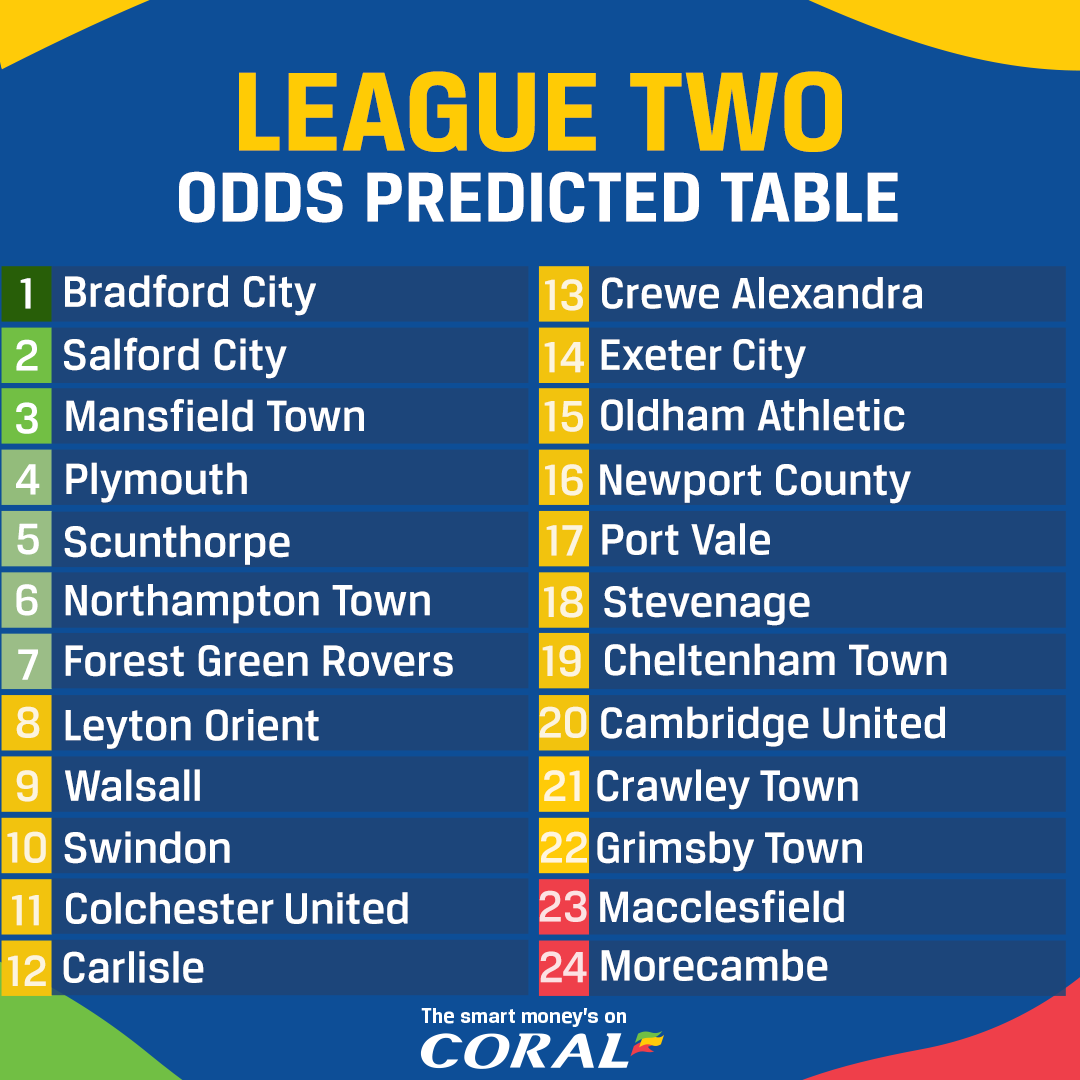 Coral
Coral
Follow
According to our odds, this is how the League Two table will end up in May!

Many managerial changes have taken place in League Two this summer. Those include the three relegated sides.

Ryan Lowe is the standout mover. The Plymouth boss led Bury to League One in April, despite their off-field problems. His appointment could prove hugely important to Argyle's hopes. Mansfield had a switch in the dugout, too. Their former academy coach, John Dempster is now tasked with ensuring promotion.

Teams haven't spent a huge amount of money in this window. Squads have been improved, though. A significant arrival, Oldham Athletic brought in George Edmundson from Rangers for around £700,000.

Salford, relatively happy to pick up free transfers, have added Richie Towell from Brighton & Hove Albion. The midfielder spent the last two seasons on loan at Rotherham United, a side he flourished in to achieve Championship promotion.

Of League Two's eight highest scorers last campaign, only one remains in 2019/20.

James Norwood helped fire Tranmere Rovers to promotion via the playoffs before moving to Ipswich Town. Tyler Walker was influential in Mansfield's push, but he was only there on loan from Nottingham Forest. The Stags were able to replace him with another of last season's top marksmen, Nicky Maynard. Bury's financial problems mean he's not the only high-profile player to leave.

Other strikers to watch are Ollie Palmer and Luke Varney. Both are key to Crawley and Cheltenham's survival hopes respectively.

August has dealt the Ammies a fascinating hand. As well as taking on Stevenage, they make the long trip to Plymouth before renewing rivalries with Leyton Orient.

On paper, Bradford have the easiest month of those expected to make a title challenge.