The 2019/20 National League campaign gets underway on Saturday. Salford City may have won promotion in May but there are many more reasons to keep an eye on the division. Some teams have a real chance of escaping non-league football. Others are just hoping to survive.

The most notable new team is Notts County. The world's oldest football club has dropped into non-league for the first time in history. The Magpies endured an atrocious season last time out, despite starting as one of the promotion favourites to League One. I was among those who predicted they would go up!

They're joined in the National League by Yeovil Town, a club which had Football League status since 2003. Both have financial uncertainty with takeover talks not completed. That makes it hard to envisage either bouncing back at the first attempt. County boss Neal Ardley is hopeful a takeover goes through and their current transfer embargo is lifted. Then, they should be ready to compete atop the table.

The winners of the National North and South, Stockport County and Torquay United are former Football League stalwarts. The two will fancy back-to-back promotions. There's no reason for either not to be in top-seven contention. Crucially, each side's huge fan base will help carry last campaign's momentum. Hatters manager Jim Gannon and Gulls' Gary Johnson are as experienced as they come. Expect both to have a solid season.

The other two new teams are Chorley and Woking. Both navigated the playoffs having narrowly missed out on their respective titles in April. The Lancashire side pushed Stockport to the wire before overcoming Spennymoor Town in the play-off final, on penalties. They play good football but haven't made any significant signings in this window. The same applies to the Surrey outfit. Of the promoted sides, they're likely to struggle the most. 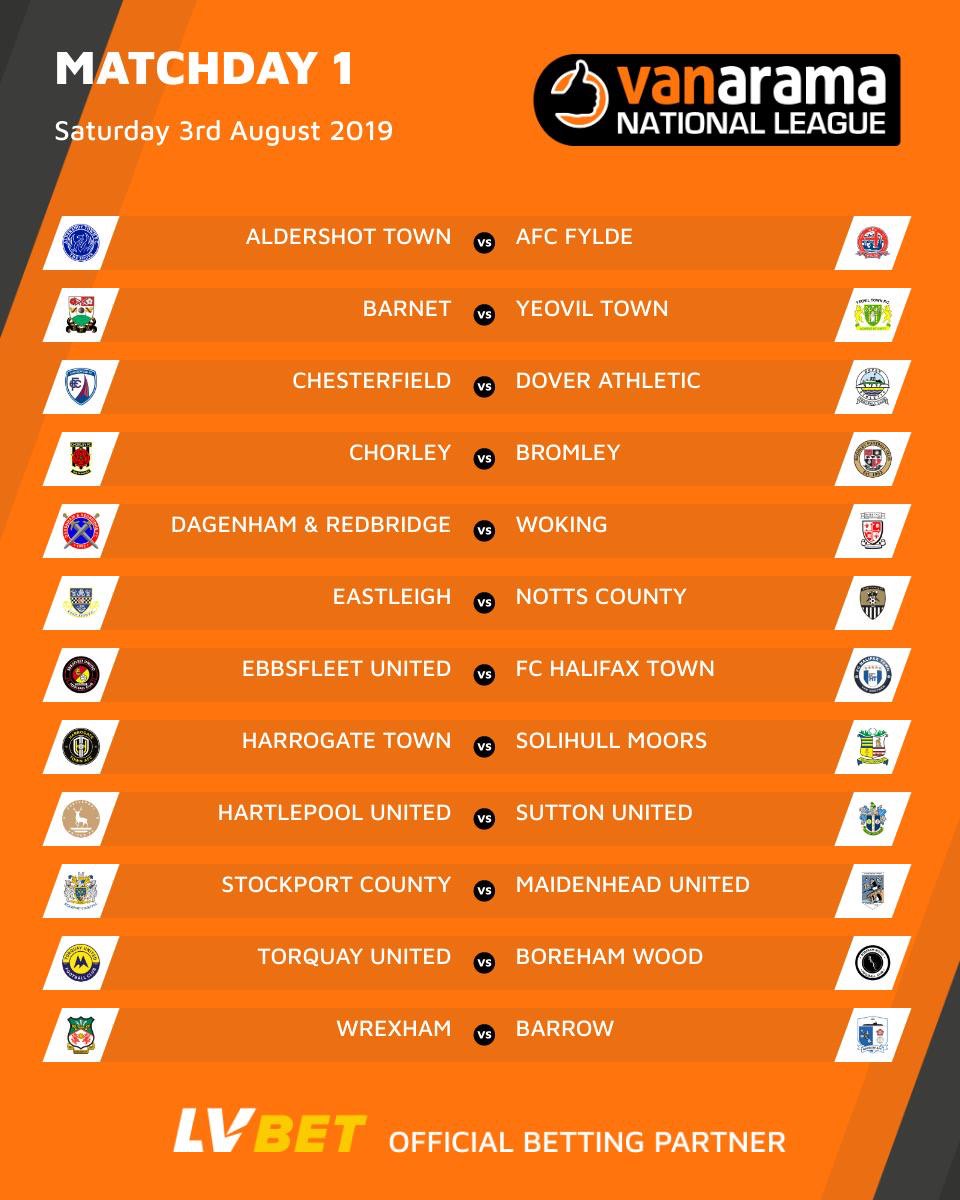 The National League's top marksman last season, Danny Rowe is still at AFC Flyde. He must fire again if the Coasters are to reach the Football League. Given his record, it would be surprising should the 29-year-old not get at least 20 goals.

Macauley Bonne and Adam Rooney fired their respective sides, Leyton Orient and Salford, to promotion last campaign. The division's fifth-highest scorer was Scott Boden. He started the campaign at Gateshead before moving to play a key role at Chesterfield. Like Fylde and Rowe, success for the Spireites relies heavily on Boden's contribution.

Notts County are viewed by many as strong National League title contenders, despite their off-pitch troubles. In recent years, though, club’s such as Leyton Orient and Hartlepool United have needed at least one season to rebuild before challenging for promotion back into the Football League. Chesterfield is another example. A year after dropping down, they're ready to put up a much better fight for a top-seven place.

As the division's longest-serving team, Wrexham will be desperate for a League Two return. The Welsh side were stunned by Eastleigh in May's playoffs. They're capable of going better this time around.

Yet, it's Fylde who should start as promotion favourites. Much like Salford, they're rising rapidly. Money isn’t a problem and in frontman Rowe, they have non-league football's most consistent scorer. They've strengthened well, too, since their play-off final defeat. 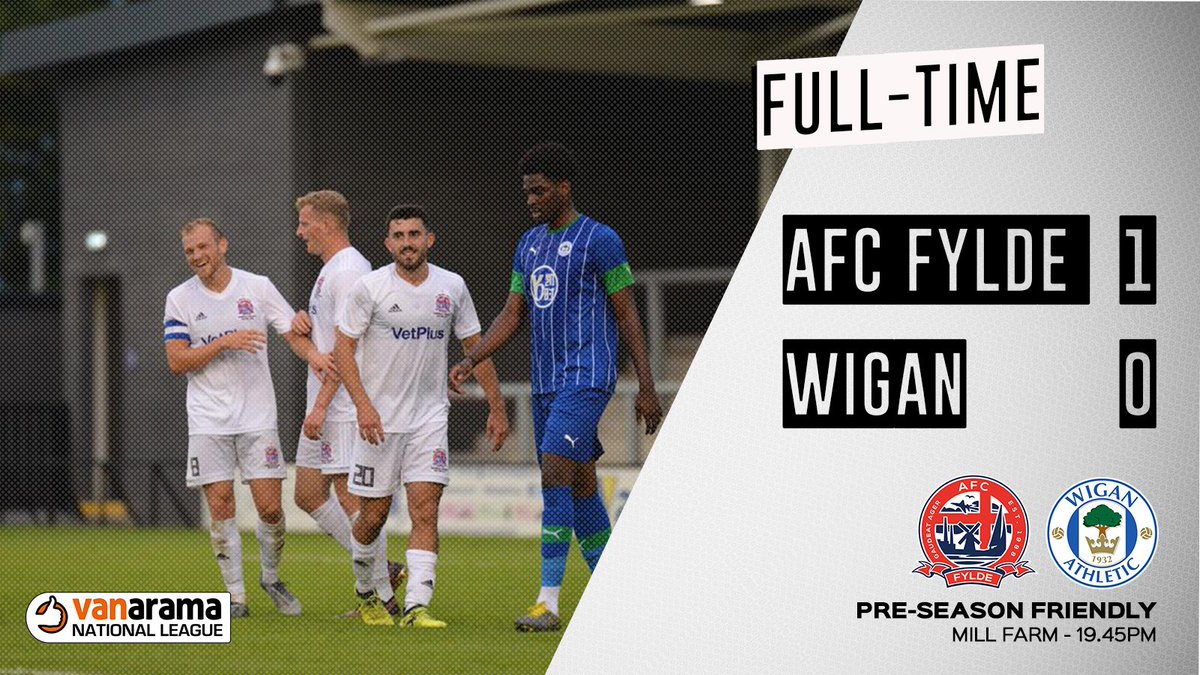 The Coasters run out 1-0 winners against Championship side Wigan Athletic, thanks to Danny Rowe's second-half strike.

Many other teams also fancy their chances. That includes Solihull Moors. Under manager Tim Flowers, they were last season's surprise package. The Moors narrowly fell short of the title on the final day before losing their play-off semi-final to Flyde.

Only spared from relegation last campaign due to Gateshead's demotion to the National North, Aldershot Town will probably struggle again. As will both Ebbsfleet United and Halifax Town, two club’s which have had many off-field problems. It's bound to produce a knock-on effect.

Maidenhead United and Boreham Wood finished just above the bottom four last time. Both are expected to flirt with danger again. The same applies to Dover Athletic as well as newly-promoted Chorley and Woking.

Several National League clubs have changed managers this summer, including Danny Searle moving from Braintree to Aldershot. That's seen as a risk as many believed the Shots would opt for someone more experienced after last season's troubles.

Spending hasn't been as big as in previous campaigns. Still, some notable names at this level have arrived. Harrogate Town brought in veteran Jon Stead from Notts County to bolster their attack. Fylde have also done fine business, signing Scott Duxbury and Kurt Willoughby. The two performed well in the National North.

The National League's opening day pits last season's playoff semi-finalists Eastleigh at home against highly-fancied Notts County. It will prove a good test of where both sides are at.

August has countless matches to get excited about. They include a much improved Hartlepool United hosting title contenders Flyde followed by Notts County at home to promotion hopefuls Wrexham.