FA Cup Fifth Round: Who did Arsenal really beat?

By Kingsley Ukpai
Arsenal Arsene Wenger Craig Eastmond Fa Cup Fifth Round Jamie Collins Paul Doswell Roarie Deacon Slider Articles Sutton United Wayne Shaw
Arsenal successfully navigated the fifth round of the FA Cup by picking up a comfortable 2-0 victory over Sutton United. But who did Arsenal really beat? Who is Sutton United and how large is the gap between them and the famed pride of London, Arsenal?

There's been plenty talk about some Premier League clubs being offered an easy passage through the early stages of the FA Cup via the easy draws they get. However, easy draws don't come easier than what Arsenal got in the FA Cup fifth round – the Gunners were paired against relegation-threatened National League side, Sutton United. But that's not the half of it.

Sutton United's shocking 1-0 win over Leeds United at the Green Lane meant that they had booked a fifth round FA Cup spot. That victory is one that would go down in the club's history as one of their biggest ever – does that surprise you? One of the biggest victories for 118-year-old Sutton can be traced back to their 2-1 FA Cup third round home defeat of Coventry City in 1989 (who were Cup holders at the time). It was an unforgettable moment for Sutton United and they were thereafter dubbed 'FA Cup giant killers'.

Sutton United are currently in the 17th position in the English National League, just two points better than Woking, who is rock bottom. But come on, lets cut Sutton some slack – the majority of their players are part-time footballers who earn just a few hundred pounds from playing football.

Sutton United first choice goalkeeper, Ross Worner, is a Framer who, being a part-time footballer, specialises in framing football shirts as his major source of income. Worner told the BBC that he was hoping to get some extra cash by framing shirts gotten from Arsenal players after their FA Cup game.

Sutton's second choice goalkeeper, Wayne Shaw, is more of a spectator than a footballer – the 46-year-old GK became an internet sensation last night when he was caught on camera eating a pie while his team struggled to contain Arsenal.

Kingsley
KingEmeka1
Follow
The highlight of the FA Cup so far 😂😂
https://t.co/2WSbaKOTA9
Follow
21:58 PM - 20th Feb 17
1
0
Unfortunately for the roly-poly keeper, this turned out to be a publicity stunt for a betting company and has cost the keeper his job with the club for potentially breaching the strict betting rules set out by the Football Association. 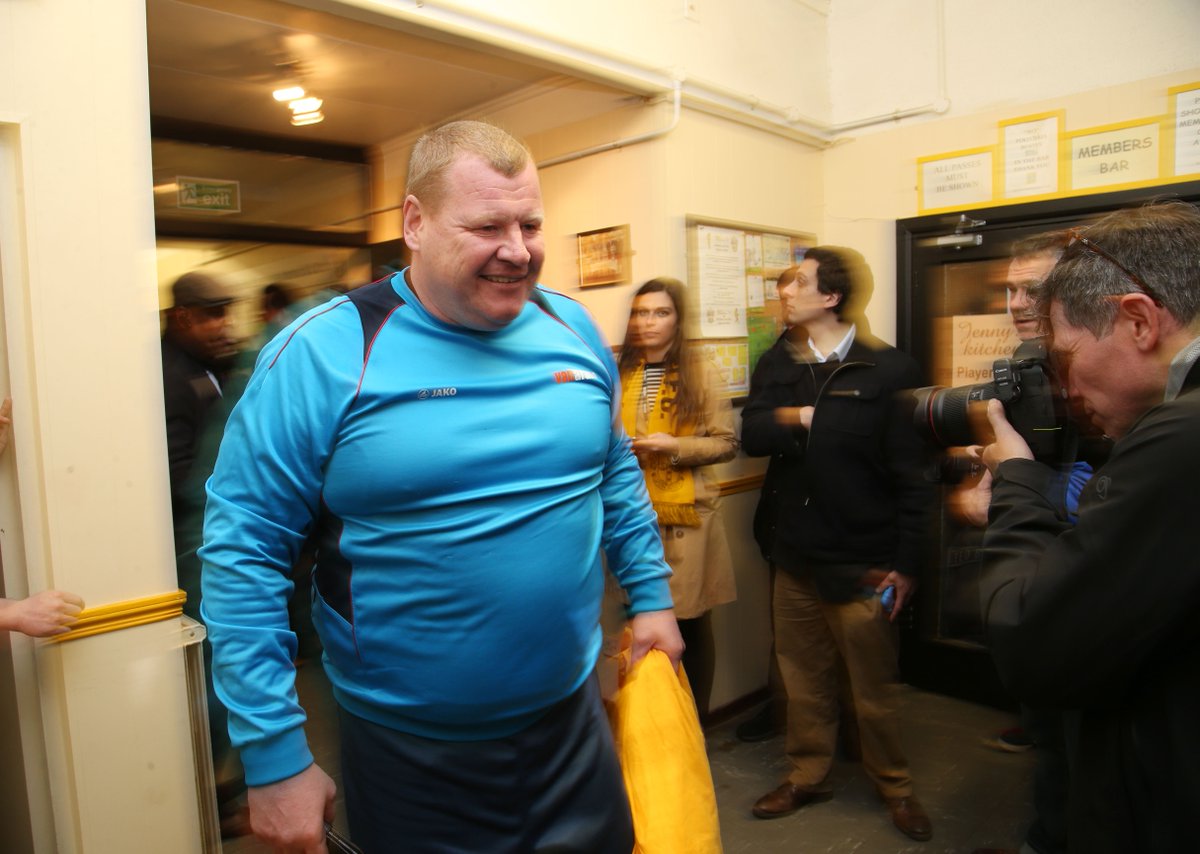 A rollercoaster 24-hours for Wayne Shaw https://t.co/WQNp5VCQb2
Follow
16:59 PM - 21st Feb 17
1
3
Sutton United's centre-half, Jamie Collins, is famed for being a building supervisor, a job which the defender considers as his main source of livelihood. Sutton's striker, Dan Fitchett, works in insurance, while right fullback, Daniel Spence works as a teacher in a special needs school in south London.

The skipper and gaffer are also not left out – Sutton United's captain, Jamie Collins was a primary school teacher and taught as a football coach before signing a contract with Sutton. Interestingly, Sutton United's manager, Paul Doswell, has worked for Sutton United for FREE, for nearly a decade – guess how much Arsene Wenger is being paid yearly? That's more than four times the entire worth of Sutton.

Sutton United director, Bruce Elliott, said to the Telegraph about Paul Doswell: “We don't pay him, it's unique. Actually, not only do we not pay him a penny, he sponsors us. So he's actually paying us to be our manager.”

Sutton United also boasts of a couple of players who had failed careers with Arsenal. Sutton's midfielder, Craig Eastmond, made a Premier League and Champions League debut for Arsenal but left in 2011 to join Millwall having failed to get into Arsene Wenger's reckoning. Roarie Deacon also had an unsuccessful spell with Arsenal.

The entire Sutton United squad is valued at €2.15 million; whereas a good number of Arsenal players earn twice that figure every year.

Arsenal had beaten a Sutton United in the FA cup fifth round – let that sink in! FA Cup David vs Goliath draws, doesn't come better this.