Ten non-league sides competed in the FA Cup second round over the weekend. Although none were able to book a ticket to the third round, several remain fighting in this season's competition.

Leatherhead took the lead on Sunday at Wycombe Wanderers and had chances to go further ahead. The League Two team ultimately proved too strong, though, as the Isthmian League side crashed out 3-1.

AFC Fylde put on a good show in front of the BBC cameras against Wigan Athletic on Friday night. Danny Rowe's penalty levelled the game at 1-1 to earn a replay for the fifth-tier side. A victory at the DW Stadium will see Flyde travel to Premier League club Bournemouth in the third round.

Another non-league side still in this season's FA Cup are Woking. After drawing 1-1 with Peterborough United, they may feel disappointed not to have won outright. The winners of the replay will face Aston Villa next up.

Of the four sides in tiers six and seven in the football pyramid, only Hereford FC remain alive in the FA Cup. They have a great chance to progress to the third round after drawing 1-1 away to League One Fleetwood Town. Despite taking the lead, the Bulls will be pleased with the result and optimistic ahead of the replay. If Hereford win that game, a fantastic tie awaits: a home encounter against 2015/16 Premier League champions Leicester City.

This is how fans of @HerefordFC celebrated the full time whistle at Fleetwood on Saturday as the non-league side secured a replay after a 1-1 draw. https://t.co/gR7MqkJ6gW
Follow
10:59 AM - 4th Dec 17
49
70

Slough met Rochdale on Monday night live on BT Sport. The Sothern League minnows were unable to shock the League One side, beaten 4-0.

Four other non-league teams played at the weekend. All were comfortably knocked out. Boreham Wood lost at Coventry City 3-0, Guiseley by the same score-line at Mansfield Town, Gateshead 5-0 against Luton Town and Maidstone Town 4-1 away to MK Dons.

The best of the rest

There was plenty of FA Cup action away from the non-league sides, with Blackburn Rovers and Crewe Alexandra among the standout games.The two teams shared six goals on Sunday. Having been 3-0 up, Blackburn had two men sent off, allowing Crewe to fight back to earn a draw.

Newport County overcame Cambridge United 2-0. The Welsh side drew a crowd-pleasing tie at home to Leeds United in the next round.

Without a doubt, the battle between the Merseyside giants Liverpool and Everton is the standout tie.

Wimbledon’s fairy-tale story has continued in recent years. The League One side have the chance to write another chapter when visiting the home of football to take on Tottenham Hotspur. 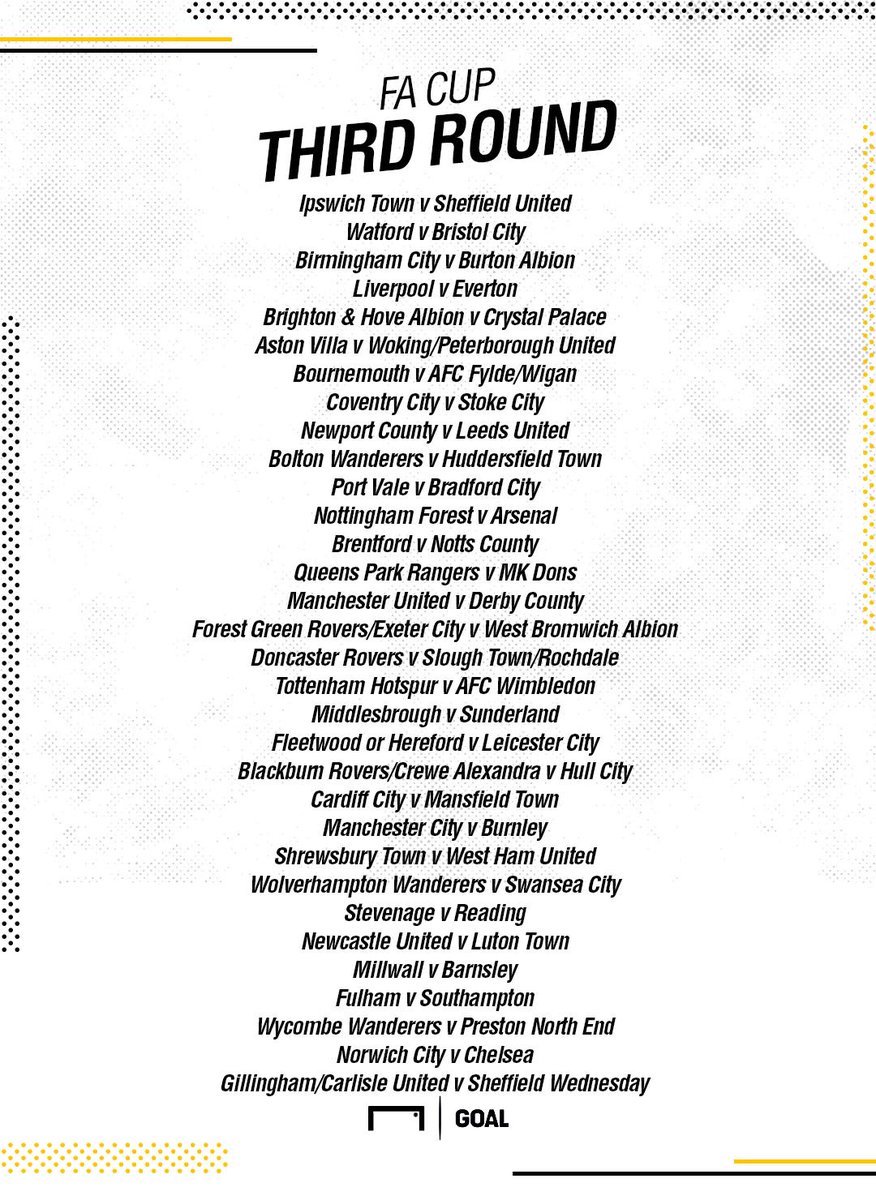 The second round replays all take place on Tuesday, 12 December. For Woking, Fylde and Hereford, in particular, it will be a huge night.

Although the FA Cup’s significance may be dwindling for the country's elite clubs, it remains the highlight of the season for many lower league sides.

The magic isn’t over yet.