Where are the FA Cup 2nd Qualifying round upsets?

The campaign is now well and truly underway. We've had the early-season mad rush followed by the international break. Now things are finally settling down into a rhythm with the FA Cup also in full flow. Ahead of the latest qualifying round this weekend, we've decided to take a look at what teams to potentially keep an eye on for potential shocks.

Some may think the FA Cup starts in January when the third round takes place, or in November with the first round proper... However, this year's competition has been underway since the first weekend of the season - with an extra preliminary round. This weekend sees the second qualifying round take place, with sides needing to progress through this and then a further two rounds to reach the first round draw.

This stage sees teams from the National North and National South divisions enter the competition - before those in the National League join in the fourth qualifying phase.

Two sides from the tenth tier of the pyramid did make the draw for the second round, but both lost in replays so the lowest-ranked sides still in the competition come from the ninth tier, 14 of them to be precise!

It's guaranteed that one ninth-tier side will make the third qualifying round as two of those sides face off. Walthamstow are based in London and produced a big shock to win at Aylesbury United from a division higher than themselves last time out, eventually winning that one 3-0. So far, they've come through their three FA Cup ties in style, having not conceded a goal and scoring ten in the process.

Their opponents, Abbey Rangers, also produced a shock in the last round; winning 1-0 away at Whitehawk. The 2016/17 term was the first time they've played in the FA Cup and their showing this year is the furthest they've gone in the tournament.

This is a fantastic opportunity for both sides to give a good account of themselves and edge one step closer to the first round proper. 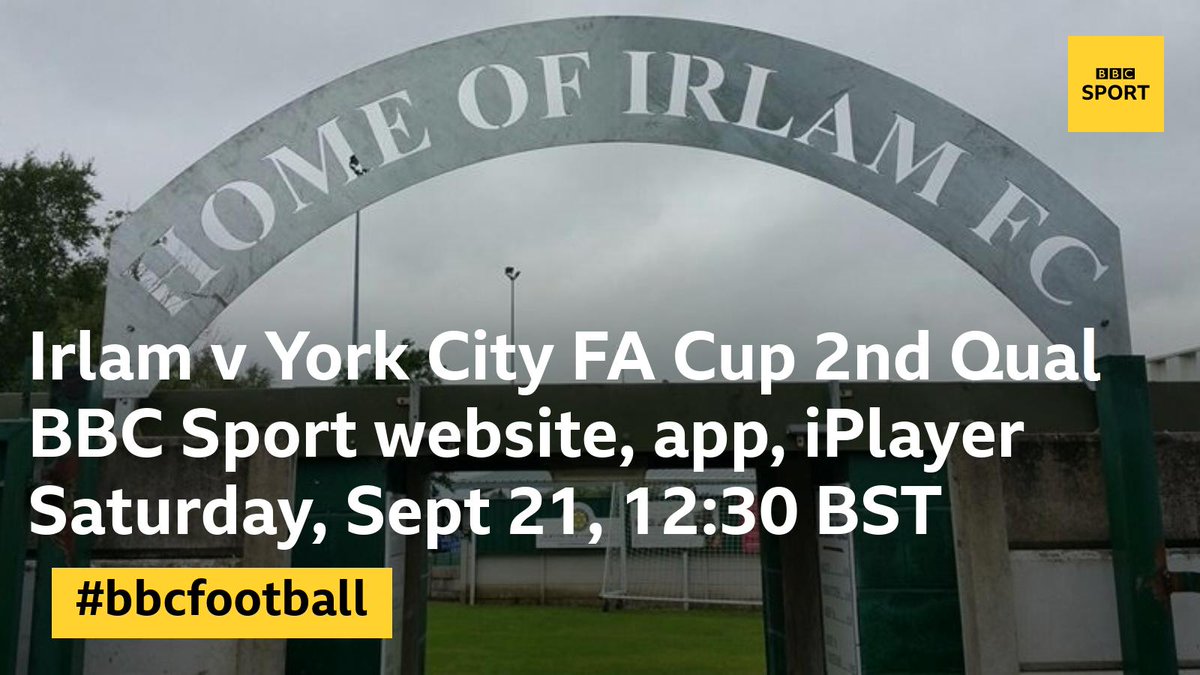 BBC Sport
BBCSport
Follow
The #FACup second qualifying round tie between Irlam and York City will be shown live on the BBC.

York City is amongst the biggest clubs entering the competition at this round, and their trip to step nine side Irlam has been picked as the tie to be shown live on BBC Sport’s red button and online services.

Irlam, based in Manchester, play in the North West Counties League Premier Division where they have been since earning promotion in 2016. Last season, they reached this stage of the competition - which is the furthest they have ever been and they'll be looking to go one better this term. In the last round they overcame Charnock Richard 2-0; another side from their division.

That said, the task they face is huge. Not only are they playing a side three divisions above them, but they are also facing one of just a few unbeaten teams in the country. Before a ball was kicked, York were favourites to win the National North and they have started fantastically. Former Newcastle United player Steve Watson is at the helm and while the league will be their priority this season, I expect no favours to be handed out on Saturday.

Regardless of the result, this will go down as arguably the biggest day in Irlam's history. 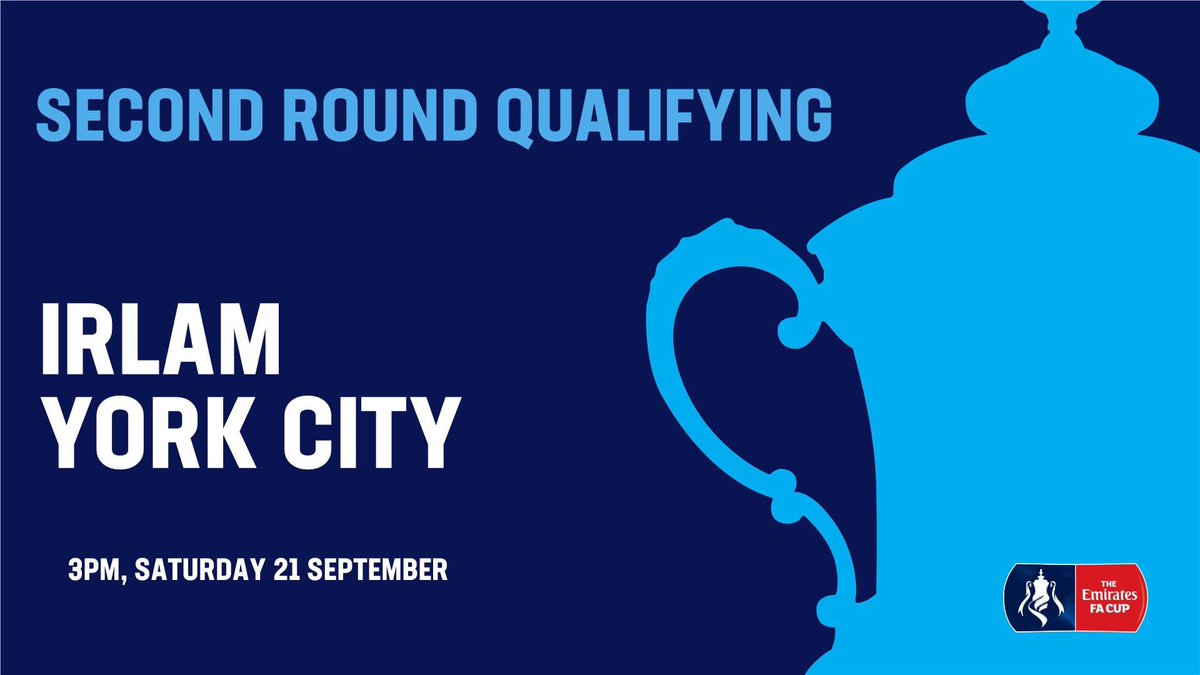 We have been drawn at home against @YorkCityFC in the @EmiratesFACup 2nd Qualifying Round.

Other step 9 sides with a chance of progressing

There are another eleven step nine sides in the draw for this round, though it goes without saying some will have an easier task than others. Stockton Town from the Northern League reached the FA Vase final in 2018, but they'll face an uphill battle away at Guiseley from the National North. Likewise, Runcorn Town host Farsley Celtic - who have started life in the sixth-tier extremely well following promotion.

One fixture that should be earmarked as a potential 'cupset' is Badshot Lea, who host Southern League South Division side Hayes and Yeading. The visitors haven't started their campaign too well, with the hosts having a real shot at beating a team two divisions above them.

There are four ties between National North/South teams - meaning some Non League heavyweights will fall at the first hurdle. The pick of the ties sees Chester, second in the National North, host Altrincham, who made the playoffs in the same league just last year. Elsewhere, Curzon Ashton host bottom of the table Blyth Spartans. Up the other end of the table, two teams currently in the play-off places meet, when Alfreton host King’s Lynn Town.

From the National South, Tonbridge meets Eastbourne Borough, with both sides struggling largely to start off their 2019/20 campaigns.

With the prize money at stake, these FA Cup qualifying matches will be the biggest games of the season for some clubs. Although the money doesn't sound colossal, £6,750 is given to the winners while a further £3,750 is guaranteed even if they lose in the next round. At this level, it can be game-changing, but most importantly, victory takes these sides one step closer to the first round proper.