FA Cup Third Qualifying round games to look out for

The FA Cup qualifying rounds keep coming thick and fast as we're rapidly approching the first round proper. We're now at the third qualifying round which takes place this weekend. Sides left in the competition are now just two wins away from the promised land, where potential ties with the likes of Sunderland, Portsmouth or Ipswich Town await.

No new teams enter the competition in this round meaning there are 40 ties this weekend - with the winners going into the final qualifying round draw where they will be joined by the 24 clubs from the National League.

Three sides remain from the ninth tier of English football, and reaching this stage is a fantastic achievement for the trio.  They've come through four FA Cup matches already, which in effect, is the equivalent of a League One or League Two side reaching the fifth round proper.

Anyway, le's take a closer look at the ties to watch out for...

Of the three sides from the lowest tier left in the competition, Abbey Rangers have by far the best chance of qualifying as they host Whyteleafe who are only one division higher. Abbey Rangers have produced shocks already, but in the last round, they overcame Walthamstow from the same level after a replay. This is already two stages further than they've ever gone in their history and no doubt they'll fancy their chances of continuing their journey for another round at least!

Whyteleafe, though, will see this draw as the perfect opportunity to extend their own fairytale.  They ply their trade in the Isthmian League South East Division. Twenty years ago in 1999 they went all the way and made the first round of the competition and they've been given a fantastic opportunity for them to do the same again this term.

The other two ninth tier sides both have tough away ties against teams three divisions higher than themselves. Hadley, from the Essex Senior League, go to Havant and Waterlooville who sit third in the National South. The hosts are looking to bounce back this season having been relegated from the top tier of non-league football last term. Hadley produced a shock to dispatch Ramsgate from the eighth tier in the second qualifying stage. This is only the second time they've reached this round and they've never progressed further.

Tavistock are the final side from the ninth level of the English game still with FA Cup hopes. They go to Welling United who were just one game away from promotion to the National League last term; losing in the playoff final to Woking. Tavistock knocked out an eighth tier side in the previous round and they did so in emphatic fashion, thrashing Highworth Town 4-0. This is the joint-best FA Cup run Tavistock have ever had, previously reaching this stage way back in 1954! They're currently plying their trade at the highest level in their history, though this game will be tough. That said, Tavistock are a club on the up and in this competition, anything can happen. 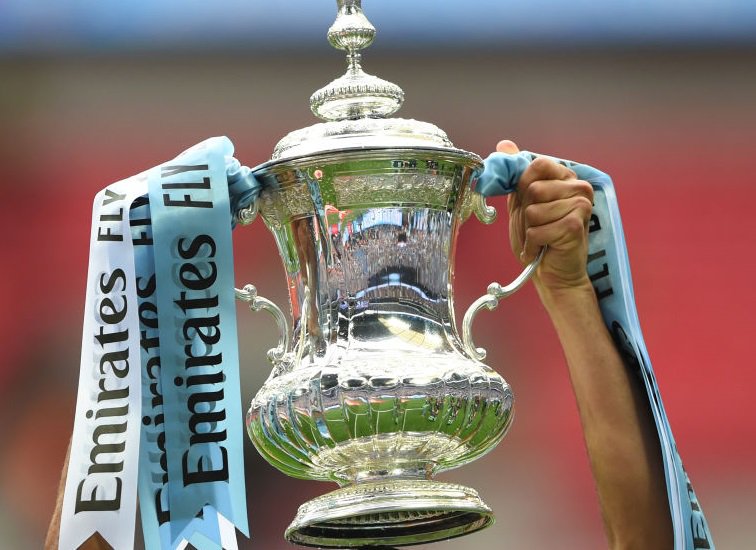 Along with the Abbey Rangers/Whyteleafe tie, which guarantees at least one team from the eighth tier or lower will be in the final qualifying round, another two will join them with another a pair of matches pitting sides from the same level against each other.

Two teams certainly in great form, go head-to-head in this one as Maldon & Tiptree and Chertsey Town meet. The hosts are top of the Isthmian League North Division despite having played fewer games than many around them. Chertsey have also started nicely and are in eighth place in the Isthmian League South Central Division having only been promoted last season. They've already tasted cup glory when they won the FA Vase final at Wembley last year.

Dunston are another side who were promoted to the eighth tier last season. On the surface, they appear to have made a slow start in the league, sitting 18th, but they have only played six fixtures due to their success in cup competitions. Colne are 15th in the same division, though they're three points better off having played one game more.

The game picked to be live on the BBC red button and online service sees Southern League Division One Central's Halesowen Town host National North's Altrincham. Alty reached the playoffs in the National North last season but have yet to get going in the league this time around - sitting down in 18th. They did pick up an impressive win in the last qualifying round though, knocking out Chester who are second in the National North. If you're watching, look out for two strikers who are deadly on their day. For Halesowen, Montel Gibson has already scored 13 times this season, whilst for Altrincham, striker Jordan Hulme has netted five times thus far; but was amongst the top scorers in 2018/19.

This round is always likely to pit National North and National South sides against fellow teams from their division. One to look out for is Billericay Town v Bath City, with the hosts once again being in the limelight due to plenty of off-field issues.

Winners from this round receive £11,250; a huge sum for many still in the competition. It really can make a difference to players careers and club’s futures. Who will make the headlines this weekend in another huge weekend for non-league football?