The first part of a new series taking a look at the long term future of Scottish football.

Running a football club is difficult business. In Scotland, it’s harder than most places. The Old Firm's outrageous dominance combines with poor weather conditions, low population and a lack of central funding that hinders most competitors from establishing any momentum. It's a tiny market that Celtic and Rangers cornered long ago.

Why then, would anyone suggest fan ownership is remotely viable? If experienced businessmen with huge war chests behind them can’t drive a club forward, how can a group of average football fans hope to achieve success? The answer lies in motivation, accountability and sustainability.

When a club functions under a majority shareholder, it is essentially a monarchy. It can work with benevolent owners seeking the best for football in the area. When they willingly prime the pump no matter how dry the well, you have your footballing Henry VIIs, ruling with efficiency and wisdom. Such caretakers are rare gems, however, not easily replaced. Predictably, the club passes into the hands of a Henry VIII, driven by petulance and greed.

Football fans hold their club’s best interests to heart. While an element of democracy can make operations ponderous, a board will still be elected, preferably comprising supporters with sufficient business experience. If these groups don’t possess the financial capital for serious investment, they are at least unlikely to siphon off profits or sell the ground for personal enrichment.

Two top Scottish clubs are set to establish fan ownership, following on from Motherwell, the only current fan-owned SPL club. St. Mirren will adopt the system next year, joining forces with local charity Kibble to buy out current owner Gordon Scott in exchange for a long-term partnership with the club. Meanwhile, Hearts fan paid off a loan to current director Ann Budge and will take the reins at Tynecastle in April.

St Mirren are in a good position. Last year, they turned a profit of just under £100,000. A modest sum, but in a world in which many football clubs struggle to break even, it's a good start. They own their stadium and training ground. This is fan ownership as it should be. A club living within its means turning a modest profit and slowly progressing off the field, if not on.  Going forward, the Buddies can invest proceeds in their facilities, squad and public image. They’ll never catch the Old Firm but aren’t likely to find themselves bankrupt, homeless or beholden to a monied egomaniac.

Hearts are less stable, seemingly destined for relegation. Their fans are in an uproar over poor management. But fan ownership should help to avert a financial crisis like the one that threatened to send them into administration in 2014. The mechanism gives supporters a much-needed process for steering the club in a direction more to their liking. 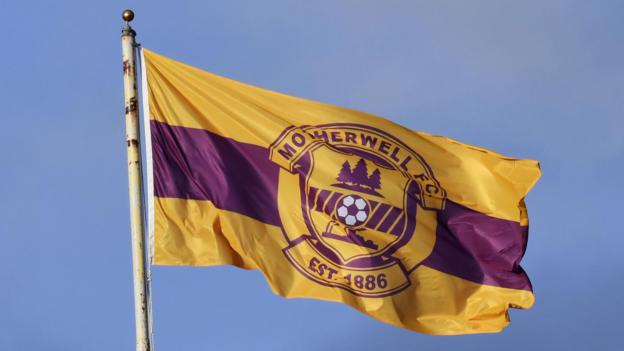 Lower down the leagues, more clubs are going fan-owned. Clyde, Stirling Albion, Annan Athletic and Clydebank are all run by their supporters, with Partick Thistle set to join their ranks imminently.

New models for fan ownership are developing too. Lowland League outfit Caledonian Braves recently adopted a subscription model with fans paying £25 per season in exchange for an app allowing them a say in transfers, team selection, branding and everything else that running a club involves.

It’s been done before in England with Ebbsfleet united, but to call this model “fan ownership” is somewhat misleading. Indeed, the club are recently formed and only dropped their branding as Edusport Academy to begin this season. The 800 football thrill-seekers buying into this model are unlikely to stick by the club beyond a couple of years.

Fan ownership comes with its downsides. Dundee abandoned the model in 2016 after struggling to unite their fanbase and push the club forward. A US consortium took over. While supporters’ groups retained a percentage of club shares, new owner Tim Keyes is in talks to buy a portion of their ownership, allowing him full control of the club. This could result in a stadium move or even, horror of horrors, a merger with nearby rivals Dundee United.

The Dee's situation illustrates the pros and cons of stable, fan ownership perfectly, veering between underfunded lack of ambition and uncertainty at the hands of a morally suspect chairman. There’s no firm answer on which model is better but the coming years may sway the argument one way or another. With more clubs handing control to the people who care most, their success, or lack thereof, could shape the future of the Scottish game indefinitely.