West Ham fans were frothing at the mouth when a deal for Felipe Anderson was agreed over the summer, and rightly so. The Brazilian, now 25, spent five seasons with Lazio in the Serie A. Around twelve months or so ago, the big fish were circling. Anderson wanted a move to the Premier League, he finally got it, although he likely would have set his sights higher than the London Stadium.

Make no mistake about it, though, West Ham is a huge club with massive ambitions. Their spending spree during the latest transfer period was a message. After a relatively slow start, The Hammers have begun to move up the table with some convincing performances. Anderson has been at the heart of everything good about their play.

In West Ham's two most convincing performances this campaign, their £40million star has been at the heart. First up, he scored an excellent goal at home to Manchester United in a 3-1 victory. Throughout that game, Anderson was a constant thorn in the Red Devils' side. His pace, movement, directness and footballing brain was on full display. It was at this point that Irons fans knew they had an elite-level player on their hands.

Last weekend, at home to a resilient Burnley team, Anderson shone again. West Ham were down 2-1, the Brazilian dominated the next 15 minutes, scoring twice to turn things around before Javier Hernandez finished things off with a goal in injury time. The tricky winger wanted to stand up and be counted, he demanded the ball, he knew he could change the game. Boy did he... 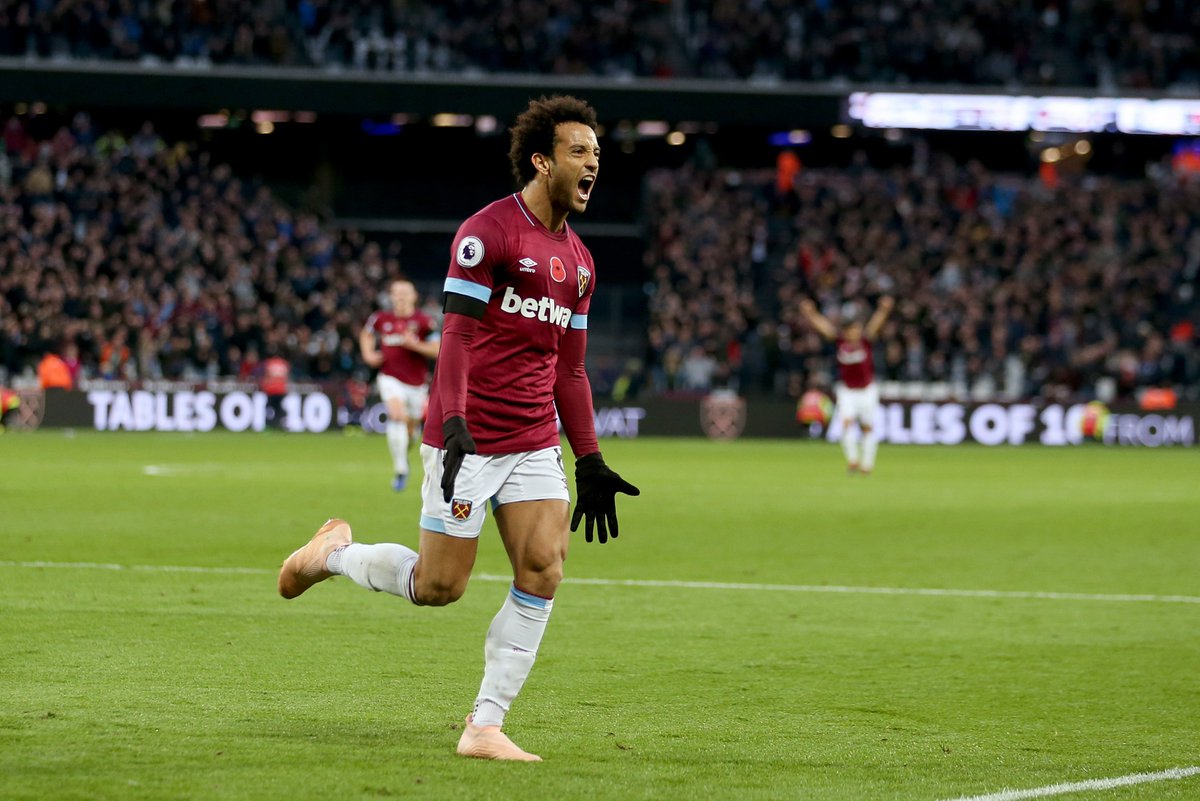 Sure, having top quality players like Marko Arnautovic alongside you certainly helps, while their manager, Manuel Pellegrini is amongst the best in the country. Don't forget that the man from Chile does have a Premier League title under his belt. He also has an excellent track record when it comes to improving player performances.

Anderson has the ability to lead this time. West Ham sits in thirteenth right now. Over time, that position will improve. With Andriy Yarmolenko sidelined for the foreseeable future, it's down to the #8 to be the master craftsman. He has wanted the Premier League limelight, now, the floor is his. This season will prove whether Anderson will sink or swim in English football's toughest competition and if recent form is anything to go by, the league better watch out because my, this ball is talented.

Not only will he chip in with goals, but it's also the assists, the leadership, the raw talent. When he's on form, there seriously aren't many better in the country. I don't think it's a stretch to say that a fully fit and firing Anderson is borderline unplayable, and he's only going to get better as he continues to adapt and adjust.