Forget the world, I owe Liverpool Football Club an apology. Earlier in the week, I questioned whether they were cursed by their association with LeBron James. A supremely talented squad, they appeared poised to come up short in a big moment once again, much like the four-time NBA MVP who owns a two per cent stake in the Merseysiders. Then they fashioned a fightback for the ages. It’s Barcelona, their manager and superstar who must answer questions about coming up short for the second year running.

The Catalan giants already successfully defended their 2017/18 La Liga title and are poised to retain the Copa del Rey if they can defeat Valencia on the 25th but are also the side who’ve frittered away a three-goal advantage in the second leg of a Champions League tie in consecutive seasons. Ernesto Valverde could become the first manager sacked despite winning two domestic doubles on the trot. Lionel Messi must look Camp Nou denizens in the eye after standing in the centre circle with a microphone and promising them the European Cup before their Liga opener.

Yesterday, Manchester United’s Juan Mata tweeted to Red Devils’ supporters that they deserved better. Most of the world considers Messi the best footballer in the known universe yet he owes his followers a similar message.

When you think on it, Leo accepted undeserved credit for putting Liverpool to the sword in the first leg. His free kick was a thing of beauty, no arguments, but Luis Suarez did the heavy lifting in that match. He scored the first goal without any help from the Argentine. Messi scored the second after enjoying the good fortune to find the ball directly in his path after the Uruguayan rang his shot off the bar.

You could forgive the maestro for thinking his curling, dipping set-piece gem around the wall and into the top left corner was enough to put his team in the final even with another 90 minutes to come on hostile ground except for the fact the memory of making the same assumptions about Roma and the Stadio Olimpico were still fresh in his mind.

Barcelona needed to come out with purpose, score a fourth goal and quiet the Kop. Instead, they were at sixes and sevens in everything they did. Messi had chances. He barely made Alisson Becker work in the Reds goal.

Yet even when Georginio Wijnaldum scored twice in two minutes just after the hour to level terms, Barca went into the final quarter-hour knowing a single goal would end their nightmare. Instead, they switched off, allowing Liverpool to seal the tie on a play I never thought I’d see occur in two different kinds of football matches.

Jordan Ghoreishi
GoGoGhoreishi
Follow
Watching this live at the Liverpool fan club of Atlanta was unreal. What a smack down. https://t.co/5KmwTJc0Gp
Follow
02:53 AM - 8th May 19
44
121

The original rendition is known to NFL fans as the Clock Play. It took place at the end of a game between the Miami Dolphins and New York Jets in 1994. With time running out and the Dolphins trailing but driving, Hall-of-Fame quarterback Dan Marino completed a pass deep in Jets territory. Hurriedly, he ran to the line of scrimmage, urging his teammates to line up so he could spike the ball to stop the clock.

When they did and the center snapped the ball, Marino took a step back but, rather than throwing the ball into the turf at his feet, he floated a pass into the corner of the end zone where receiver Mark Ingram had run behind a switched off Jets defence to score the game-winning touchdown.

The clock doesn’t stop in Champions League football and players don’t take the time to regroup every 10 or 15 seconds before putting the ball back in play. Yet, Trent Alexander-Arnold and Divock Origi played out their version of the Clock Play much like Marilyn Manson covering the Eurythmics' Sweet Dreams.

Like Manson, Alexander-Arnold and Origi’s cover version offered depth and a sinister quality lacking in the original. The right-back walked away from the corner as though he intended to let Xherdan Shaqiri replace him to deliver an inswinger. When he realised Barcelona had turned their backs to him and weren’t marking Origi, who hadn’t, he darted back to fizz a low cross directly to the Belgian’s feet. When the dreadlocked centre-forward calmly opened his foot and passed the ball between Marc-Andre ter Stegen and Gerard Pique, both reacting too late, he won the match in the same fashion Ingram had beaten the sleeping Jets. But that was a regular season contest versus opposition the Fins should have defeated handily. It didn’t come against the club and player anointed as the game’s best. It didn’t change the world order in the blink of an eye.

Beyond putting Liverpool into the Champions League final and raising questions about their opponents’ greatness, the play achieved much more.

To begin, it restored the Reds to the perch Sir Alex Ferguson and Manchester United “knocked them off” in a perfectly ironic manner. The goal completed a comeback against the side United could not turn the trick against in the quarterfinal.

It was also done to the squad who produced the previous world champion of comebacks against Paris Saint-Germain. Not only was PSG the club against which the Red Devils enjoyed their last hurrah of the current campaign with an epic reversal at the Parc des Princes, the Ligue 1 champions are the side who pipped Liverpool to group honours before the New Year. 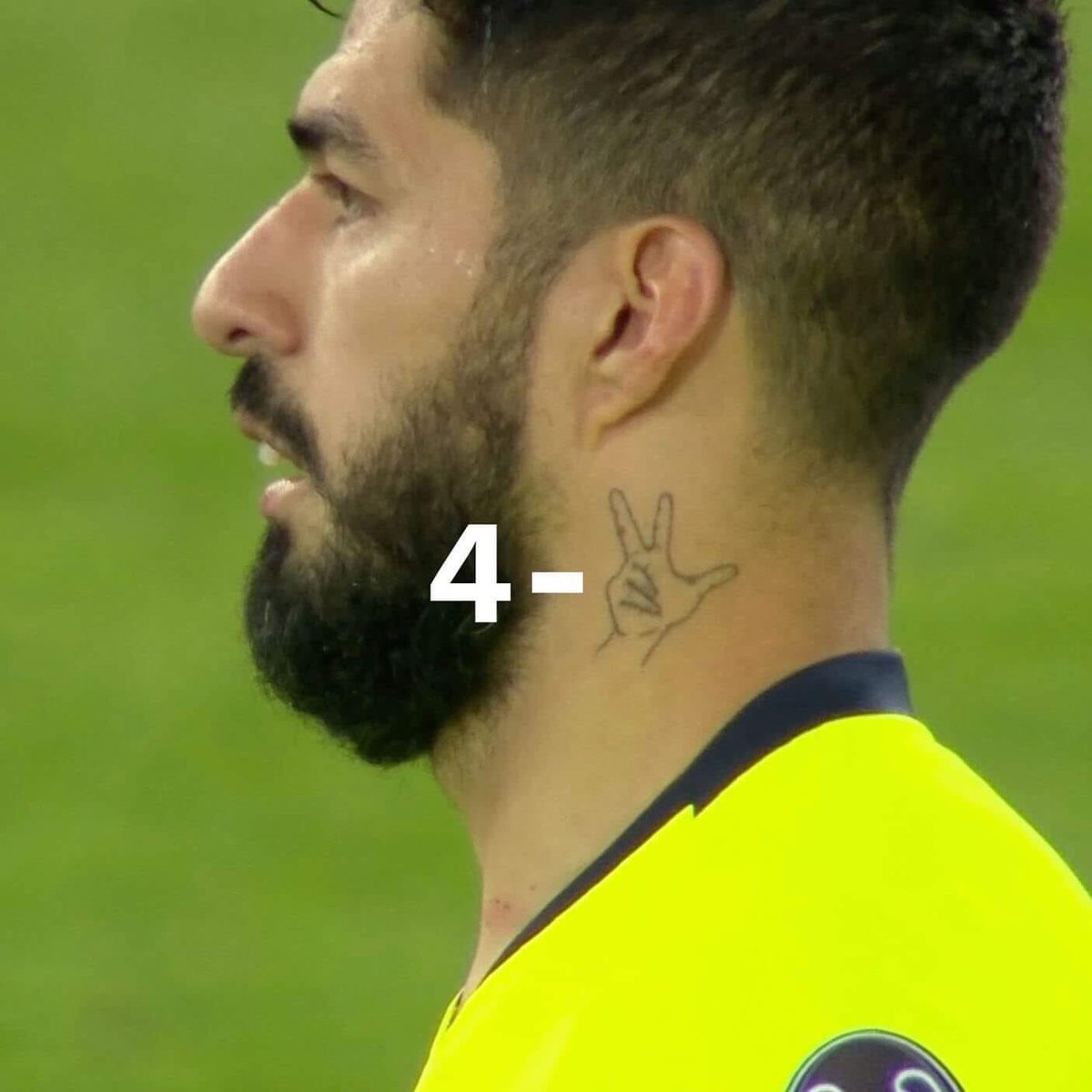 Last but not least, Luis Suarez was made to pay for celebrating his goal against his former club in the first leg. As Liverpool players stood shoulder to shoulder, swaying and singing along to You’ll Never Walk Alone with the Anfield PA system and the Kop End, the camera turned briefly to the Uruguayan standing alone, dazed, looking on by the touchline. The only thing more fitting would have been to segue into the Marilyn Manson version of Sweet Dreams.