Lyon's activities in the summer left a lot to be desired. Fresh from a respectable fourth place league finish and a semi-final berth in the Europa League, Les Gones was expected to hold on to, if not all, at least a handful of its best stars. But no, club president, Jean-Michel Aulas, had other plans. The business tycoon sanctioned the auction of three of their top four performers for over £100m.

First, dynamic midfielder, Corentin Tolisso, was offered to Bayern Munich. Then, long-serving skipper, Maxime Gonalons, ended a 17-year association with the club to join AS Roma. Before his deputy, Alexandre Lacazette, followed suit, moving to Arsenal barely three days later. Between them, the trio had contributed about 50 goals across all competitions last term.

As you'd expect, their repulsive exits left a huge crack in the team; without any true leader and perhaps heading for an identity crisis of some sort. Fekir, the last of the superstar quartet was all alone, vulnerable without the others to bounce off. Instead of sulking and moaning, he took up the challenge to shoulder the burden of the team. Last season, the 24-year-old, himself, found the target 10 times.

And he seems to have gone about that seamlessly. Already this term, the attacking midfielder has notched five goals and two assists in seven matches, including a spectacular from exactly the halfway line against Bordeaux that went viral. Put in perspective, he has had a hand in half the goals and points garnered by Bruno Genesio's team, who would've been somewhere around the drop without their talisman. His impressive return is only bettered by two players, of course, South Americans; Radamel Falcao (11) and Edinson Cavani (7).

Yet, it isn't just about his remarkable prowess in opposition halves that has got many singing his praises, but the manner he has risen to the occasion for OL. Perhaps, the extra motivation for Fekir could be his new role as skipper. Indeed, the Frenchman is a typical modern age attacker, gifted with pace, technical ability, dribbling skills and a lofty presence on the ball. However, his attitude and commitment level has continually been questioned. Now, he's way more focused, determined and sharper physically. No wonder he has amassed more duels than any other player in the league. 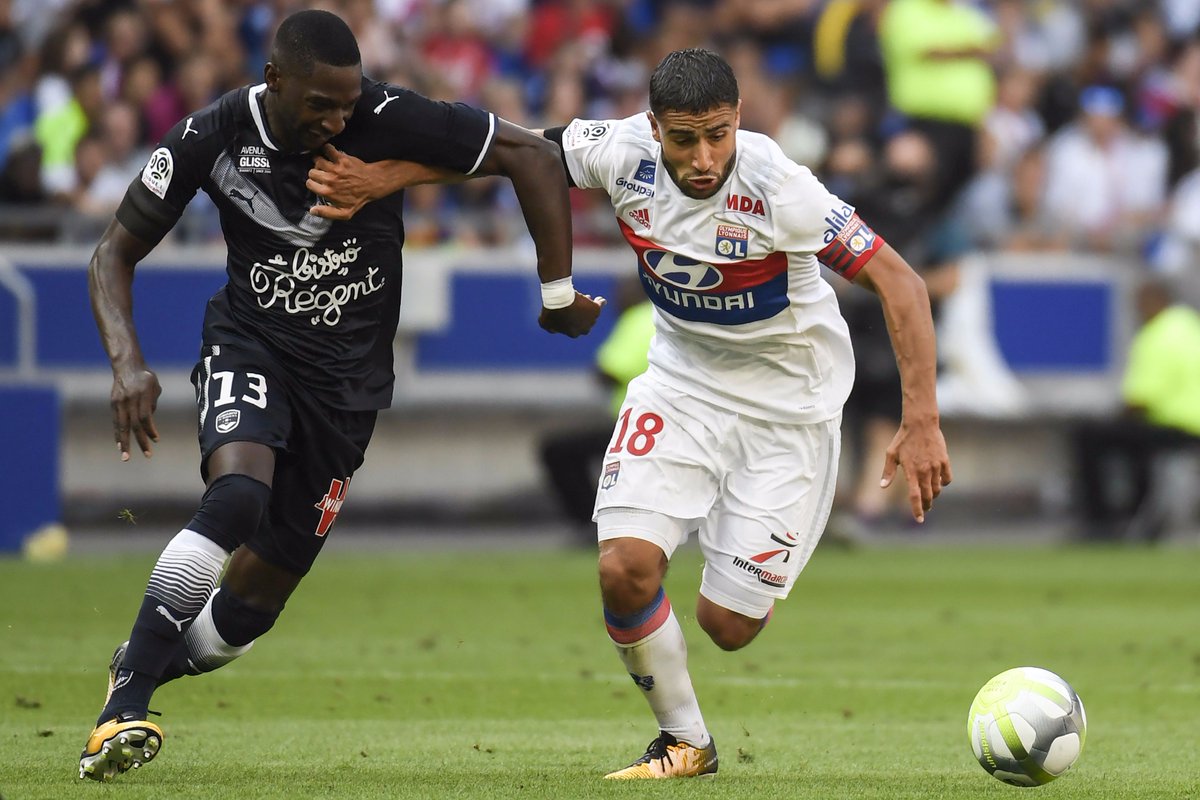 OptaJean
OptaJean
Follow
74 - @NabilFekir has won more duels than any other player in Ligue 1 this season (74). Warrior. https://t.co/ASW22vdUiY
Follow
12:18 PM - 25th Sep 17
102
92
But Fekir will be hoping to avoid a repeat of the seven-month injury that entirely impeded his development in 2015.  Selected to start for his country for the first time against Portugal. His appearance lasted only 14 minutes of a 1-0 victory as he was carried from the field in pain on a stretcher. The timing could barely have been worse: he was in the midst of exploding onto the domestic and European scene. The previous season he had scored 13 times and created nine but hasn't manage to reach that level since then.

Should Fekir keep up his superb form, then be sure to have a French native giving the expatriates a run for their money this season.